The Daily Nexus
Sports
From Sunny SB to the Sunshine State: UCSB To Travel & Play in Citrus Classic
March 1, 2018 at 5:02 am by Max Kelton 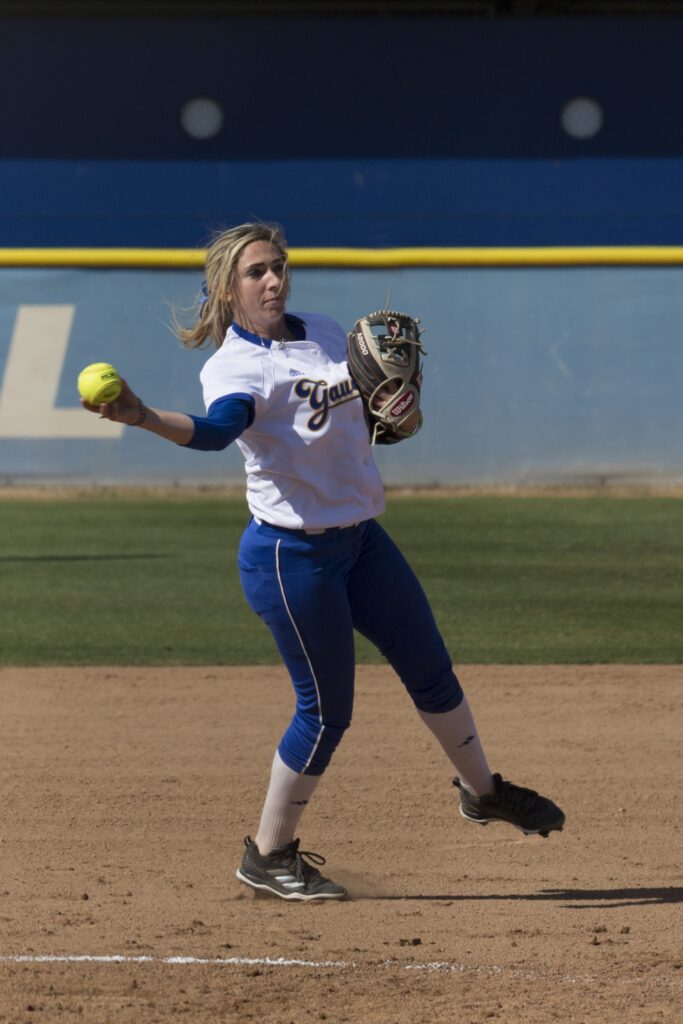 Following a packed Gaucho Classic that resulted in two wins and two losses, the UCSB softball team fell below the .500 mark. Santa Barbara will hope to surpass an even record as it will travel this upcoming weekend to Kissimmee, Florida, to compete in a five-game stretch for the 2018 Citrus Classic II.

It’s been a bumpy season for UCSB thus far, which boasts just a 7-8 overall record, but nevertheless, many positive aspects give the team hope and promise for the latter half of the season.

Sophomore infielder Alyssa Diaz fired out of the gate early in the season, leading the Gauchos to a 5-1 commanding start to the year and batting 11-20 (.550) in those six matches.

Since then, however, Diaz has been lacking similar tenacity at the plate, putting up a below-average .346 (7-28) batting average as the team has struggled, dropping seven of its past nine games.

Overall, in 15 games this season, the pitching staff has been pretty solid for UCSB. As a bullpen, the Gauchos have a 3.51 ERA.

The ‘Chos will kick off this upcoming weekend with a matchup against the Florida International University Panthers on Friday, who are led by junior outfielder Tatyana Forbes.

Forbes has been on a tear as of late, leading the Panthers to a 9-8 overall record on the year and batting .395 this season.

Ace sophomore pitcher Shannon Saile looks to make her mark on the tournament herself, currently tossing a strong 1.13 ERA and sporting a 6-3 record, as she has displayed overwhelming dominance right out of the gate.

Once the tournament is underway, the Gauchos will take on Troy University to complete a doubleheader on day one of the tournament.

Troy, currently boasting an 8-6 mark, is coming off a 9-3 loss to Tennessee Tech, and will look to bounce back in the Citrus Classic II as they face UCSB and Florida International in a doubleheader of their own.

Sophomore catcher Katie Webb leads the team in batting at .356 while slugging over .367 and adding two deep fly bombs over 12 RBIs on the season.

Saturday’s workload doesn’t decrease much for the ‘Chos as they shift their focus to another doubleheader, opening up with a matchup against Niagara University.

The Purple Eagles have had a tough start to the season, losing six of their first nine games to bring their record to 3-6 heading into the tournament.

In its six losses this year, Niagara has given up an average of nearly nine runs per game and has actually been shut out three times this season.

Immediately following the contest against Niagara, UCSB will take on the Binghamton University Bearcats, who look to make a dent into their early season win count.

Owners of a 1-3 record, the Bearcats have been quiet this season, but look to rebound with a seven-game stretch over four days in Florida this upcoming weekend.

UCSB’s action-packed Citrus Classic run will end on Sunday morning as the Gauchos look to end on a strong note against the 5-4 University of Massachusetts Minutemen.

Boasting a four-game win streak, UMass is quarterbacked by redshirt senior shortstop Jena Cozza, who has flashed excellence and poise alike over the team’s recent four-game ride to success.

Cozza, hitting 8-13 (.458) and blasting five long balls over that span, is on pace for a stand-out season in her final year with Amherst.

Other teams competing in the 2018 Citrus Classic II include University of Notre Dame, Fordham University, Ball State, Robert Morris University, University of Delaware and the Czech National Team; however, UCSB has its slate complete.

Santa Barbara will begin its tournament run at 11:30 a.m. on Friday, March 2, at the ESPN Wide World of Sports Complex.