Prominent Santa Barbara and Isla Vista community members are urging for “common-sense” gun laws in the wake of the Feb. 14 Florida school shooting. 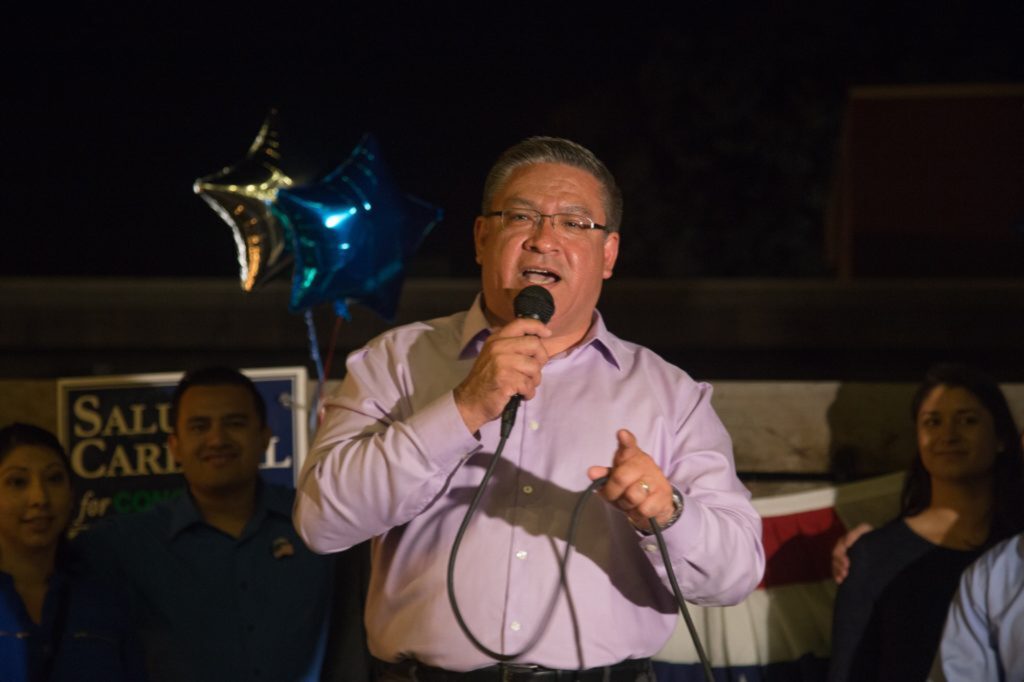 In light of the recent mass shooting at the Marjory Stoneman Douglas High School in Florida, Santa Barbara students and lawmakers are calling for a significant change in gun policies to prevent more senseless deaths. Jenny Luo / Daily Nexus

“People are tired of thoughts and prayers, and people want to see action. It may not be typical for a vigil to so quickly become political action, but it’s necessary right now,” Spencer Brandt, Community Services District board secretary, said.

After a former student entered Marjory Stoneman Douglas High School in Florida and killed 17 people with an AR-15, individuals across the country have renewed efforts for “common-sense” gun laws, including Congressman Salud Carbajal.

“We owe these families more than just our thoughts and prayers,” he said in a statement released the day after the shooting.

“[We] organized the vigil for Parkland, standing in solidarity with them because gun violence is absolutely a scourge on our country,” Brandt said. “In Isla Vista, we are inextricably linked to gun violence because of the tragedy in 2014.”

Brandt said proposed laws, such as the one that would allow firearms to be removed from individuals in a state of crisis, is a “common-sense fix that will save lives.”

Shortly after the Florida shooting, Carbajal, with Representatives Elizabeth Esty and Don Beyer, released a statement urging the passing of H.R. 2598, which would allow family members or law enforcement officials to petition a judge to remove firearms from an individual in crisis.

“No parent should send their children to school each day wondering if they will return home. We are once again reminded that we have a responsibility to act in Congress to change things,” Carbajal said in the statement.

Carbajal spoke at a UCSB Campus Democrats meeting on Feb. 20, explaining that he had first introduced H.R. 2598 in May 2017.

“We have a majority Republican leadership right now … There’s very little chance for common sense gun safety laws to move forward,” he said during the meeting. “Anything that helps us create a safer country and safer communities might be a good thing.”

Restrictions on purchasing a gun vary from state to state.

In California, a person must be 18 years old to purchase a rifle or a shotgun and 21 to purchase a handgun, according to the California attorney general’s website. California law states that there must be a 10-day waiting period before the firearm can be “released” to the purchaser.

The purchaser must also provide evidence of identity and age, and handgun purchasers must provide proof of California residency. “Large-capacity magazines,” or guns that accept more than 10 rounds, are illegal in California as of Jan. 1, 2000.

Any person who has been convicted for a felony or has been “held involuntarily as a danger to self or others” is prohibited from buying, possessing or owning firearms or ammunition.

As of Jan. 1, 2018, the kind of weapon used in the Florida shooting cannot be bought in California.

“It’s really important to remember that the people leading this right now aren’t gun [control] advocacy groups … it’s the students. It’s the students in Parkland who were in the building when one of their former classmates came in with an AR-15 and starting shooting,” Brandt said.

He said the students’ response to the shooting is a “cry for help.”

“They should be the ones who should be remembered as getting the momentum going if we actually get something to happen this time around,” he said.

Several vigils for victims of mass shootings have been held at UCSB. The most recent one was a Nov. 7 vigil for the victims of the Sutherland, Texas shooting.

“This is about gun violence in the community and seeing the leaders that in higher officials than us act responsibly. As an elected official, I’m ashamed that there are others who are acting in such a way to undermine just the basic safety of people in our country,” Brandt said.