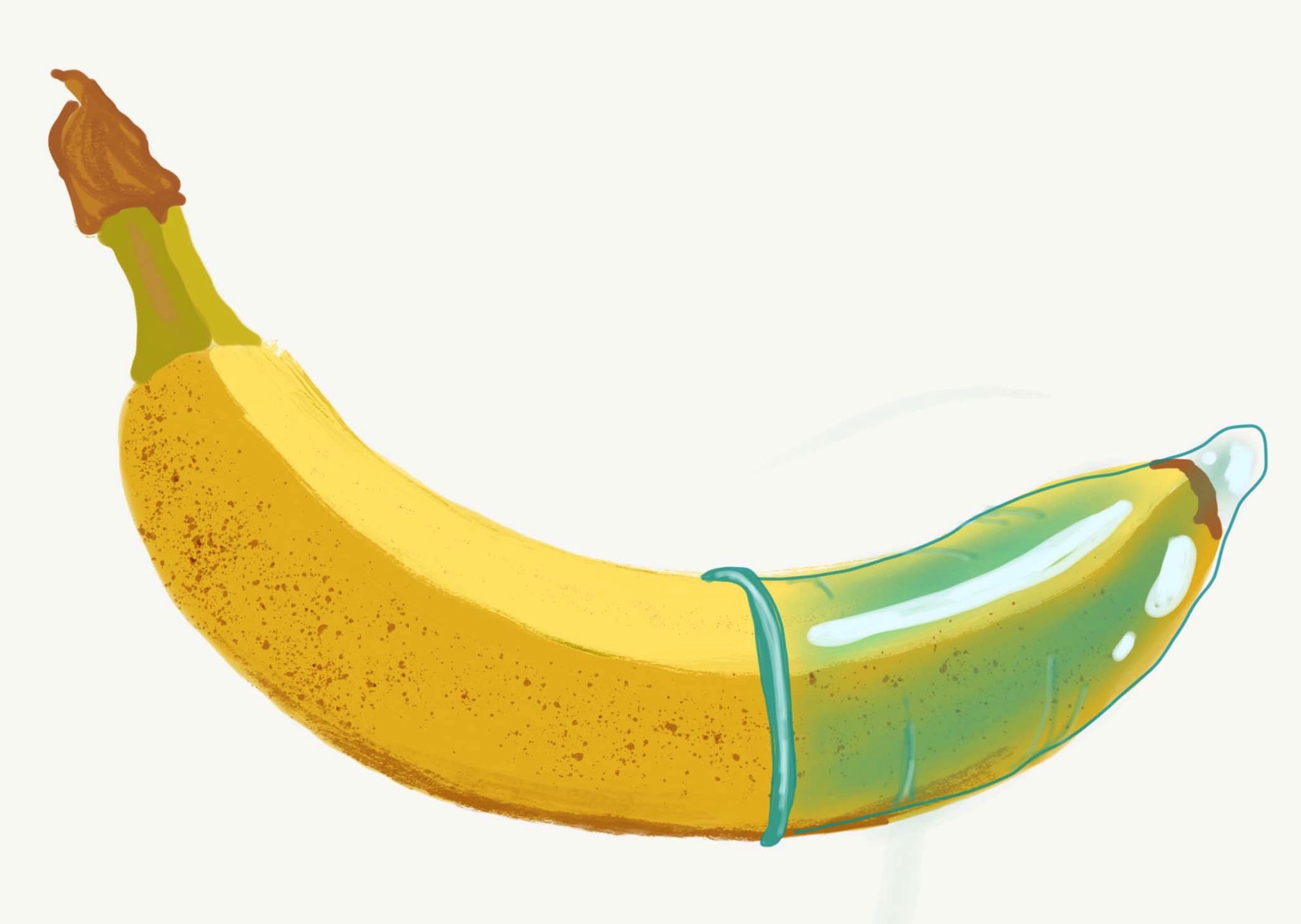 Recent conversation surrounding sexual education in the United States has made me reflect on my own education and its downfalls. I realized that while high schools fail to provide an adequate foundation for sexual education, universities do little to fix the damage. I contemplated what my high school did wrong and asked myself: what should UCSB  do to ensure that its students receive a comprehensive sexual health education?

I attended an incredibly liberal private high school in the heart of Silicon Valley. While the school excelled in many ways and prepared us to succeed academically, they failed to prepare us for living as individuals in society.

Our required sex ed class took place during freshman year. It was a quarter long class that met  once a week for fifty minutes. Because of its bland and unengaged delivery, its lack of both general information and specifics and its decision not to hold us accountable for retaining the material, it was clear this would be a slack-off class. My fellow 14 and 15 year old classmates either used the class to frantically study for upcoming tests, zone out and take a much needed mental break, or hang out with friends and make crude jokes.

There were a lot of classes that we had to suffer through in school that were beyond boring. Even in classes with lifeless, passionless teachers, we were forced to be engaged. We were constantly cold-called, tested and asked to turn in assignments that prove our understanding. Zoning out, talking and working on material or studying for another class was actively prohibited. However, all of these actions were rampant in our sex ed course. So why was this all allowed to take place? Why were the sex ed class standards so different?

Well, it’s pretty clear. My school did not emphasize its importance as much as other subjects we studied. Literally every single class that students were required to take had some sort of testing system to ensure that students were actually learning the material. That is, every class except for sex ed.

Our sex ed course never addressed Plan B or even abortions, which promotes students to turn to other sources of information that may or may not be accurate.

I knew the class was a joke, but it wasn’t until the beginning of my senior year that I realized how pathetic it really was. During my free period, my friend told a group of us that she finally got an IUD. She was super happy about it and recommended it to all of us. She said that, besides its obvious use to protect against pregnancy, it basically stopped her period and cleared her skin. The two girls I was sitting with responded by asking, “wait, what’s an IUD?” They were unaware of other contraceptives besides condoms and birth control pills, so they resorted to birth control — despite the negative physical reactions. Because their knowledge of contraceptives, like various IUDs or the NuvaRing, was sparse, the girls relied on their peers for sexual health information.

The girls peppered the IUD-bearer with a multitude of questions, reinforcing the nationwide trend of teens relying on other teens and the media to educate themselves and make up for their lack of a formal sexual education. This kind of behavior stems from poor education and leads to false rumors and facts. One example of these harmful rumors is Plan B does not work after you’ve taken it three times. Our sex ed course never addressed Plan B or even abortions, which promotes students to turn to other sources of information that may or may not be accurate.

When I got to college, I was shocked at the pure illiteracy of some of my peers when it came to basic sexual health and anatomy. I came to this realization during a conversation that took place in DLG at the beginning of my freshman year. My friend mentioned that her boyfriend had just gotten tested and that we should get tested, just to make sure. One girl stated that she didn’t need to get tested because she would be able to tell if she had one. What she did not understand is that many STIs are often asymptomatic. Another girl responded that she did not need to get tested because she only blows people. What she and many others fail to understand is that STIs can be transmitted through oral sex, even if you spit, and through pre-ejaculate via oral or vaginal sex.

On the surface, their comments may just seem like pure ignorance or stupidity, but, when assessing the potential consequences of their actions or lack of actions, it reflects a public health concern. These girls’ lack of education is a reason why STIs are spreading. Even though we are in a time of incredibly modernized medicine, Chlamydia and Gonorrhea infections are at a record high. In fact, Chlamydia accounts for the highest number of annual cases of any condition ever reported to the Center for Disease Control (CDC). The CDC states that, “one in two sexually active persons will contract an STI by age 25.” Why is this? Well, only about 12% of young people were tested in the last year (CDC), so people continue to spread them through unprotected oral, vaginal, and anal sex.

STIs are not just a nuisance. They have lasting effects with grave consequences. New strains of STIs emerge every year that are becoming harder and harder to treat. The CDC estimates that, “nearly 20 million new STIs occur every year in this country”. One recent infection that has garnered attention is Antibiotic Resistant Gonorrhea. This strain is resistant to our current antibiotics, making it much harder to treat — sometimes impossible.

Sex ed is important. It is a fundamental topic in human education and it helps to strengthen public health.

Why is it important that you treat STIs? Well, they can result in serious damage with lasting effects later in life. For instance, the CDC estimates that “undiagnosed STIs cause 24,000 women to become infertile each year.” Women are potentially made infertile if Chlamydia evolves into Pelvic Inflammatory Disease, which is often a sign of carelessness as a result of a poor education.

To be fair, there are a lot of great resources and information that UCSB provides to its students surrounding sexual health. However, most students are not taking advantage of these resources, even when they are in need of educating. So, what should UCSB be doing for its students to ensure that we all receive an acceptable sexual education?

One thought is to have a required online course, similar to that of sexual assault and drug and alcohol education course. However, the issue with these courses is that they are easy to skip through which makes it rather easy to not actually learn any of the information.

Another idea would be to make it a GE requirement to take a course similar to the Baldwins’ highly regarded Sociology of Human Sexuality course. The course covers topics such as abortion, birth control, emergency contraception, Planned Parenthood, STIs, domestic violence, and UCSB sex culture and statistics. It is not only one of the longest running classes taught in the history of UCSB, it is one of the most popular. The popularity of this class and the increase in STI testing directly after the STI lecture reveals that students are not only uninformed, but they also want to gain a better understanding of the subject. Requiring students to take this class, or a class with similar content, would serve the student body well.

Sex ed is important. It is a fundamental topic in human education and it helps to strengthen public health. It should be more heavily integrated into university curriculums because college is meant not only to give degrees, but to prepare us for the future as informed citizens of the world.

Claire Horsley wants to ensure that Gauchos are as educated in the bedroom as they are in the classroom.

Sex ed is for parents to teach kids… otherwise you get what we get now… increase in fatherless homes and killing of hundreds of thousands of fetuses.

no, expecting parents teach their children the most recent, correct, scientific information about sex is the reason why we have so many unwanted children. most parents grew up in a different generation and may not have a comprehensive education about the human body and its processes. Yes parents should play a role in teaching the more emotional parts, but not teaching sex ed or teaching abstinence only in schools DOES NOT work. it has been proven time and time again

So you’re complaining because you were, admittedly, flaking off in school? Did your parents not think to talk with you at all? You seem fairly clever, did you not think to ask them? Or an older relative? Or a pastor/faith leader? Or, I dunno, just have a serious peer-level discussion? Or use Google or WebMD to just get some basic factual information?

This is the kind of stupidity that happens when parents abdicate basic roles and responsibilities to the state — a generation of whiners ensues.