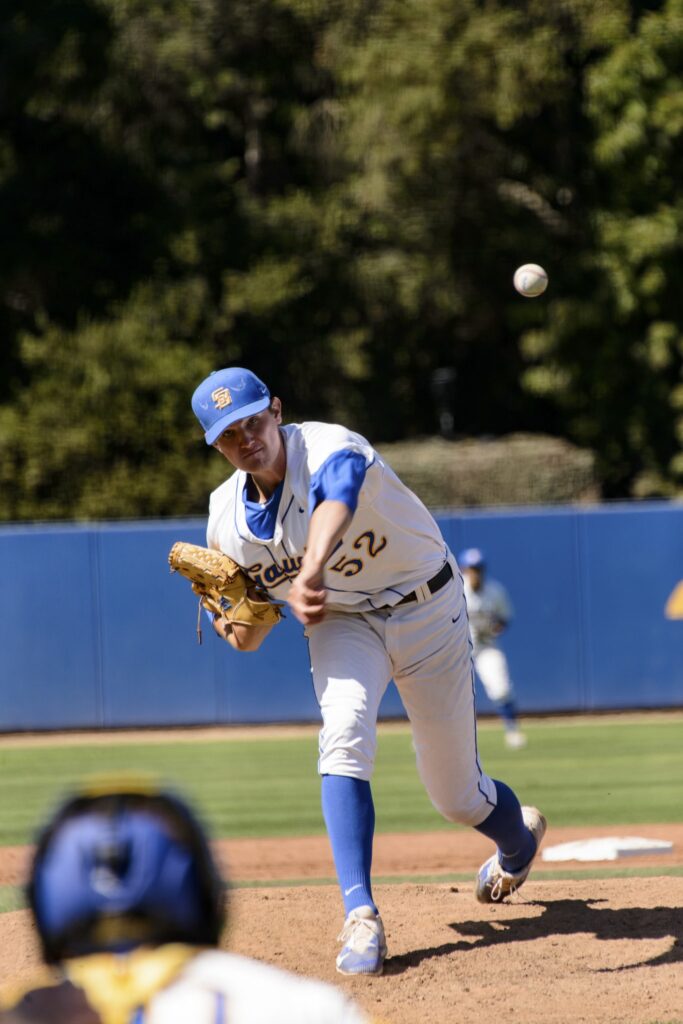 In 2016, the UCSB baseball team exceeded all expectations, setting a new program best in overall wins with 43 on the season and earning a berth to the college world series for the first time in school history. That playoff run was truly a Cinderella story, one that ended too soon, without an NCAA championship, but gave much hope for the future.

Fast forward one year later, and if 2016 was a Cinderella story, then 2017 for UCSB was a fall back to reality.

Coming into 2017, Santa Barbara was expected to finish at least third in the conference and was actually ranked coming into the year at No. 19 in the country. Of course, nothing went as expected. The Gauchos would go on to finish with a very disappointing 24-32 overall record and a Big West worst 8-16 conference mark.

Both records were the worst in the Andrew Checketts era and the 24 victories were the lowest win total since the 2010 season. 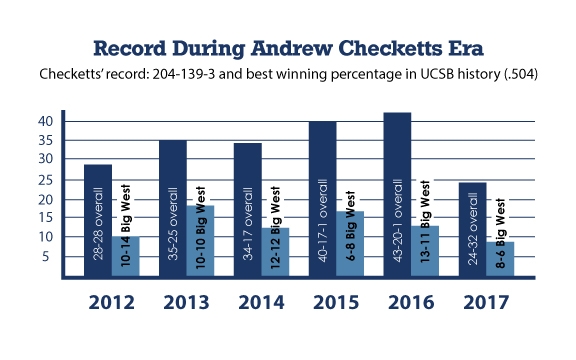 A large part of what went wrong last year for UCSB last year was pitching. While Checketts is known for his ability to build a solid pitching staff, injuries played a huge factor in the Gauchos’ inability to put together a solid rotation for the entirety of the campaign.

As a team last year, the Gauchos bullpen accumulated a 5.24 ERA, the second-worst mark in the Big West. That mark was also ranked 183 out of the 295 NCAA D-I programs. This year, UCSB hopes to turn this around as it returns some good arms while also adding a couple to the rotation.

Junior right-handed pitcher Noah Davis returns for his third year at Santa Barbara, one he hopes can bring some health to his résumé. As the primary Friday starter last season, the Huntington Beach native posted a 7-4 record in 13 starts with a 4.63 ERA.

He finished with a career-high in strikeouts with 65 but did battle injuries throughout the year. If all is well health-wise, Davis should resume as the Friday starter.

Along with him, the bullpen returns midweek starter, Ben Brecht. The true sophomore posted a 3.99 ERA in 14 appearances, eight of them starts along with tallying a 4-2 record. Another key returner is Chris Lincoln. In 28 innings, the sophomore gave up 31 hits and 15 earned runs, but showcased a well of talent in the strikeout department, tallying 25.

While Brecht and Lincoln will hope to showcase more talent this year, fans seem to know what to expect out of senior right-hander Stevie Ledesma. The backyard kid, plucked from SBCC, was always the first call in a decisive game and he didn’t disappoint.

Though his 2-5 record is a bit disappointing, the senior tallied 57 strikeouts in just 43.2 innings pitched. Of course, with a lot of strikeouts comes to a lot of opportunities to hit some stuff at the plate. Ledesma had a 6.80 ERA and gave up six dingers, tied for second-most on the team.

Newcomers to the pen are redshirt freshman Jack Dashwood and Chris Troye. Dashwood was the cream of the crop of a wonderful recruiting class two seasons ago but sat out the 2017 campaign due to injury.

As for Troye, his story is a bit more interesting. Brought in as a catcher, the true freshman has shown some ability to be a pitcher. The Brentwood native has pitched to speeds of 97 mph, showing promise. Now let’s see if he can put it together in a real game.

Batting wise, the Gauchos are also in a precarious position. UCSB lost two of its top three batters in terms of batting average including Austin Bush, whose 20 home runs set a new program record last season.

However, Santa Barbara still retains a lot of talent. Redshirt sophomore Tommy Jew batted .295 last season and had the second most RBI’s on the team with 30. The center fielder is also very talented defensively, thus setting the stage for him to have a breakout year.

Speaking of a breakout year, sophomore Armani Smith is due for one big time. The outfielder showed tremendous promise last season batting .285 and slugging .397, but even more, promising is how hard his swing is.

Other key returners are the Louisville slugger Sam Cohen, who had eight home runs last season, and shortstop Clay Fisher, who will not be playing the field until his shoulder has completely healed but will see some action at the plate as a DH.

The team who stands in the way of the Gauchos on opening weekend is San Diego State, a team who won 42 games last season and a Mountain West Championship.

The Aztecs are in the same position as the Gauchos were last season, hoping to exceed expectations following a tremendous season. Defeating UCSB in a best of three series to begin the year would be a good gauge of where the team is at early, something the coach himself alluded to.

Senior shortstop David Hensley and sophomore right-handed pitcher Logan Boyer are two notable returners for the Aztecs and were also named to the 2018 all-MW preseason team. The team was picked to finish second.

Although the Gauchos will be facing a tough team to open the season, the most important thing for them is working on what they can get better at. This early in the season, nothing is set in stone. This is a team that is comprised of solid returners, but if it wants to excel, it needs another Armani Smith to step up in their first year of collegiate action.

Regardless of what happens this weekend, one thing is for certain; Checketts and the team have put last year behind them. With that brings hope that we can be cheering this team on at Omaha come mid-June.