The Daily Nexus
Virtual Reality
Best Dating Apps for People at UCSB Who Are Interested in Being in a Relationship
February 7, 2018 at 10:00 am by Komal Surani 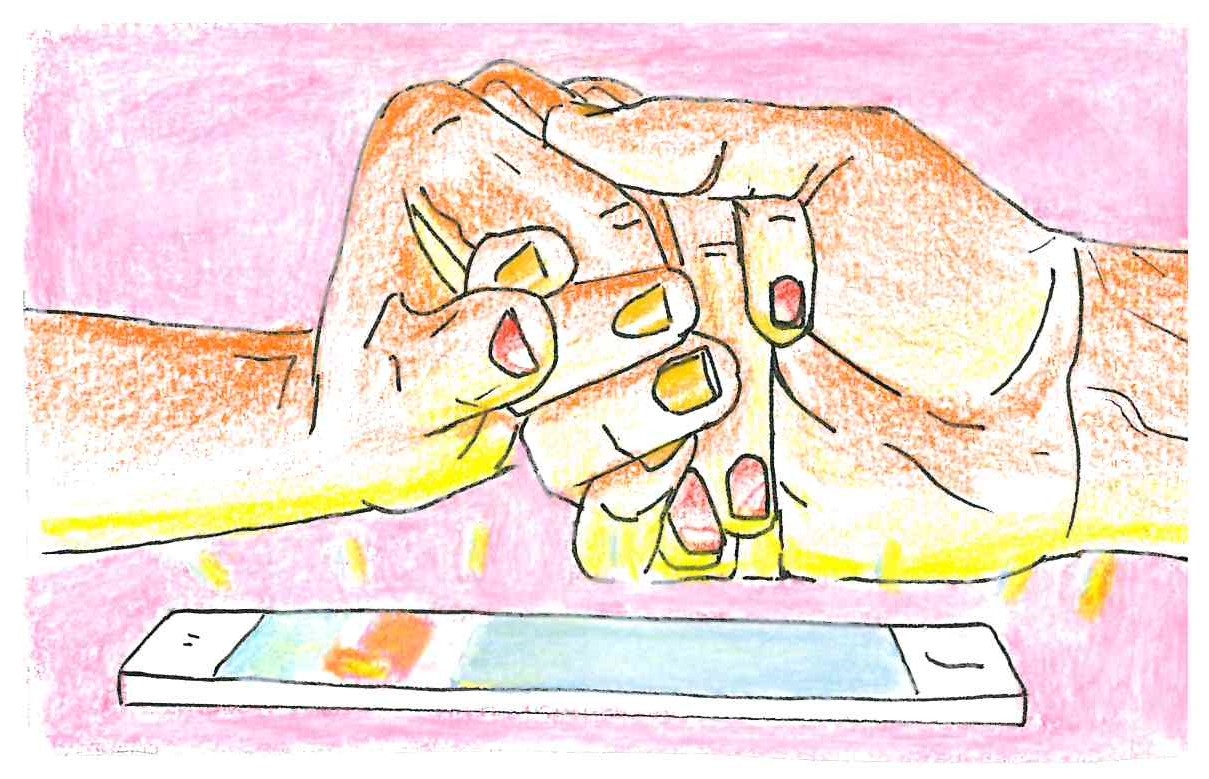 Happn is an app that gives you matches based on where you go throughout the day. Say you go to Buchanan Hall and pass someone on the way who is also on happn; now they show up in your feed and you have the option to like them. If you match, you start up a conversation. The problem with happn is the lack of users. Most people at UCSB don’t seem to know that happn exists, which doesn’t really make it a useful dating app. In the two or three months I used it, I got a solid four new people in my feed every two weeks. And out of those, only half of them were students from UCSB. The other issue I had with happn was that I found it a little creepy. If you click on somebody, you can see exactly where you crossed paths and how many times. If somebody wanted to stalk me purely from when and where I ran into them on the app, they had a perfect way to do so. Overall, as an app for dating at UCSB, it wasn’t the greatest, because of the lack of UCSB students. As for whether or not it was good for short/long term dating, I really can’t say, just because of the lack of people to test my theories on.

Hinge is an app where you view one profile at a time, but rather than swiping, you like specific parts of their profile— quotes, answers to questions, pictures, and send a message along with the like. Hinge is made for people looking for more serious connections, so I was hopeful. Unfortunately, most people in the UCSB area, and most people under 22 in general, don’t seem to know about this app, which is kind of a problem, especially if UCSB students under 22 make up your dating pool. Other than that, the app was nicely designed. I appreciated going through one profile at a time. Everybody answered whether or not they drank, smoked (cigarettes and weed), their location, and their schooling. I have a no smokers rule, so with that addition to the profile, it was much easier to filter. But if we’re asking whether or not it’s a good app to find a relationship at UCSB, then it experiences the same problem as happn. There are just not enough people for it to be a viable option.

Everybody says that you’ll find your match when you least expect it.

Coffee Meets Bagel is an app that gives you a “bagel” every week, a certain profile of somebody they have picked out for you, somebody they think that you could match with. Again, there weren’t many UCSB students on this app either, but it still had more than Hinge and happn did, which is what puts is further up on the list. The idea of the weekly bagel was cute— while it lasted, anyway. My biggest problem with Coffee Meets Bagel was that, after a certain amount of time in the Santa Barbara area, the app ran out of “bagels” to offer. Aside from students at UCSB, there weren’t even enough other people to fill the “bagel” gap after three or four rejections. At least the app had a discover section where you could potentially create your own matches without the app playing matchmaker. But even with that, the UCSB offerings were slim to none, and I found myself being liked by 34 year olds. Which was kind of creepy. And disgusting. As a whole, the app had a nice concept, but poor follow through and not enough UCSB students to get it higher up on this list.

Bumble is an app that allows women to message first in order to avoid any inappropriate advances from guys. It’s a very feminist forward idea, but I’ve always wondered what prevents said guys from sending creepy messages after you’ve messaged them first. I do like that it forces you to message each other fairly quickly (the match disappears after twenty four hours unless you make a move) which gets rid of the “I need to wait a week before I message him” Tinder bullshit. I did find myself wishing for more than one day, though. I am a forgetful person. Added to the fact that I don’t always see notifications, I miss some matches entirely. And since the guys have to respond back to me within twenty four hours, I’m sure they experience similar problems. The interface is also quite buggy. It doesn’t always notify you when you have a message, nor does it always load the message when you get the notification. One of the great things about Bumble, though, is the amount of people. Bumble is a fairly well-known app, so UCSB students are not hard to find. And, while it’s not specifically geared toward relationships, because there are so many people, there is a higher likelihood of finding somebody who is looking for the same things you are.

When you’ve waited long enough, when you just want to feel like you’re doing something to try and find your match, online dating is a good outlet.

OkCupid is an app that is definitely for people interested in more serious connections. The app is really well done in that, in addition to photos, each person answers a plethora of questions about themselves and has what they’re looking for on the bottom of their profile: hookups, friends, long term dating. This makes it easier to filter out people who aren’t looking for what you want. One of the frustrating things about this app, though, is that once you have rejected enough people, they start to filter back into your discover feed even though you have already rejected them. It’s like OkCupid is trying to tell you something:”Remember these people you were too good for earlier? Yeah, well, now they’re your only option.” The other extremely annoying feature of the app is that they do not send you notifications when you get a message, they send you emails. So every damn time you get a message, you get an email, which is not great for inbox clutter. It also caused me to miss some messages because I didn’t know I’d gotten them for a long time. There weren’t as many UCSB students as I would’ve wanted, but because there were more students than Hinge, happn, and Coffee Meets Bagel put together, and it was substantially more geared toward relationships, I felt it deserved the number two spot.

Everybody knows what Tinder is. Swipe right if you like them, swipe left if you don’t. And if you both like each other, you start up a conversation. Tinder is established. It’s almost never buggy and it’s one of the simplest, easiest apps to navigate and use. Its popularity means that it is, in fact, extremely populated. UCSB students use Tinder.  I’ll be the first to say that I didn’t want Tinder to take the number one spot on this list. It’s definitely not an app that is made for people who are looking for relationships. A lot of the people you message with are just looking to get laid. Despite this drawback (for me, it’s a drawback), there’s one thing about Tinder that none of the other apps can beat: the sheer number of people. Not all of them are looking for relationships, but not all of them are solely interested in hooking up either. Tinder is the only app that can boast this wide a variety of people, which is why, despite the fact that there are better, more relationship geared apps out there, Tinder earns the number one spot on this list. It’s the most versatile app because, if you reject somebody, there will always be somebody else.

If I’m being honest, at the end of the day, I don’t really like online dating. It feels impersonal and detached. There is so much about a person that you cannot hope to understand over a phone screen. You don’t know if there would be chemistry, or if you could replicate conversations over text in person. And no app is going to save you when you’re face to face with that person.

But online dating is a good way to be looking. Everybody says that you’ll find your match when you least expect it. It won’t be when you go looking for them. But, when you’ve waited long enough, when you just want to feel like you’re doing something to try and find your match, online dating is a good outlet. It’s a good way to make connections, relationships and test out your moves. It might be impersonal, but that’s also helpful in that you can embarrass yourself without ever meeting that person in real life.

Relationships in college, especially at UCSB, can be hard to find. And despite what people say about how you only meet your match when you stop looking, I don’t think I understand how you can expect to find your match if you don’t. So you’re going to match with the wrong people and have bad conversations and go on awful dates, because if you don’t, you’ll never get to the good stuff. Not everybody is looking for what you are, but part of the process is finding out who is.

Komal Surani hopes that her guide can help Gauchos find love right on their mobile device.

I really feel sorry for students these days. I guess that when your face is buried in a cell phone all day, you lose the ability to communicate face to face. In the 70s, living in the same dorm, with daily contact, was a great way to get to know someone. Hours together in a chemistry lab also brought lots of new friends. I eventually met my wife in med school. Rounding at 6AM or admitting patients all night sure showed you a lot about your fellow students character.