The Daily Nexus
News
Zahira Kelly-Cabrera to Speak at Womxn of Color Conference 2018
February 2, 2018 at 2:25 pm by Jasmine Moreno 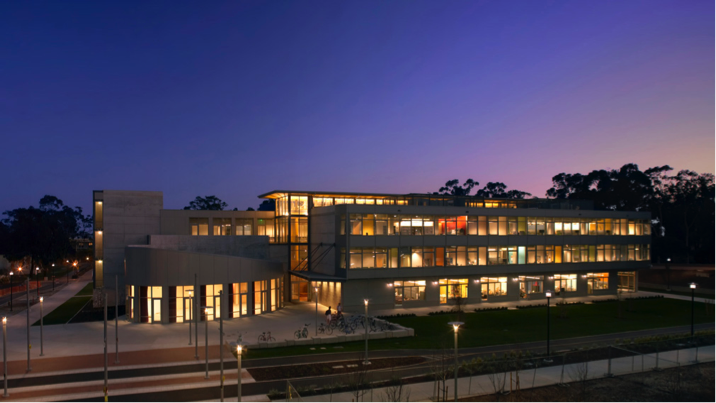 The Womxn of Color Conference will be held at the Student Resource Building on Saturday, providing a space to discuss what it means to be a minority womxn and promote self love . Nexus File Photo

Associated Students’ Womxn’s Commission will be hosting its annual Womxn of Color Conference this Saturday, Feb. 3, honoring self-identifying women of color while bringing awareness to their intersectional struggles.

The conference will be composed of workshops, speakers and free meals and it will last from 9 a.m. to 5 p.m. Workshops will address issues such as navigating what it means to be a minority womxn and promoting self-love.

This will be the conference’s sixth consecutive year at UCSB.

Zahira Kelly-Cabrera, an AfroDominicana writer, artist and international speaker, will kick off the conference by speaking about white-supremacist capitalist heteropatriarchy and what it means to minority women.

Kelly-Cabrera is an award-winning sociocultural critic who specifically focuses on the AfroLatina sector of intersectional feminism.

Her work has been featured in publications such as The New York Times and Cosmopolitan. Kelly-Cabrera has also held lectures and panels at universities such as New York University and has hosted a TEDx talk in Mexico.

Members of the Womxn’s Commission executive board anticipate that her appearance will be a noteworthy way to begin the conference.

“Our keynote speaker is a badass, and I’m sure after hearing her speak we will all be pumped up and ready to get the day started,” third-year political science and art double major Siboney Arias, a Herstorian on the board, said in an email.

Kelly-Cabrera’s speech will be followed by two workshop sessions and a caucus space.

Session A and B will each have nine workshops that cater to every self-identifying attendees through specialized topics, including self-love/care, white supremacy and intercultural struggles of colored women.

Other workshops are aimed at building skill through career identity and vision building, such as the “Discovering my Career Identity” workshop, presented by a speaker named Monique.

KCSB will be also be hosting its own “Herstories” through a music workshop, during which Radio Xicana will give tips on how to use the radio as a platform for women of color.

Caucus spaces will succeed the workshops and serve as a time to debrief and intermingle with individuals of shared identities, according to Arias.

Many workshops are open to all, but some spaces specify the identifications they are open to. The Womxn of Color Conference website explains the status of each event.

The Womxns’ Commission reminds interested individuals to register online to ensure plenty of food and t-shirts for everyone. Attendees will be provided breakfast, lunch and dinner.

“I am passionate about creating spaces for people to learn, grow, and feel safe. It’s very important to me to have people feel like they can be themselves, without feeling societies stigmas, so that was what I aimed for in this conference,” Arias said in an email.

“Her work has been featured in publications such as The New York Times and Cosmopolitan.”

Classic excusivism 101: “When all else fails, blame whitey.” Sorry kids, this brownie ain’t buyin’ it.