Sunday afternoon will bring an excessive amount of stress, shouting, expletives and more importantly, food. Hardcore and bandwagon fans alike can agree that any football game, especially the Super Bowl, just isn’t the same without an unhealthy amount of food. Now, while you can take the easy route and order half a dozen boxes of pizza, you can also be a winner in your own right by impressing your friends with some Vince Lombardi Trophy-worthy snacks. 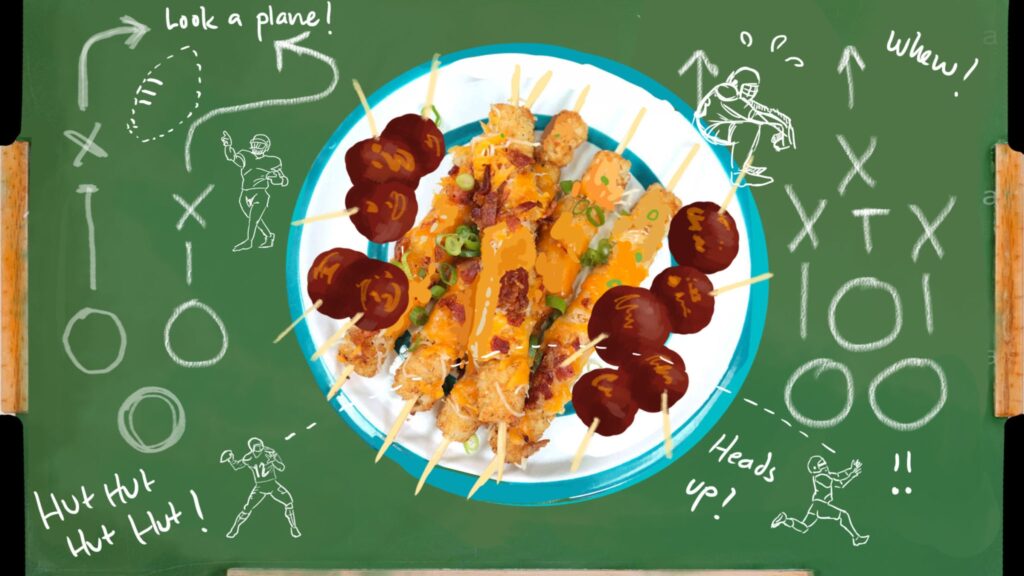 Combine all the ingredients together in a large bowl, adding salt, pepper and garlic powder to taste. Knead the ingredients into the ground chicken until fully combined before rolling the mixture into balls. Cook on an oiled pan until golden brown or bake in the oven at 400°F for 20-25 minutes. Once cooked, coat the meatballs in warmed buffalo sauce (or your desired hot sauce), and serve with toothpicks for easy snacking.

Cook frozen tater tots according to instructions. Allow them to cool before adding about six to each skewer. Arrange on a baking sheet before sprinkling with shredded cheddar and Monterey Jack cheese. Add some chopped up bacon pieces, and feel free to also add in some diced tomato and chives. Bake for 8-10 minutes at 450°F until the cheese has fully melted. Mix sour cream and dip mix and serve as a sauce for dip.