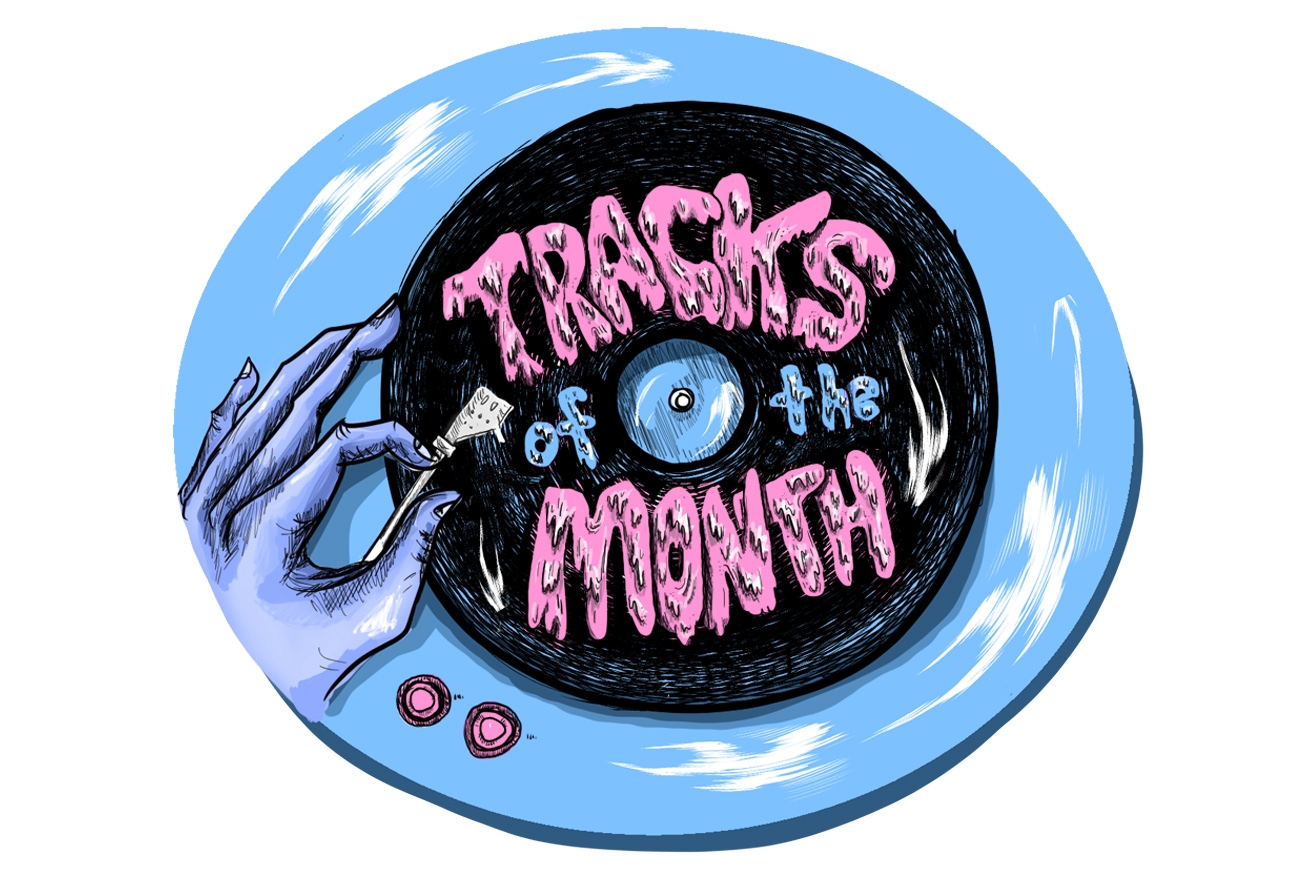 Every month, Artsweek’s staff collects a handful of newly released tracks that highlight the best musical moments of the past 30 days. January was chock-full of hits from a variety of genres. Some of the month’s hottest tracks ranged from a hard-hitting dirty rap banger from Chicago’s CupcakKe to a slow, melancholic ballad from singer-songwriter Haley Heynderickx. Check out January’s tracks of the month for some possible additions to your newly added songs list.

“Untitled God Song” finds the young songwriter finger-picking a nimble and reeling language out of her guitar, her voice lilting across its melodies. Lyrically, this song imagines God as an overwhelmed mother. Heynderickx creates a portrait of an omnipotence that is incredibly, and eccentrically, human — an omnipotence with thick hips, big lips and knockoff Coach bags. It’s really a religious experience.

Young Fathers, “In My View”

Scottish alternative hip hop trio Young Fathers continues the rollout of its forthcoming album, Cocoa Sugar, with “In My View.” The track is a dazing blend of pop, hip hop and soul that is sure to keep you lost in its encapsulating instrumentation and dynamic vocal performances.

The Vaccines, “I Can’t Quit”

The Vaccines have returned with new music for the first time since 2015’s English Graffiti. The U.K. indie-rock group teased lead single “I Can’t Quit,” from their new album, Combat Sports, on BBC Radio 1 just days into 2018. The infectiously fun track offers listeners a mixture of the traditional rock ’n‘ roll style of the band’s previous LPs, with a more polished twist reminiscent of ’70s and ’80s rock. The highly-anticipated Combat Sports is due for release March 30.

Kali Uchis feat. Tyler, The Creator and Bootsy Collins, “After the Storm”

Kali Uchis is back with a bright, warm track featuring Tyler, The Creator and Bootsy Collins. “After the Storm” is paired with a music video which vividly depicts Tyler’s recurring floral theme. The visuals are intoxicatingly whimsical, and the track shares exactly the same sentiment. Uplifting verses from all three artists manifest the track’s fantastical aesthetic into one comprehensive three-and-a-half minute package.

MGMT, “Hand It Over”

Psychedelic and mellow, this new track from MGMT’s fourth studio album, Little Dark Age, is refreshingly softer than we’re used to hearing from the minds of Andrew VanWyngarden and Ben Goldwasser. Unlike the recent releases of the album’s title-track and “When You Die,” “Hand It Over” offers the listener a calmer experience that invokes self-realization and contemplation. Whether you’re on the beach or going on a late-night drive, this song is the key to creating a perfect, melodic atmosphere.