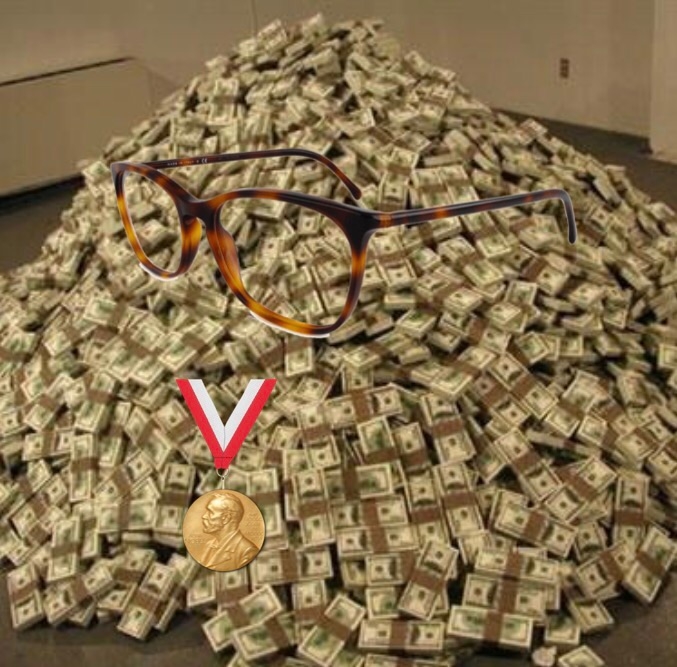 BREAKING — Early this morning, Chancellor Henry T. Yang announced that he was stepping down as Chancellor of UCSB and immediately named his successor. In a brief and unexpected statement, Ex-Chancellor Yang said, “I’m done. I’ve worked tirelessly my entire career and all these idiot students do is make memes out of me.” He refused to offer further information on his stepping down, but he did take the time to disclose the identity of his successor.

Chancellor Large Pile of Money has yet to make a personal statement or address the public, presumably because he is not sentient since he is a large pile of money. His glasses are prescription. It is also reported that each department has already taken to him remarkably well, with different deans all groveling at the door of his new office.

Upon writing this article, the Daily Nexus has received exclusive information that Chancellor Large Pile of Money was just seen by students being wheeled around in a red wagon during what looked like a tour of the new engineering building. One student who asked to remain anonymous said, “I already heard them asking Chancellor Large Pile of Money about building another engineering building.” When we asked the College of Letters and Science about this incident, they simply responded, “Those fuckers.”

According to his representatives, Chancellor Large Pile of Money has a Ph.D from every Ivy League institution in this country, as well as a pair of polarized Ray-Ban aviator glasses for when he gets taken to the beach. Updates to follow on his transition and how he will represent this institution with the honor and respect it deserves.

Ariana Marmolejo is a Daily Nexus staff writer and a huge supporter of Chancellor Large Pile of Money.