This past Christmas, I received a set of three cast-iron skillets and have since become obsessed. If properly cared for, a cast-iron skillet will last you generations and become the only thing you need in your kitchen. If I had to choose one tool to take with me on my deserted island, it would probably be my skillet. A natural non-stick that produces even heat and dynamic flavor, your skillet is likely to become your best friend in the kitchen. However, cast-iron — as tough as it is — needs to be treated right if one day your grandchild is going to be able to use it. Here are some tips on how to keep it in tip-top shape. 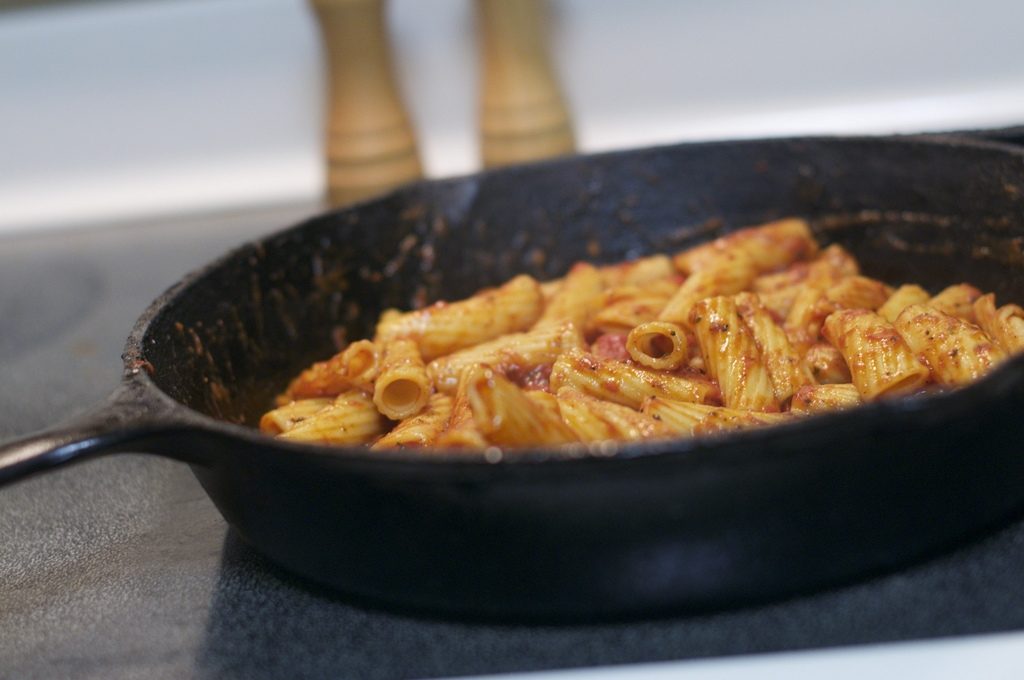 Seasoning your skillet? Most modern cast-iron skillets come pre-seasoned, yet this still usually isn’t enough. I noticed that the skillets weren’t quite seasoned well enough, and therefore the food still stuck. So, to re-season the pre-season, I recommend doing another layer. Take your skillet and coat it in a thin layer of vegetable shortening or oil all over. Wipe away the excess oil, and then bake at 400 degrees for an hour.

Keep it dry and clean! Your skillet should be cleaned very quickly after use. It should be cooled to just warm, and then you can use hot water, a scour brush and coarse salt to clean it. DON’T EVER USE SOAP. The soap will strip the precious layer of seasoning you’ve built and won’t allow the pan to keep its non-stick nature.

Don’t be afraid! Cast-irons seem intimidating at first because of all the rules, but the more you use it, the more you’ll be comfortable with it. The more often it gets used, the better it will work because the non-stick layer will become uniform and the aromatic flavors trapped in the seasoning and the iron will become more fragrant and appetizing.

Where should you keep it? Your skillet should be kept in a cool, dry place. Many people will attach a hook to the inside of a cupboard and hang their skillets for ease of access and proper storage.

The most important commandments to remember for your cast-iron are season, clean, dry. It can be very easy if you remember these words. A cast-iron is so versatile; whether you’re just starting to develop your kitchen arsenal or you’re trying to expand your utensils, the cast-iron will be a great addition.