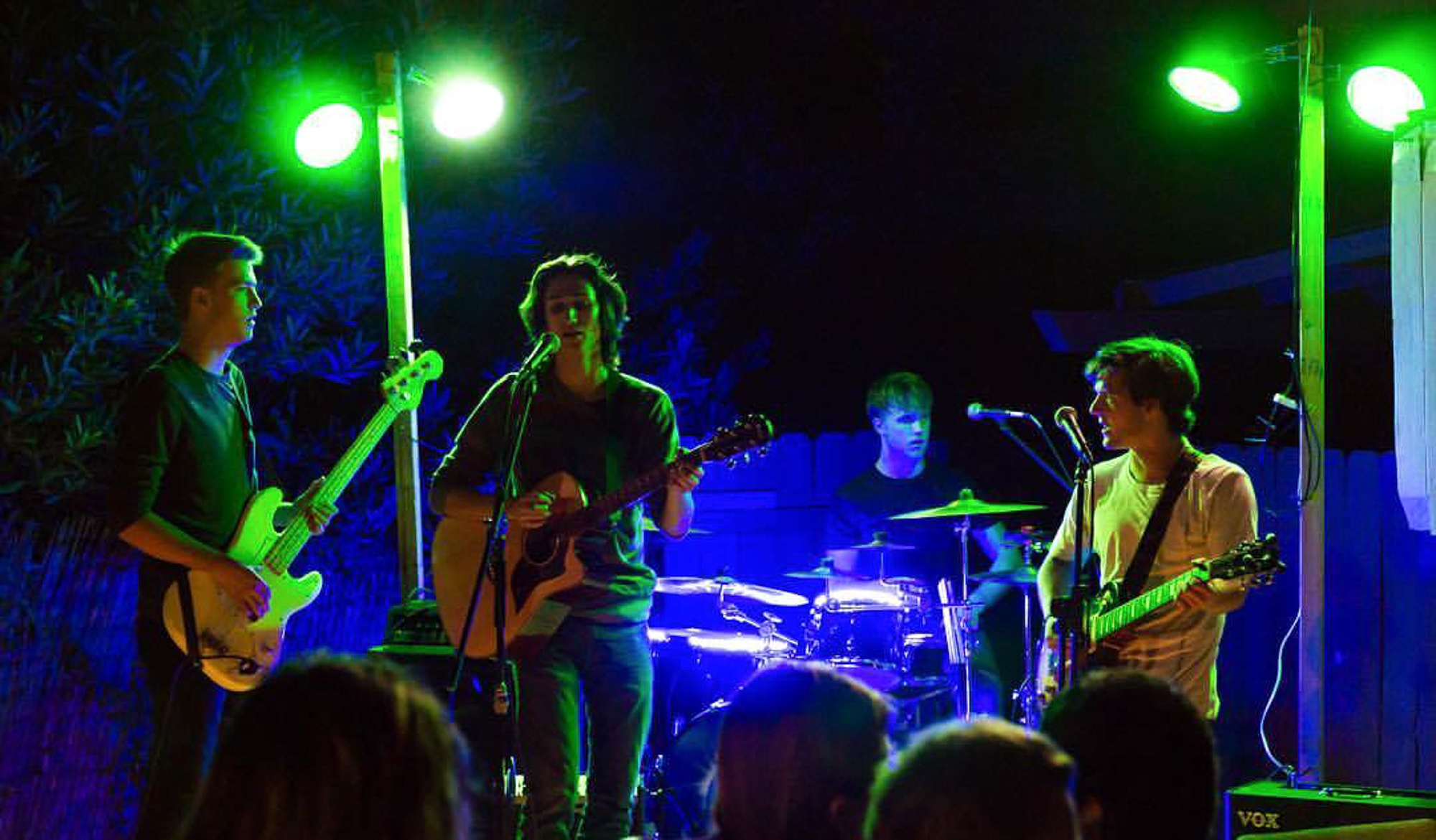 Courtesy of the Mallards

Over the last few years, I’ve seen a number of Isla Vista bands come and go, and each year, it’s easy to see which ones are going to make the most impact. My freshman year, I covered the Olés for Artsweek a number of times, a band that played shows almost every weekend­­ — eventually bringing their sun-drenched brand of reggae to headlining concerts and festivals. Last year, I wrote about Savage Henry quite a bit, giving them both recognition and praise for their hazy, blues-tinged garage rock that they became known for. Members of these bands have graduated, and with their departure, they have made room for new acts to join our town’s music scene.

A few weeks ago, we brought the Mallards into the Nexus office to play a session in the Batcave. They’re a four-piece originally formed three years ago by lead vocalist Matt Swiacki and vocalist Blake Berich. As fate would have it, they met in the freshman dorms after being randomly assigned to each other. Soon enough, they began playing together and found their individual voices as a duo. They didn’t officially form a full band until last year, when drummer Jake Morenc befriended the duo during a chess game and bassist Ray Muhlencamp joined a jam session.

The Mallards have started making their way through the backyard show scene this year, and have been playing live ever since. Their ties to other Isla Vista acts are strong: Robert Sanlis of This is Napoleon? mixed, mastered and recorded their debut EP last summer. The group is extremely proud of the finished product, Fowl Play, which can be found on both Spotify and Apple Music.

Isla Vista is a great place for a band to form, but sometimes finding space to practice becomes a challenge. We all share one square mile of land, so music travels incredibly far, especially since most spaces where a band could facilitate practice sessions are outside. The Mallards have been kicked out of eight places total because of noise complaints, including parking garages, dorms and even the marine science building on campus. However, the struggle to come together during the week is rewarded on Friday and Saturday nights when crowds gather to dance, party and listen to what they’ve created.

Just like its wonderful name, Milk Drunk has crafted a carefree, punk aesthetic. Members Kellan Staninger, Ethan Jones and Aaron Kopperman met through frequenting shows in the area, as they share a love for the local DIY scene. Milk Drunk was officially formed last spring and has been working hard ever since.

In addition to playing shows both on and off campus, the three piece already has two EPs on their Bandcamp page. It is clear that their sound is heavily informed by their influences, from Car Seat Headrest to the Story So Far — all big names in the indie world that have major influence over new acts. However, they don’t attempt to replicate these bands and instead aim to make a sound unique to both Isla Vista and the music world at large. Guitarist and vocalist Jones describes their sound as “post-ska, pre-country,” which is a label you’ll only understand if you listen for yourself. 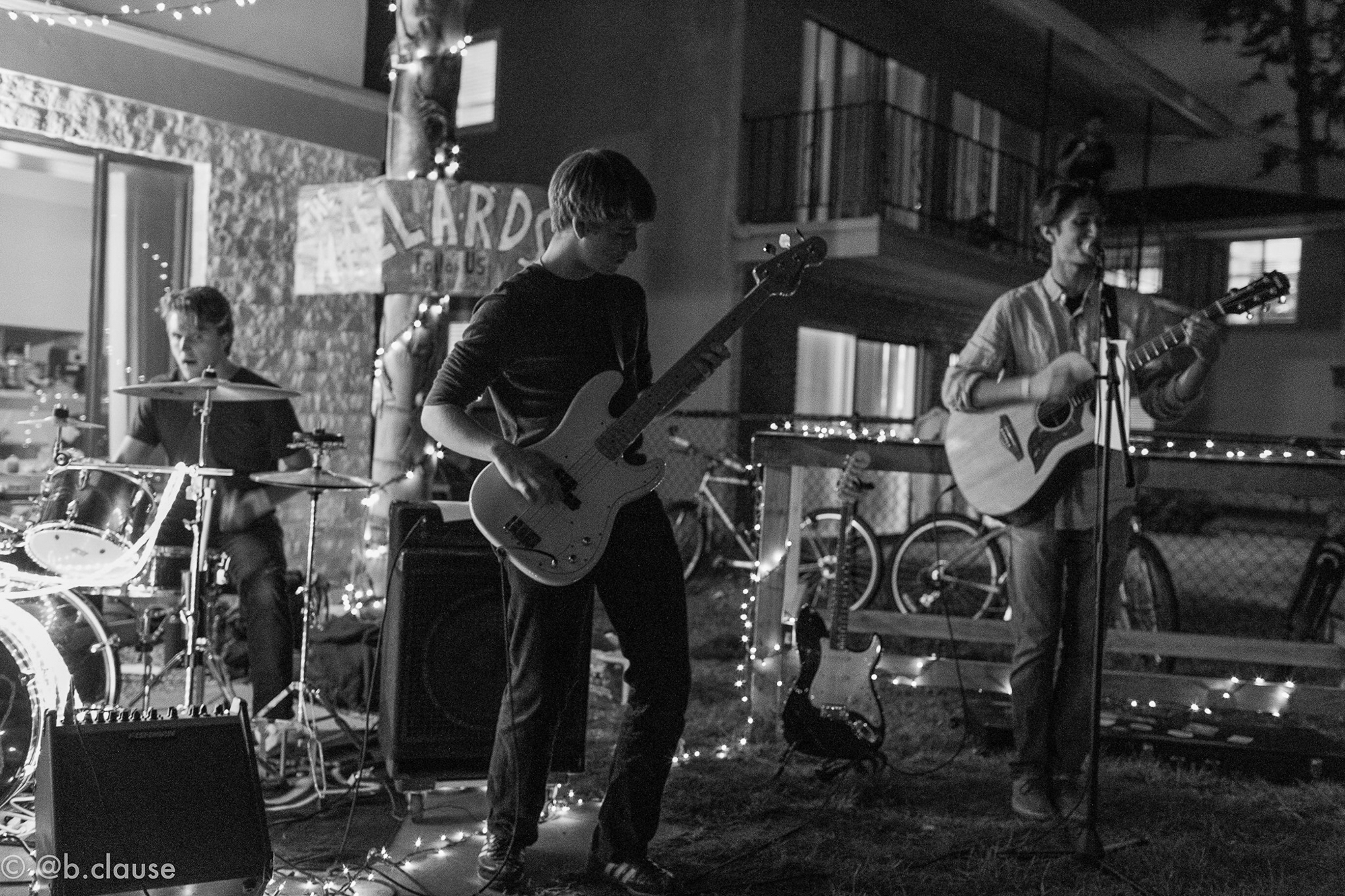 Courtesy of The Mallards

Considering the notorious emphasis on partying Isla Vista tends to have during weekends, sometimes the focus for showgoers is not the music itself. Because of this, Milk Drunk believes that many bands in Isla Vista make an attempt to play it safe in an effort to please everyone. Of course, it is difficult to keep the local DIY scene alive if all of the bands are aiming for a similar sound. However, Milk Drunk cites fellow Isla Vista band RabbitFoot as another band to see — the show that they put on is, in a word, unique.

Lord BunNy, also known as Cris Sharma, is the vocalist and guitarist for RabbitFoot. He started the band with lead guitarist Malcom Coffman a couple of years ago, then bassist Ricardo Valenzuela-Morin joined and drummer Yarden Refaely followed. The band plays a self-described mix of “latin jazz, bossa nova, folk, alternative and punk,” which they also showcase on weekends during house party shows.

RabbitFoot has had a number of shows shut down in Isla Vista, possibly due to the hard-hitting nature of their shows. They rebel against the tame nature of popular indie music, and like their peers, they are creating something different. Their energy comes at you quick, and can be a little strange — but in the best way possible.

As you can imagine, it is difficult to maintain a band and write original songs, all while working and taking multiple classes. Somehow, these guys do it all­­ — and play shows on the weekends, too. Everyone watching the Isla Vista music scene, myself included, can’t wait to see what these bands are going to do.

The Mallards’ next show is this Saturday at 6508 Del Playa Drive, at 9 p.m. RabbitFoot and Milk Drunk are playing a show together on Friday, Jan. 26 at 6763 Sueno Road.

How many of the members of RabbitShit are white?

Hi Lord BunNy here, just so you know RaBBITSHite has one non person of color member were playing a show on Friday with our friends you should come, also why does being white have anything to do with this