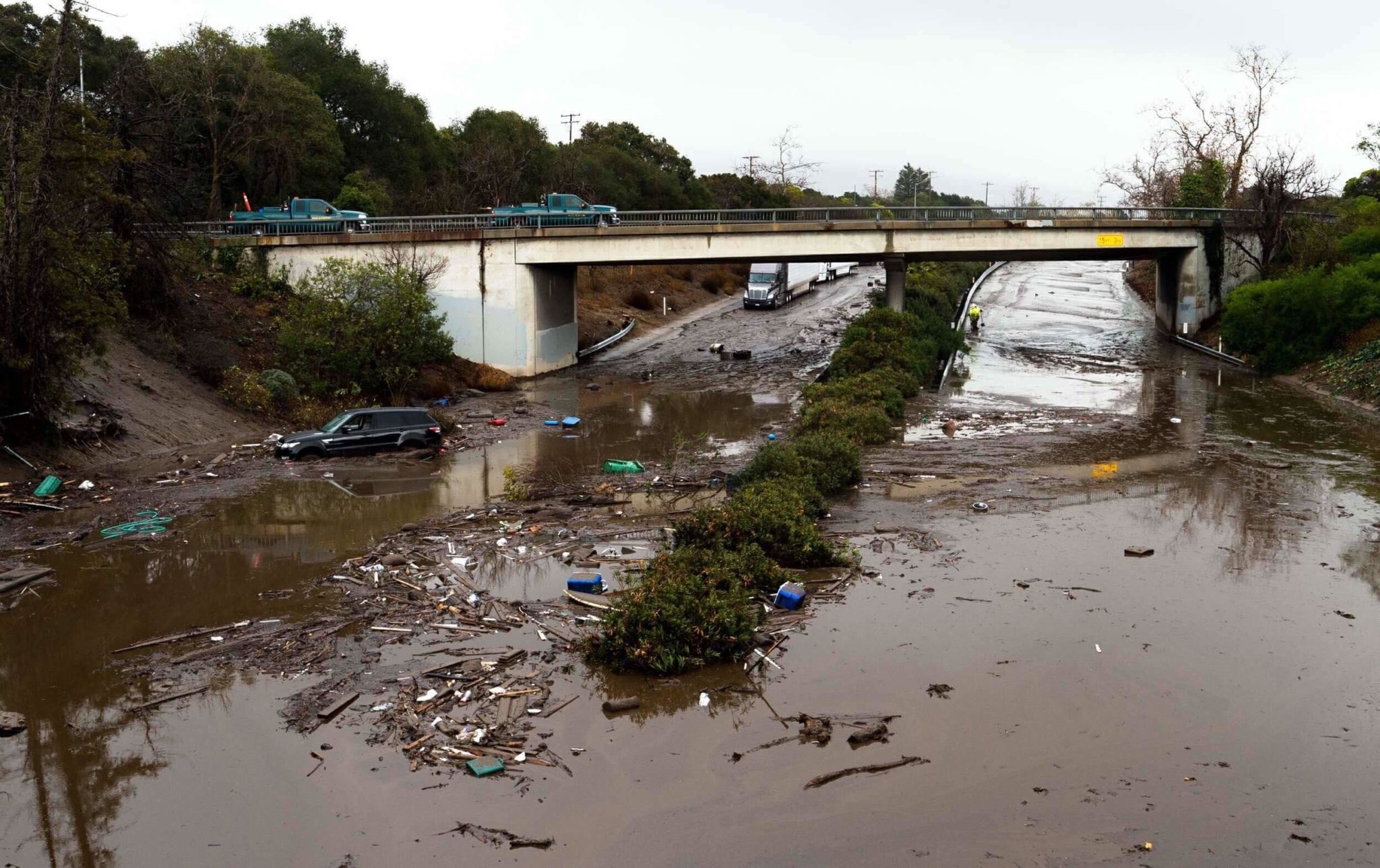 Caltrans plans to update the freeway’s estimated reopening on Monday, however Caltrans expects Highway 101 to be closed for at least another week. Courtesy photo

Access to the northbound portion of the U.S. Route 101 will remain closed from Oxnard to Santa Barbara until further notice, the California Department of Transportation District 5 announced early Monday afternoon.

Caltrans plans to update the freeway’s estimated reopening on Monday; however Caltrans expects Highway 101 to be closed for at least another week.

Northbound travelers can use Highways 5, 166 and 46. The Pacific Surfliner has also reopened and added an additional 2,000 seats to the train.

Chancellor Henry T. Yang sent an email to students on Monday with updates about traveling to campus as Winter Quarter begins tomorrow. Yang encouraged students to stay updated on road conditions through the Caltrans website.

The university will be providing a shuttle service to and from the Goleta Amtrak station and the harbor ferry. Shuttle times will be available at the UCSB Transportation & Parking Services website.

Students, faculty and staff who live south of Montecito will be eligible for reimbursement for commuting costs through an emergency fund created from private gift resources.

The chancellor also encouraged faculty to be flexible during these times.

Those in need of assistance and support can contact the Academic & Staff Assistance Program (ASAP) or Counseling & Psychological Services (C.A.P.S.).

Santa Barbara City College postponed the start of their spring semester to begin Jan. 22 due to the road closures. The semester will now end one week later on May 19. Westmont College canceled classes from Jan. 6 through Jan. 12. The campus reopened Monday, Jan. 15.

The heavy rains and mudslides in Montecito have caused at least 20 deaths. Four people are still missing.

The Thomas Fire weakened the ground in Montecito, making it susceptible to flooding and unable to absorb the water from last week’s storm.

The loss of vegetation due to the Thomas Fire, as well as last year’s Whittier, Sherpa and Rey fires, also increased the risk of flash flooding and debris. Without vegetation, rain that would generally cause very little runoff resulted in erosion and fatal flooding throughout the Montecito area.

Caltrans reopened the 101 freeway on Jan. 21. However, several off ramps leading into Montecito remain closed.

what college did you graduate from ?