The Daily Nexus
Sports
Survival of the Fittest: Mid-Majors Flex Their Muscles, Too
December 7, 2017 at 5:10 am by Sean White 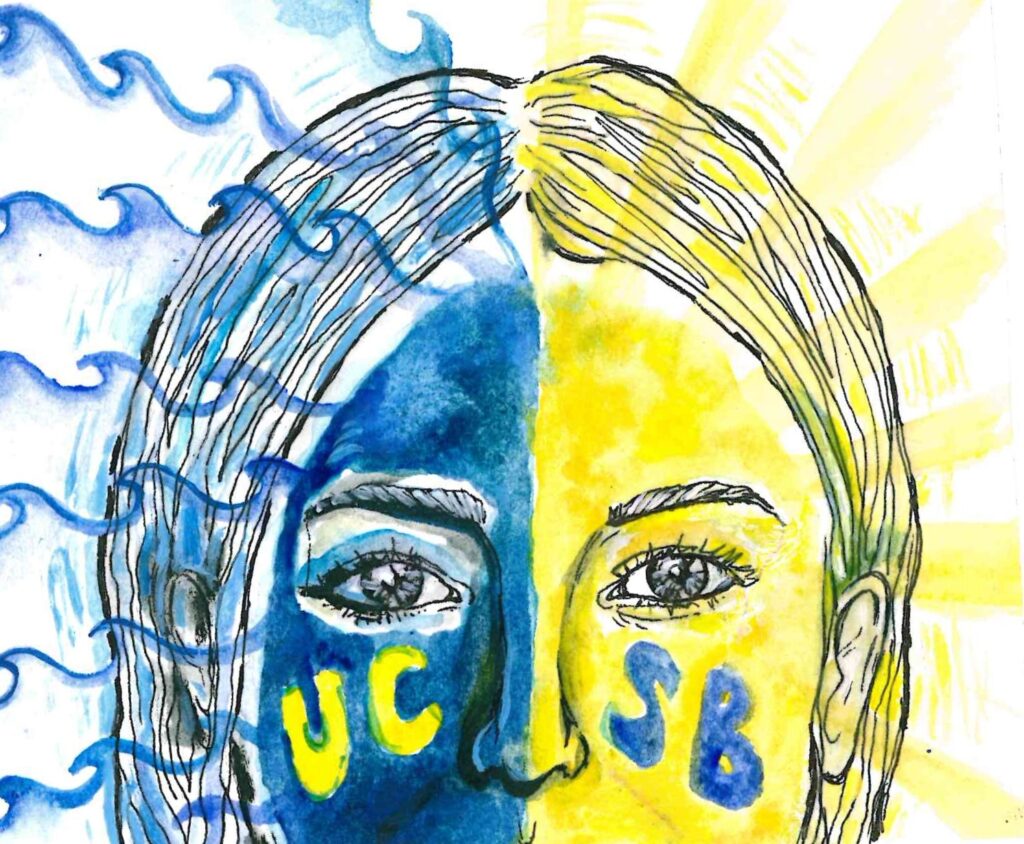 In college sports, the Power 5 runs everything.

You can consider it a Power 5 monopoly.

For those that don’t know, the Power 5 consists of five conferences — the Atlantic Coast Conference (ACC), Big 12, Big Ten, Pac-12 and the Southeastern Conference (SEC).

While “mid-major” athletic programs that have less prestige and national exposure have been around for decades, the growing stardom of Power 5 conferences has led to the gradual dwarfing of these less prestigious schools.

Over the years, and even in today’s college sports, it is the “Cinderella story” accomplishments of these lower tier programs that make the landscape of college sports that much better.

Whether it’s the recent undefeated run put together by the Central Florida football team, a team that was winless just two years ago, or seeing a low-seeded team knock off a top contender during March Madness, it is clear fans love these underdog stories.

As a member of the Big West, UCSB is part of one of the nation’s 25 “mid-major” conferences.

The term “mid-major” is typically applied to football and basketball ranks; however, in recent years it has become even more universal.

While mid-major athletics programs have been around for decades, the reality of the growing stardom of Power 5 conferences has resulted in the gradual dwarfing of these less prestigious schools.

Similar to many other mid-major programs, UCSB tends to find itself being overlooked within the college sports realm.

Surely, attractions such as the beach and academics are influential upon UCSB receiving attention amongst the masses.

They’re even features that help to recruit prospective athletes as well.

While both are enticing, the lack of having what many would consider a “big name” on the college sports map certainly is a challenge that affects UCSB both on and off the field.

As a sports fan, the image of attending a game in which the arena or stadium bleachers are filled to capacity was an experience I hoped for.

Of course, once I submitted my Statement of Intent to Register (SIR) for UCSB, which gives you a sense of how nerve-wracking the recruiting process must be for student-athletes, it was quickly evident that my vision was unlikely to occur.

As we all know UCSB, is not a sports powerhouse.

Not to dismiss the record-breaking attendance numbers for UCSB men’s soccer matches versus Blue-Green rival Cal Poly or even when the Gauchos go head-to-head with the Mustangs in men’s basketball, but the occurrence of these contests occurring twice per season for both sports just isn’t enough.

Excluding those who follow UCSB sports, many students are even unaware that our school has Division I status.

In an era of college sports when the destinations of some of the nation’s five-star, McDonald’s All-American and ESPN Top 300 athletes are plastered and glamorized in storylines nationwide, UCSB isn’t home to much of that glitz and glamour.

But this is what makes UCSB sports special.

Simply put, it’s the little things that go a long way and speak for themselves.

While currently in the middle of my fourth year, the chance to observe the accomplishments of different teams has been a wonderful process to witness.

These accomplishments have been achieved by teams such as men’s soccer, which nearly upset No. 2 seeded Clemson in the Sweet 16 back in 2015.

This was followed by baseball’s ‘Chomaha’ College World Series run after upsetting No. 2 seeded Louisville in 2016. Along with those two, 2016 also became the year the women’s water polo team won its first Big West tournament title in program history.

At the end of the day, nobody can take away the fact that you’re a winner, regardless of the scale that success took place on.

Each of the aforementioned wins are UCSB’s own version of “Cinderella” stories, forever cemented in the program’s history.

UCSB has two national championships in its history — the first by its 1979 UCSB men’s water polo team and the last by its men’s soccer team over UCLA in the 2006 Men’s College Cup.

Only time will tell what’s in store for UCSB sports in the coming years. Hey, who knows, maybe UCSB’s opportunity to host the 2018 and 2020 Men’s College Cups will bring about some extra motivation and mojo that results in another title for the Gaucho faithful.

As a senior, I won’t physically be here for that future.

However, the underdog nature of UCSB sports will always stick with me, and of course, I’ll continue to follow each sport’s success year in and year out in hopes of a big run.

In the case of mid-major programs like UCSB’s, there’s added motivation to surpass the usually underestimated standard that is placed on them.

With that being said, the Power 5 conferences may have the better talent according to rankings and other measureables.

But heart and effort can’t be measured. And those are two things that will always outperform talent.