While Isla Vista and UCSB are still about 30 miles away from the fire, the Santa Barbara County Air Pollution Control District has classified Santa Barbara’s air quality as “very unhealthy” and Goleta’s as “unhealthy.”

Chancellor Henry T. Yang announced today that all Thursday and Friday classes would be canceled, leaving the UCSB campus nearly empty by late afternoon on Thursday. 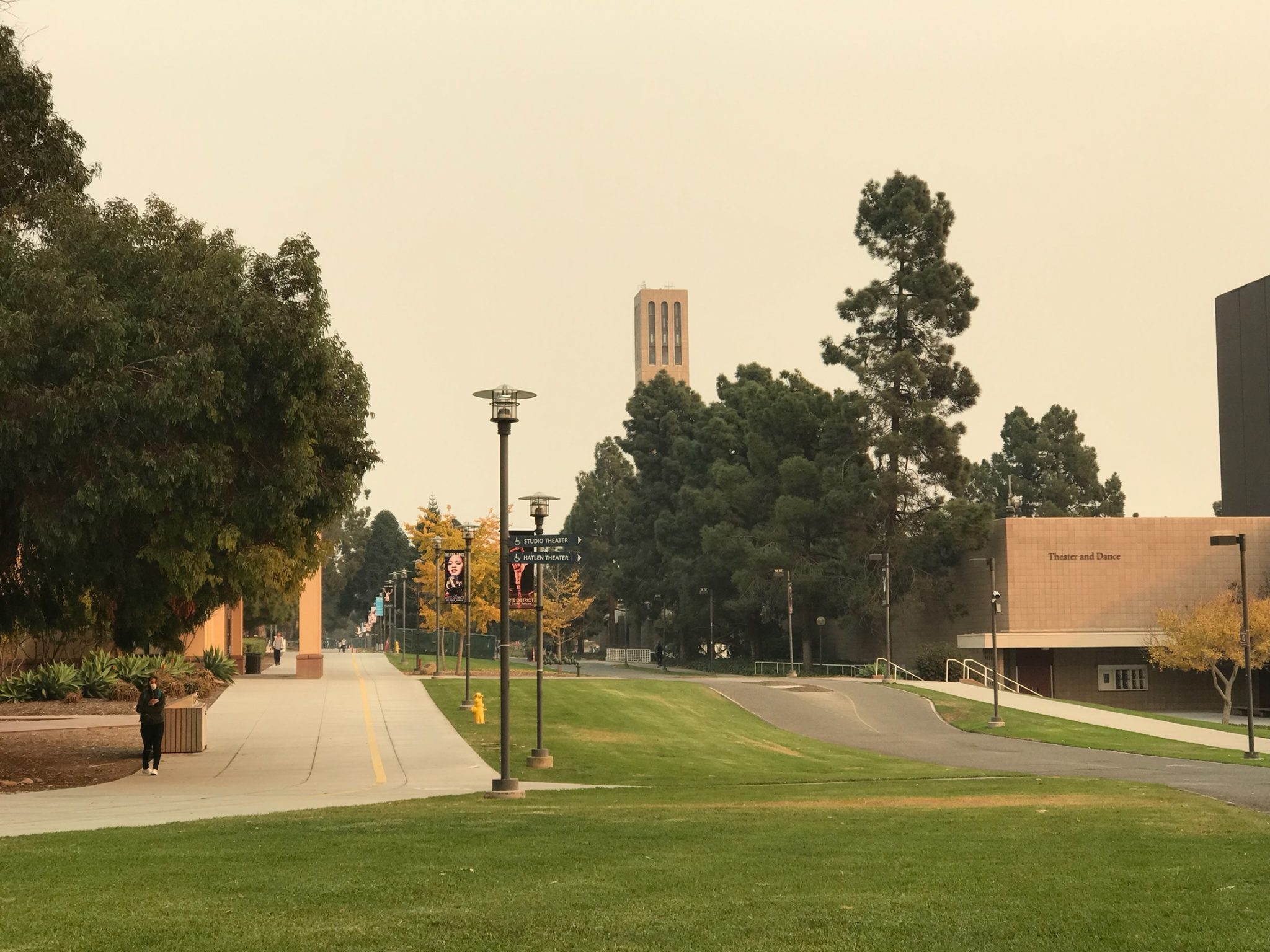 A desolate campus on a Thursday afternoon due to cancelled classes from the conditions resulting from the Thomas Fire. Campbell Nolan / Daily Nexus 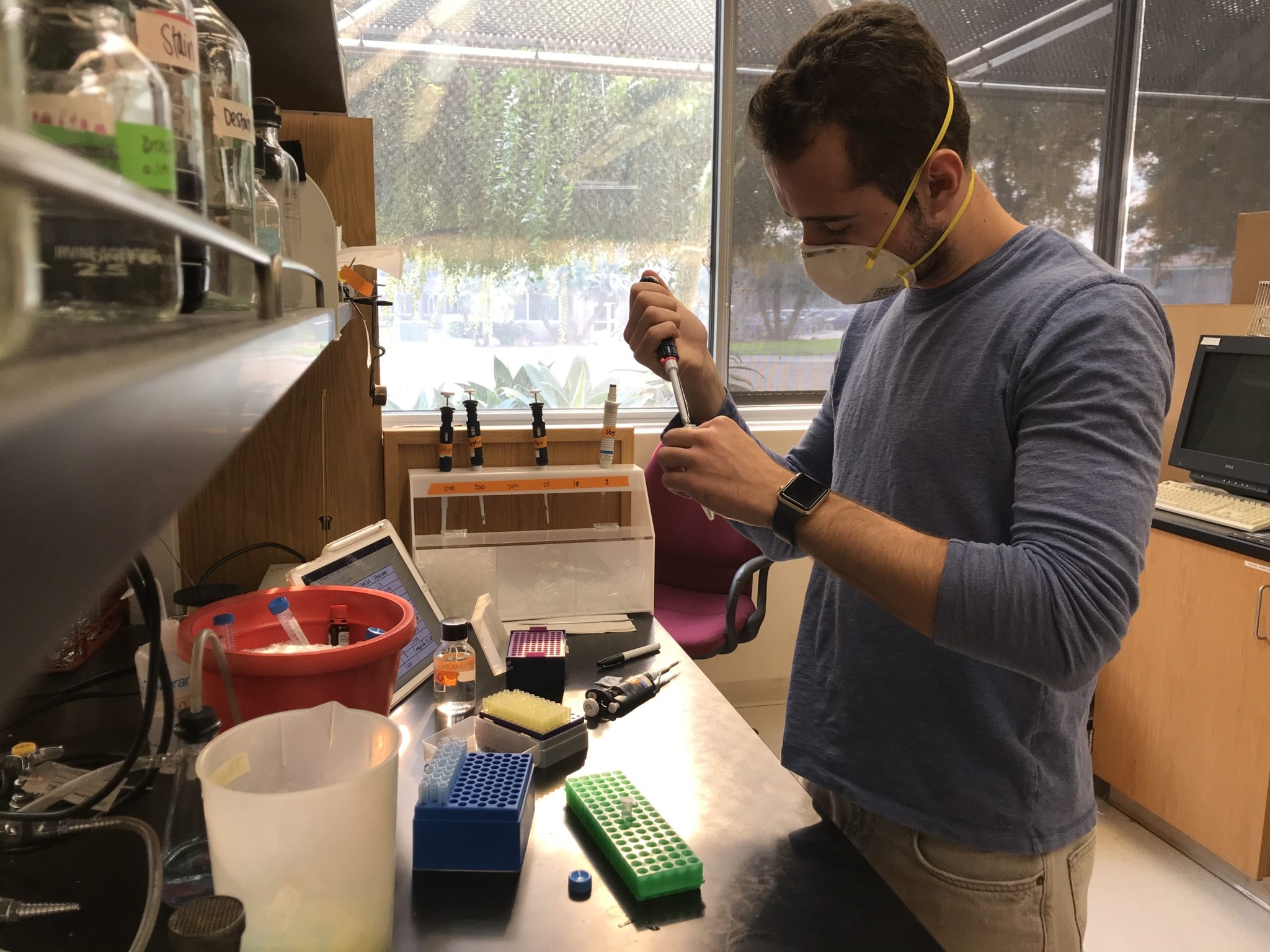 Students began wearing masks around campus and in Isla Vista on Tuesday to protect themselves from the smoke in the air. Stephen Manga / Daily Nexus 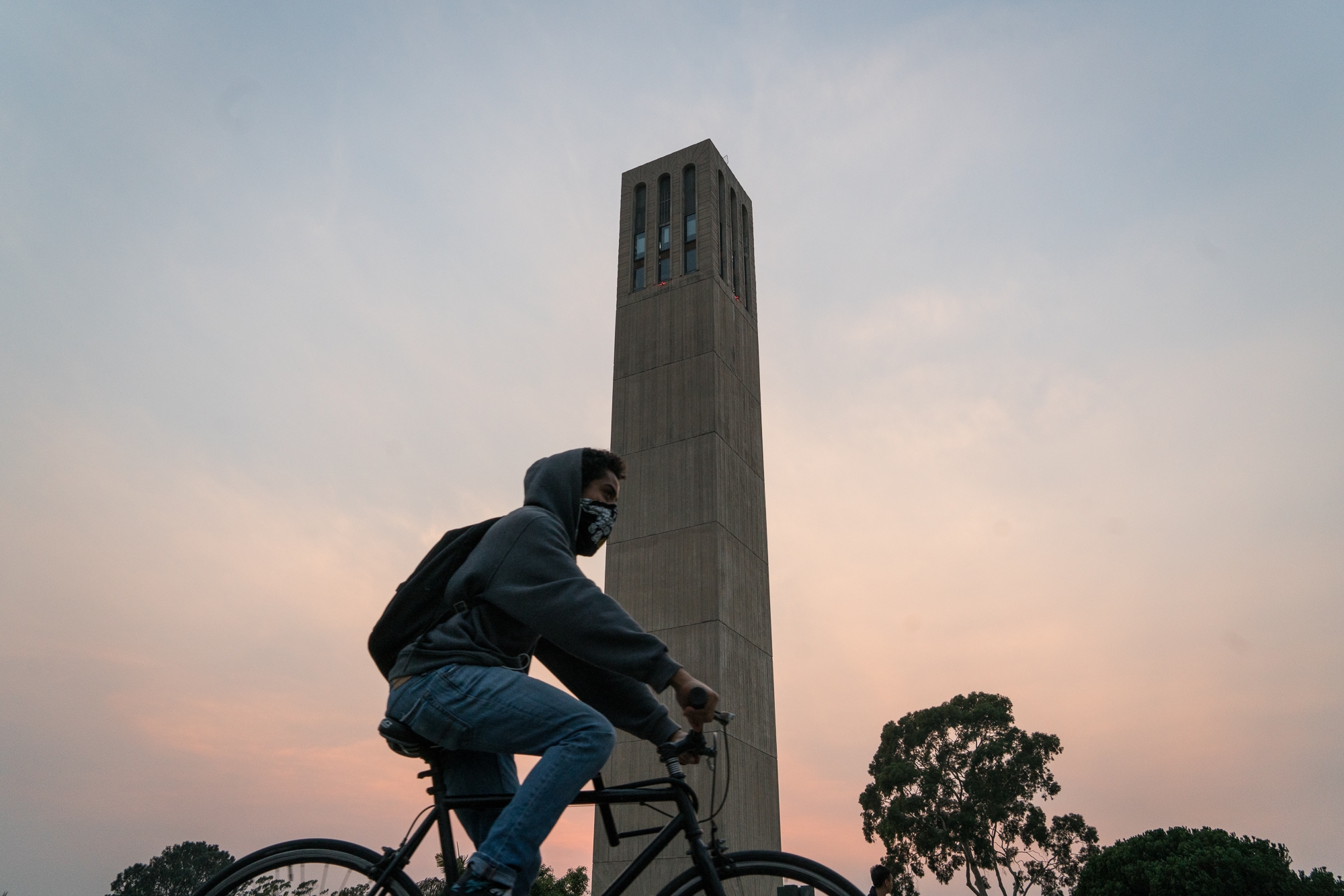 A biker goes by using a bandana to protect himself from the ash and particles in the polluted air. Sicheng Wang / Daily Nexus 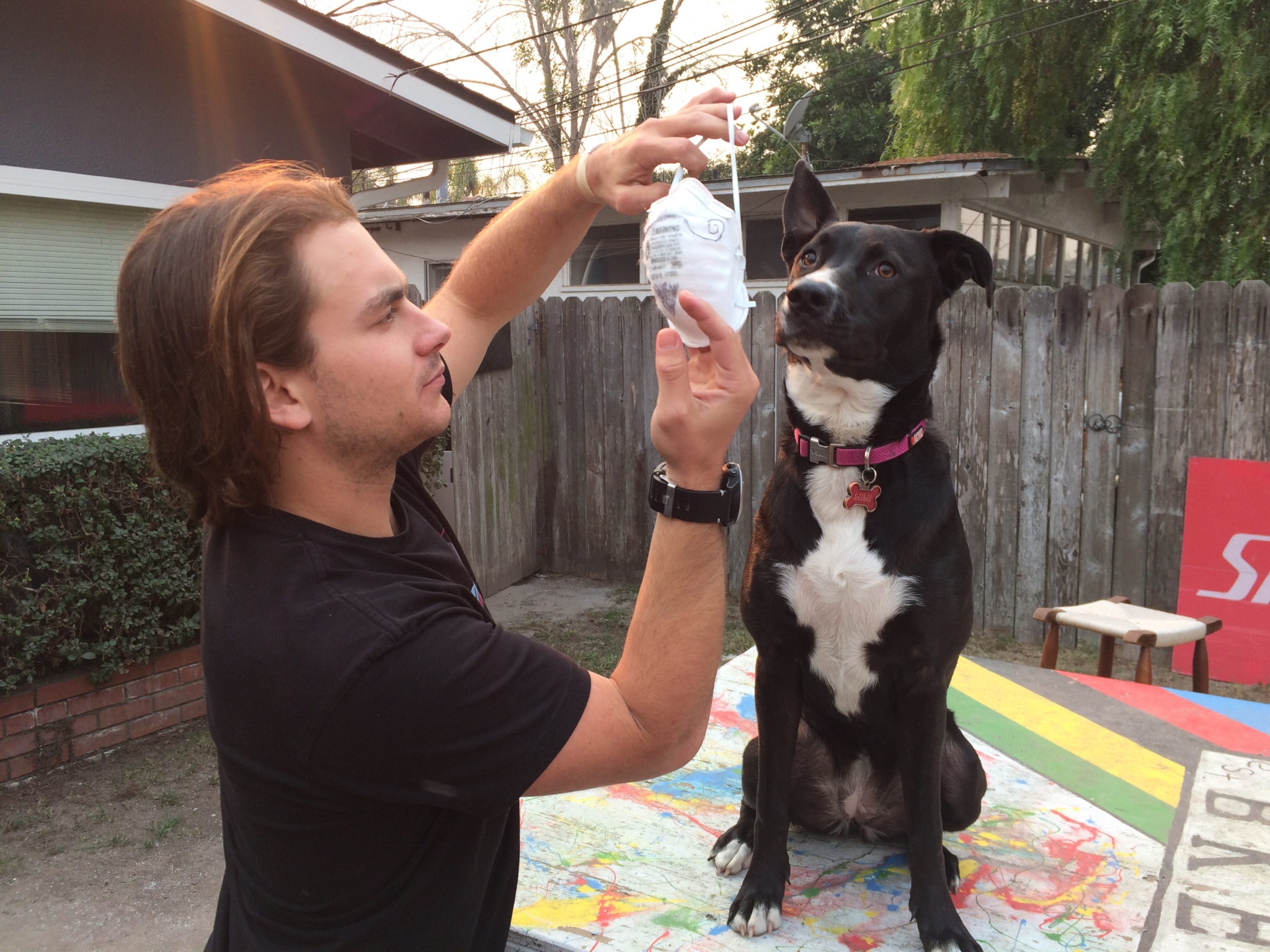 Jake Eisaguirre, third-year environmental studies major, puts a mask on his dog Lulu to prevent the inhalation of poor air from the Thomas Fire. Will Tracy / Daily Nexus 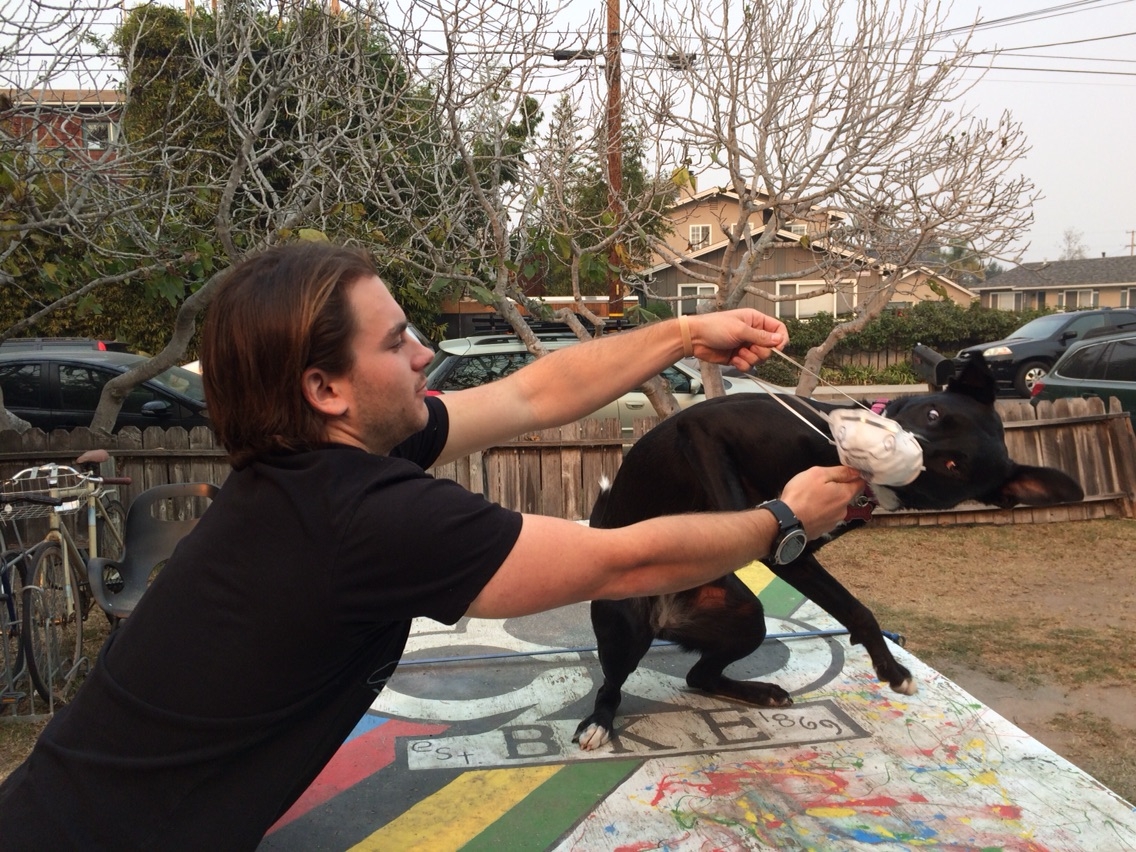 Despite Eisaguirre’s best efforts to protect Lulu from the unhealthy air quality, Lulu is reluctant to wear the mask. Will Tracy / Daily Nexus 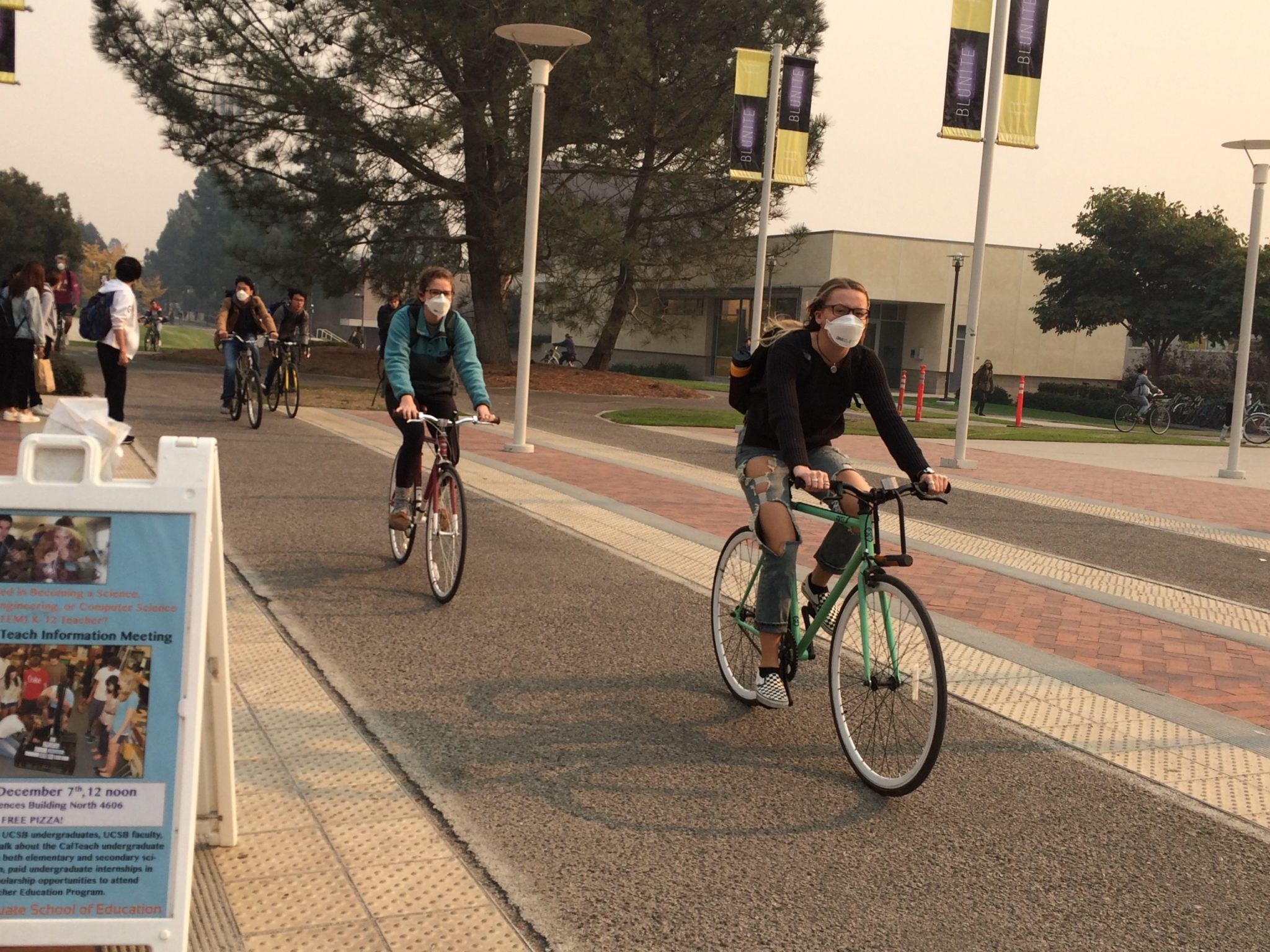 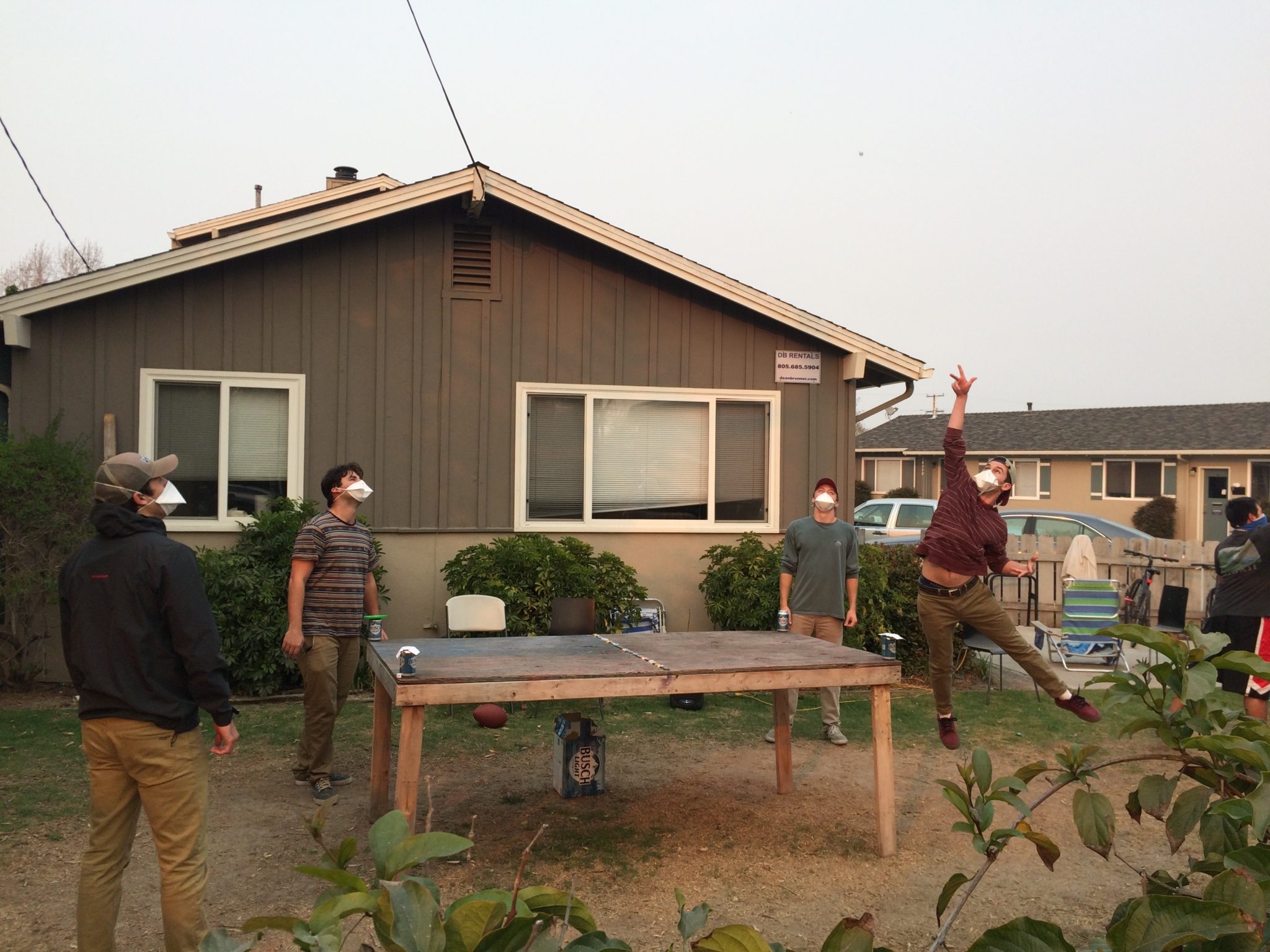 Isla Vista residents enjoy a game of beer die despite the poor air quality, taking precaution to prevent ash from falling into their beers.  Will Tracy / Daily Nexus 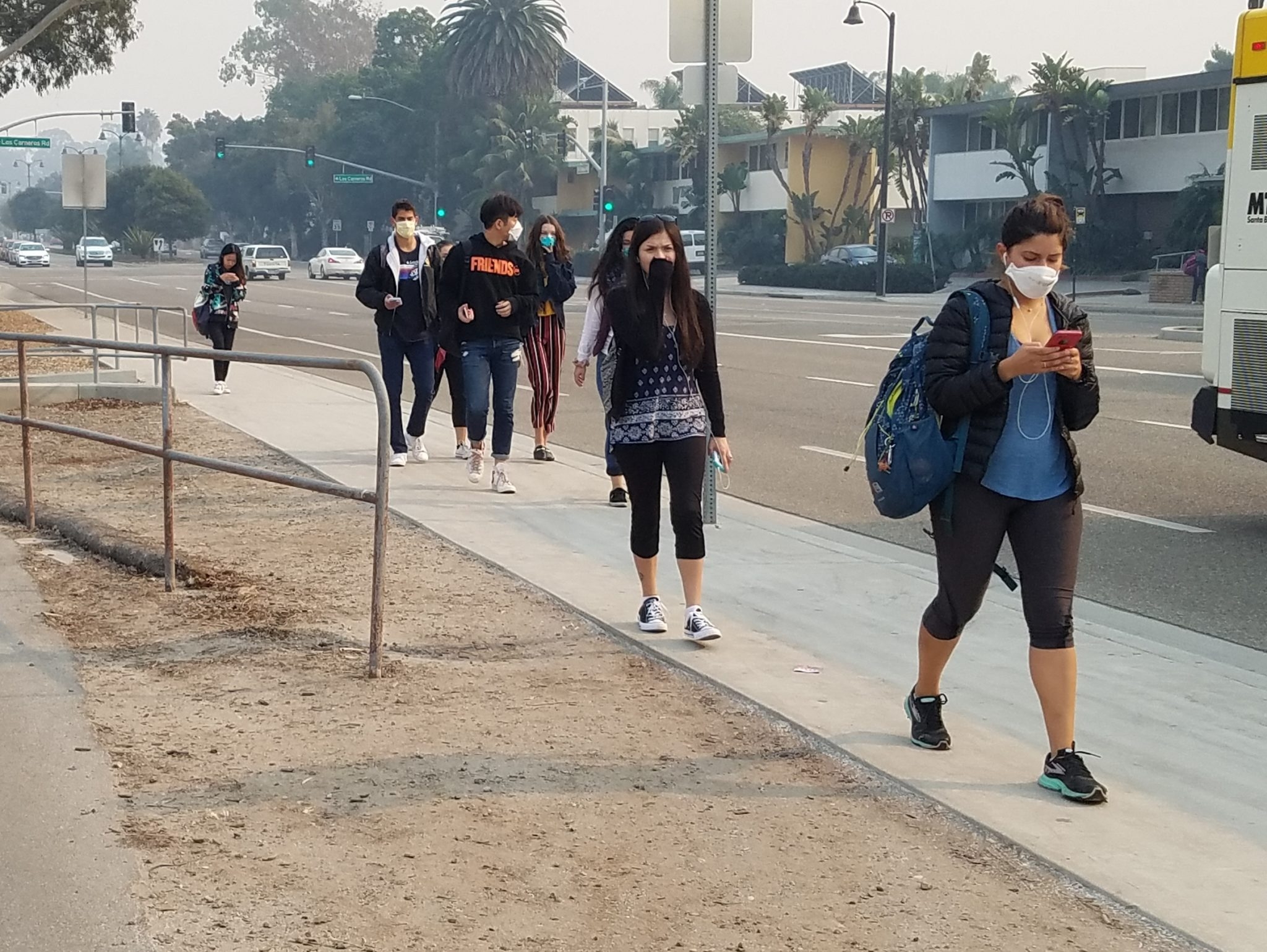 Chancellor Henry T. Yang sent an email to students Thursday morning cancelling all classes for the remainder of the day because of the effects of the Thomas Fire on UCSB students. Nicole Wallace / Daily Nexus 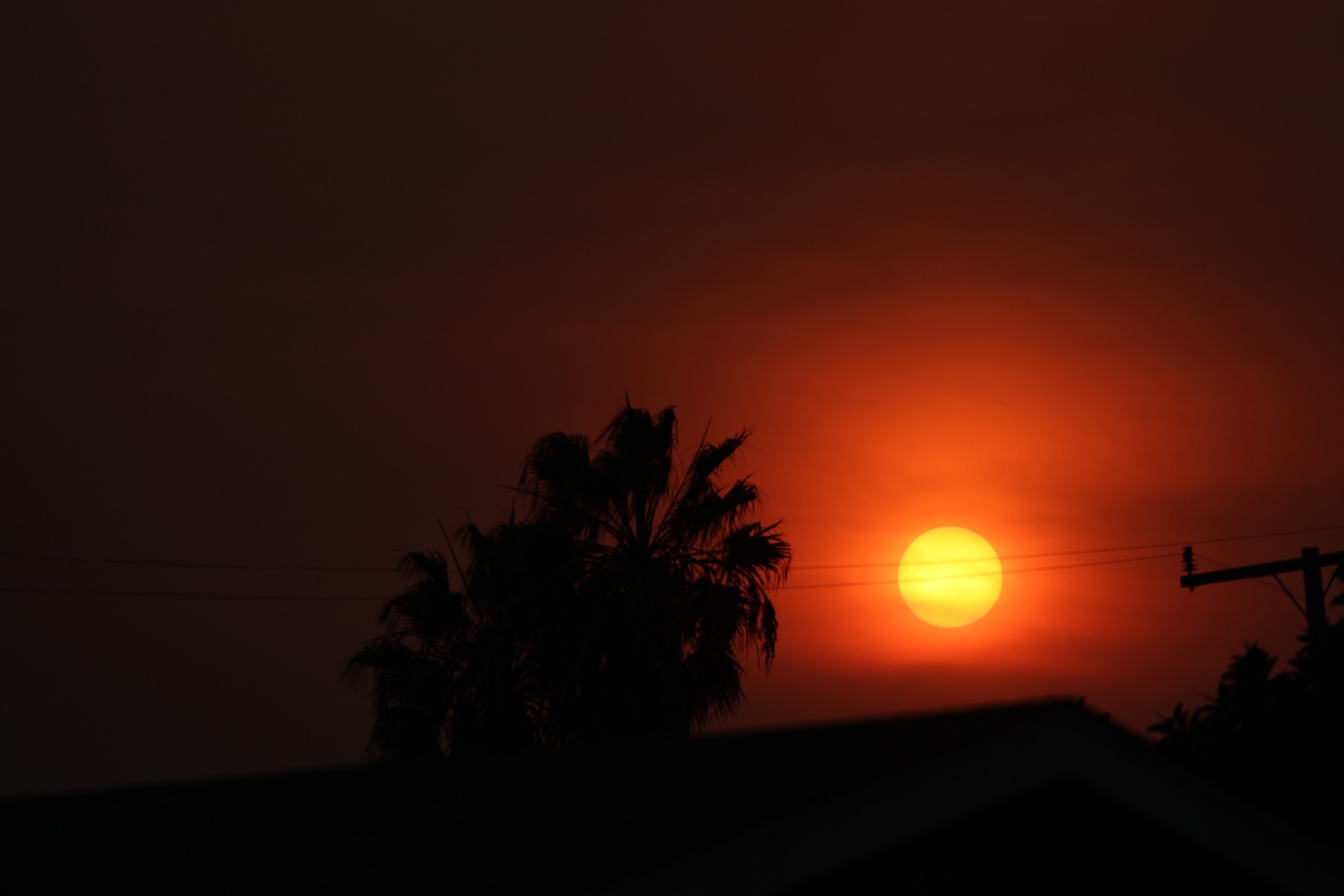 So you can play beer pong but you can’t study for finals?

Jake Eisaguirre is an idiot.

Respirators are for people, not dogs and we don’t even have enough for people right now.