In the 28 years since Aaron Jones first attended UC Santa Barbara, he has noticed that the more things change, the more they seem to stay the same. 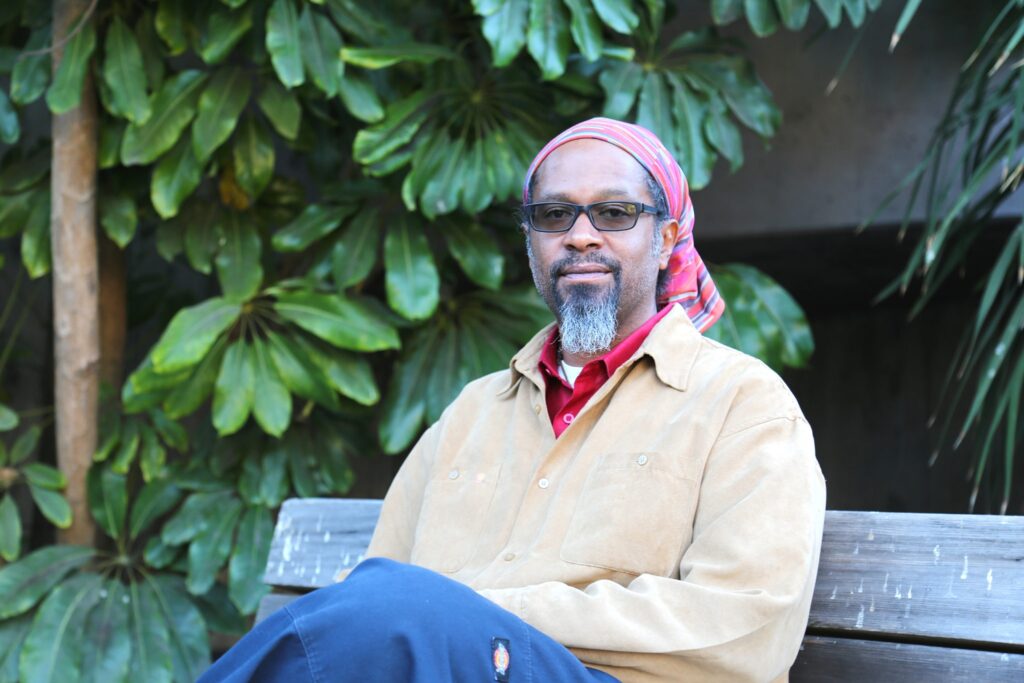 Jones, the current Associated Students (A.S.) assistant director for community affairs, student engagement and advocacy, announced on Nov. 29 he will be resigning from his position at A.S. to begin working as the director of the Educational Opportunity Program (EOP) starting Jan. 3.

Jones attended UCSB as an undergraduate student studying black studies and political science in 1989. His decision to attend the school was largely influenced by two individuals that he met while visiting the campus: Kristine Griffin, then-staff member of the now-renamed Office of Relations with Schools, and Hymon Johnson, then-EOP director.

Jones served in A.S. from 1991 to 1994 as a legislative council (previously the name of the A.S. Senate) member, external vice-president for statewide affairs and as A.S. president while he was an undergraduate student. He explained that he appreciates the organization because it is so “intentionally crafted and structured” to serve both UCSB students and the Isla Vista community.

Jones now works in all fields of the university. He attends the school as a graduate student and is co-advisor for the A.S. Elections Board and the I.V. Tenants Union (IVTU).

IVTU responds to emergency events and works to create policies that prepare for the future. Jones was amazed by the speed the team he advises at IVTU was able to set up protocols for the mass evictions that occurred after the cliff erosions in January.

“They’ve literally created an emergency response program out of nothing because when the first cliff erosion happened, it became very clear very quickly that there was no protocol. So, what do we do? We create one,” Jones said.

As co-advisor of the A.S. Elections Board, Jones says it is important to be an active citizen and expressed his pride in the university’s political participation.

“That culture of participating in being civically engaged and participating in the electoral process in and of itself is a truly fantastic thing, and it’s really something that UC Santa Barbara should be proud of,” he said.

UCSB has had high voter turnout rates in both campus and general elections.

As a graduate student, Jones is researching the history and legacy of student activism to effect social change, including UCSB’s own history in activism.

“I think that there’s this practice of looking back upon the past with rose-colored glasses as though, ‘Oh, they really had it together,’ or, ‘They did this, and they did that,’ as though somehow, we are, in the present, disconnected from them in the past,” Jones said.

Jones pulled from Stokely Carmichael, a prominent figure in the civil rights movement of the 1960s, to share the idea that one person does not make a movement. Instead, it’s the people that surround charismatic figures like George Washington or Martin Luther King Jr. who succeed in advocating for their respective causes.

Jones’s research observes a 30-year cycle along which student activism peaks and declines.

“Arguably, we’re coming up again on another [peak],” he said. Jones attributes this peak to the current state of political affairs and is interested in seeing the leaders that will emerge.

Jones is looking forward to working with the EOP staff, particularly because he says the 50-year-old organization is in a “rebuilding stage” after going through five directors in seven years.

While the new position seems natural to him now, it was a difficult decision for him to leave A.S., through which he feels he has been able to develop a sense of camaraderie and strength.

“Sometimes, when you got green lights all the way or the stars are aligning, it’s like, ‘Oh, yeah, I gotta go,’” Jones said.

Many of Jones’s coworkers say they will miss his presence once he moves to EOP. Elizabeth Mendez, special projects coordinator for the Community Affairs Board (C.A.B.), spoke about the impact Jones has had on the people he meets.

“He just makes everyone more comfortable,” Mendez said. “Knowing that Aaron is there, to ask questions, if you need someone to talk to or just need some sort of advice, it’s just nice.”

As an EOP student herself, Mendez is confident that Jones will be able to do good work in his new position.

“It saddens me that he’s leaving the C.A.B. office and he won’t be there anymore, but it pleases me to know that he’ll be in a position where he’ll be able to access and reach out to other students,” she said.

“It’s really great working with Aaron; he knows so many people on campus, and he’s a great person to know to be able to help students get access to resources,” Mojarro said.

While Jones hoped to be able to secure permanent locations for A.S. entities such as the Bike Shop and Food Bank around campus before moving to EOP, he said he’s proud of the work he’s been able to oversee in the community, particularly the Pardall Center.

During his time in A.S., the center has developed and grown to hold a computer lab, offer free exercise classes, house the IVTU and Legal Resource Center and serve as a hub for memorial events.

“There’s just so much that’s kind of swirling around the Pardall Center, and I think that’s probably one of the most significant and broadly impactful [projects],” he said.

Jones said he hopes he has left a mark of zeal and enthusiasm in A.S. that he brings from his own time as an undergraduate.

“I’ve had my time as an undergraduate, to be out in the streets protesting, and arguably I still do, but really in terms of the association, it’s your time,” Jones said.

A version of this article appeared on p.3 of the Dec. 7 print edition of the Daily Nexus.