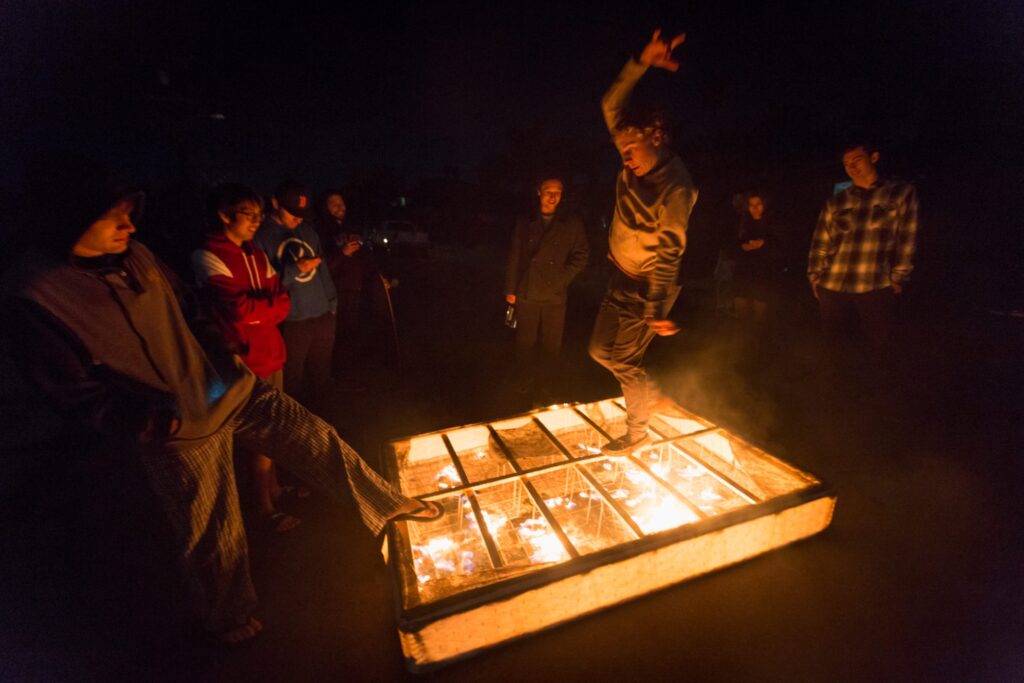 Isla Vista residents burned mattresses and couches on Del Playa Drive as the neighborhood was shrouded with darkness during a blackout on Monday night. McLane Brown / Daily Nexus

The fire has burned an estimated 40,000 acres of land so far, according to the Ventura County Fire Department.

#ThomasFire : updated acreage is 45,500 with zero containment. 1000+ firefighters still battling the blaze. Erratic winds and fire behavior is expected throughout the day.

The Public Health Department confirmed that smoke and ash from the Thomas Fire was affecting Santa Barbara air quality and poor conditions may continue over the next several days.

The department said individuals should keep their windows closed and avoid using fireplaces.

If air quality is so poor that indoor air is polluted,“consider relocating to an area where the air is clearer,” the department warned.

They said dining halls will continue to serve food.

UCSB sent out a list of safety tips in case of another power outage. The department said students should use only flashlights if they need emergency lighting, should keep refrigerator and freezer doors closed and should not use the elevators.

The email said students should keep their windows closed and turn off all unnecessary power and appliances in case of a power surge.

UCSB’s Counseling and Psychological Services is only offering limited emergency services “due to power outage, air quality, and limited access to information,” according to an email to UCSB students.

CAPS said it is “unclear” when the office will resume normal services. Counselors will see students who had scheduled appointments for Tuesday, but other appointments will be rescheduled once the system is fully restored. 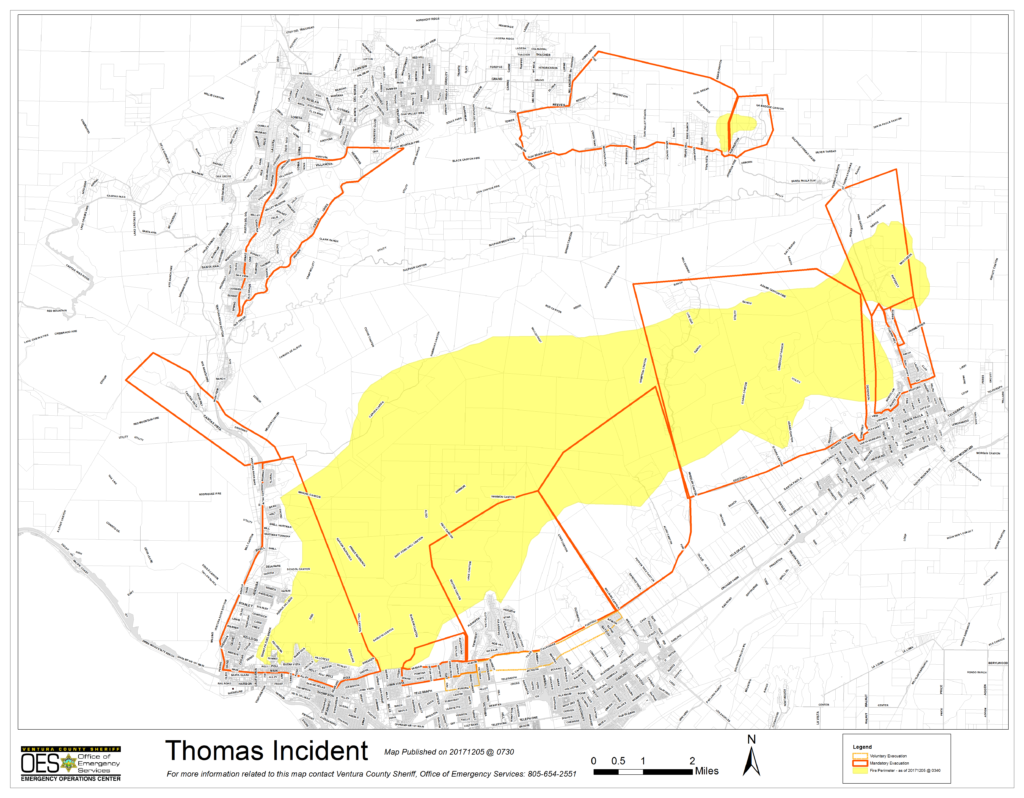 Thousands of I.V. residents rushed onto Del Playa Drive Monday night in response to the power outage while blasting music, setting off small fireworks and burning two couches, a mattress, one chair and a dumpster.

Santa Barbara Community College (SBCC) closed its campus at 10:15 a.m. on Tuesday morning in response to the fire. “There is no immediate danger,” SBCC Executive Vice President Paul Jarrell said in an email.

Students were told to evacuate in an “orderly and timely fashion” and staff were on campus to assist, according to Jarell. “I understand the issue this creates regarding finals, but our primary concern is safety,” he said.

He added that power outages are expected to “continue throughout the day and shifting wind conditions are making air quality and visibility issues that will likely worsen through the day.”

SBCC is expected to reopen tomorrow for classes but La Playa Stadium will remain closed, according to SBCC spokesperson Luz Reyes-Martín.

Does anyone want to tell the idiot, walking over the fire, that the beam could easily break? Why do these people feel a need to burn furniture and dumpster? Are their lives THAT boring!!!!!????

The electricity is out due to a brush fire and these idiots are igniting furniture and launching illegal fireworks? These are supposed to be the future leaders? Pretty sad state of affairs… I hope the real “smart” ones in the picture or videos get prosecuted or UCSB does something for once about this very poor behavior.

If your planning on painting the interior of your home after the fires, consider adding the Ionic Paint Additive to the paint, converts any newly painted wall surface, into a permanent air, purification system, no electricity or filters required. The additive permanently maintains healthy indoor air quality and removes offensive smoking odors, cat urine odors, toxins, and mold.