The first outage occurred at approximately 9:52 p.m. The UCSB campus and I.V. residents were left without power for several minutes. Power returned briefly before going out again.

The outages occurred throughout Santa Barbara County and extended to Ventura County. 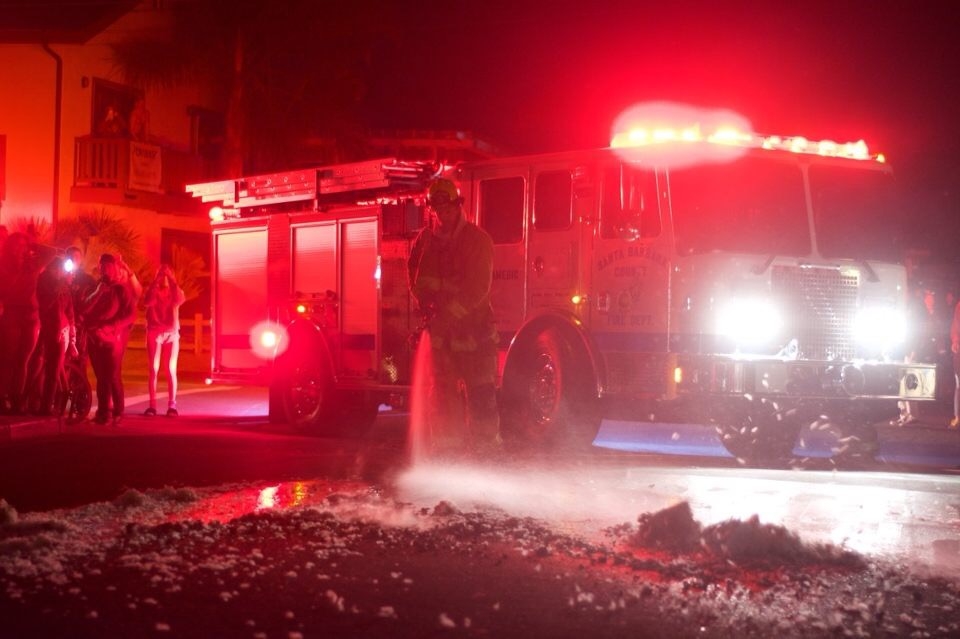 Susan Cox, Southern California Edison spokesperson, said that the power outages “appear” to be linked to the Thomas fire in Ventura County.

According to Southern California Edison’s online outage tracker, power service is expected to return to I.V. residents at 1 a.m.

The Santa Barbara County Sheriff’s Office (SBSO) confirmed reports of fireworks set off in I.V. Monday evening after the power went out.

Thousands of I.V. residents swarmed Del Playa Drive in response to the outage. Many were holding candles, shouting in the streets and blasting music. 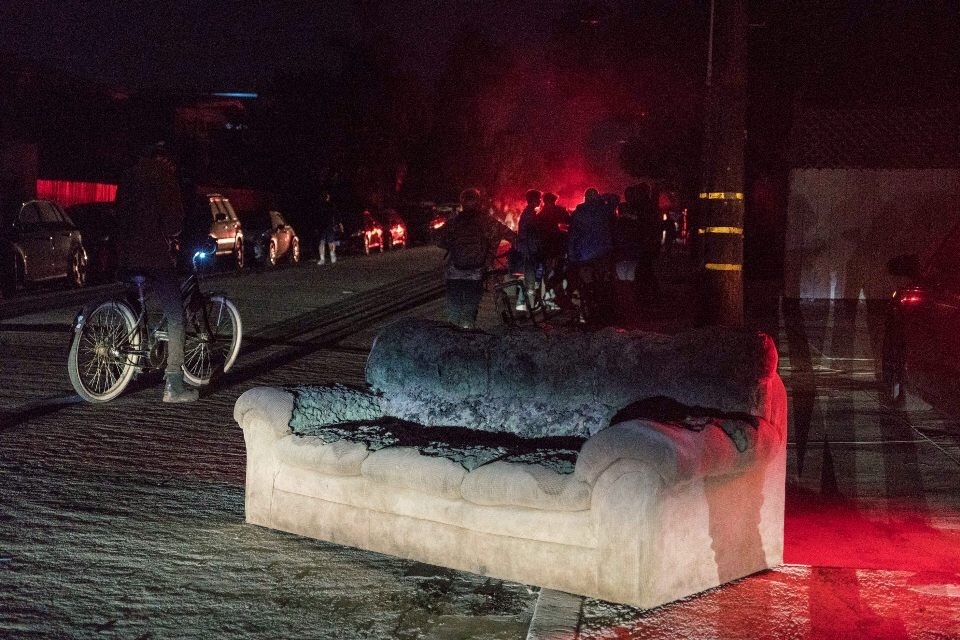 SBSO spokesperson Kelly Hoover confirmed two couches, one chair and one dumpster were set on fire on Del Playa Drive.

One couch was set on fire at approximately 11:17 p.m, according to Santa Barbara County Fire Dispatch.

Hoover said no arrests were made.

The disturbances on Del Playa Drive quieted down by 12 a.m. on Dec. 5, Hoover said.

Correction: Hoover said the disturbances on Del Playa Drive quieted down by 12 a.m. on Dec. 5, not Nov. 5.

Did Hoover say the disturbances quieted down Dec. 5th at 12 a.m.?

When they are high wind advisories, why would supposedly intelligent people light couches on fire and set off fire works? This never ceases to baffle me.
Also, Nexus, please proof-read, “Nov. 5?”

Maybe if you knew we have finals this week you’d understand why everyone was so pissed. We are already running off 1 hour of sleep

Ah yes. So while a fire is raging to the south our brilliant university students lose power, light things on fire, and divert the focus of firefighting resources. Stop thinking about yourselves and think about how others are losing homes, and lives. Your power outage is nothing.

Enough of the goddamn competition for whose having a worse time. Finals are here and the power outage does affect us greatly when it comes to studying. That does not excuse the actions of a few a**holes in IV who take any opportunity to run wild or is not an argument to say a power outage is worse than losing your home. It’s a shitty situation all around and all you want to do is go around on your high horse to make yourself feel better. Get over yourself.

Can’t wait until you little twerps join the real world and have actual stress. Total meltdown.

lol if we’re such “little twerps” why are you even reading a newspaper written by UCSB students. With you’re maturity level I doubt you even went to college.

“Little Twerps”
Lol stop being such a square old person

Im a UCSB student, obviously in the same stressed position with finals approaching. My response? Keep studying with the little amount of synthetic light I could find. I can’t understand how burning a coach is a remotely appropriate response.

It’s Isla Vista. You can be a top university AND have occasionally rebellious students
What, do just want every 20 year old to stay indoors all day? Couch burning is a tradition and a quickly dying one that we, the intelligent students of UCSB, will engage in on rare occasions

First, not everyone who lives in IV is a university student ( many attend SBCC or are not in school at all.) Second, stop using the behavior of a few people to demonize college students in general. Sorry you guys never went to school or have a chip on your shoulder about people education in general. I am a Gaucho and haven’t read the Nexus in like 5 years, so I am a little perplexed why someone who has such a beef with educated “twerps” even bothers to read a publication that is released by them. Sorry we can’t all… Read more »

Alma mater. I read the paper because I attended the school and care to keep up on happenings now and again. Don’t make excuses for vandalism and inappropriate behavior — though I know that’s en vogue right now. Your education level, or obvious lack thereof, has nothing to do with it. Twerps.

A dumpster fire is the perfect image of UCSB. How about we swap out the Tome in the seal to instead be a flaming pile of trash? You can even keep the tagline. Still fits.

Who wants to start the petition?

You guys do realize its finals week right? of course people are PISSED

“Thousands of I.V. residents swarmed Del Playa Drive in response to the outage”
Source please? I was out and about on DP last night, but there were only a couple hundred residents on the streets.