Blue Bayou, is one of Disneyland’s most coveted dining locations. If you’re ready to step it up from churros, turkey legs and pretzels, Blue Bayou Restaurant is a must-try for Disneyland lovers. I didn’t know about Blue Bayou and its high demand until 2015, and when I saw the restaurant as a passenger on the Pirates of the Caribbean ride, I knew I had to try it the next time I visited the theme park. 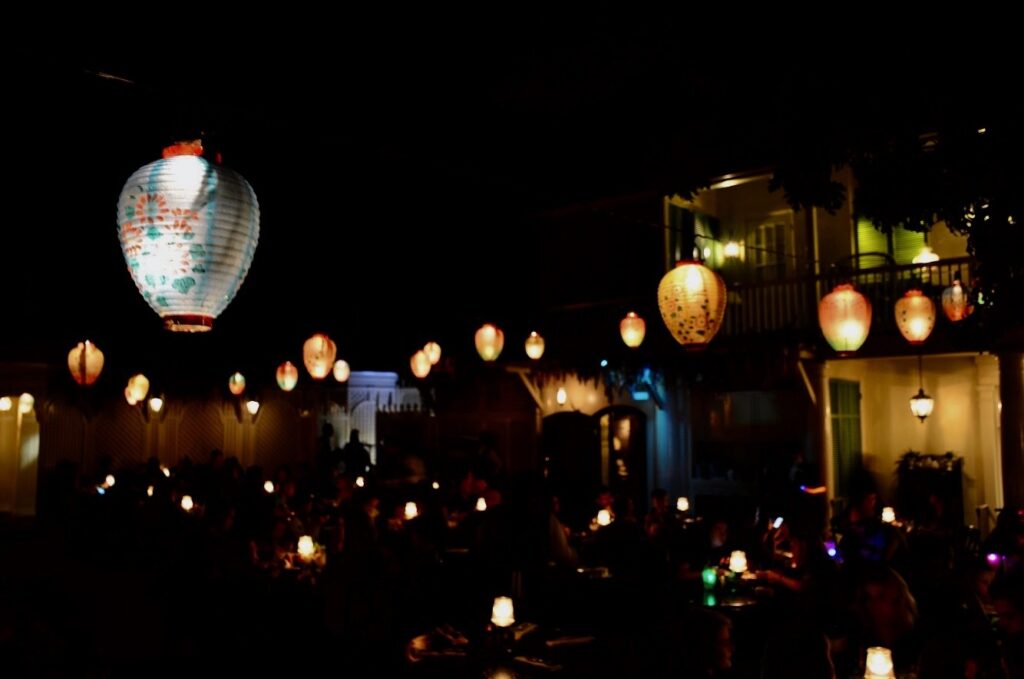 Blue Bayou Restaurant is located in New Orleans Square and immerses diners in their very own Louisiana twilight with the multi-colored lanterns hanging throughout the eatery. It’s built right into the Pirates of the Caribbean ride, so diners can occasionally see passengers on the boat passing by

The restaurant is inspired by New Orleans, and its interior decor is almost identical to the rest of the New Orleans Square outside. As soon as you step into the lobby, you’re surrounded by mirrors, ornate curtains and some benches.

My boyfriend and I made our reservation for Blue Bayou two months in advance, and even then we couldn’t find a spot for dinner, so we settled on lunch at 12:20 p.m. We checked in a little late, but we only had to spend about ten minutes in the lobby before our table was ready.

While the hostess was leading us to our table, I immediately noticed the darkness of the restaurant just because it was such a huge contrast to the bright Southern California sun. The only light came from the candles in the center of each table and the lanterns hanging overhead. One side of the restaurant replicated a two-story Louisiana-style house while the other side was immersed in trees and a bayou-like setting.

Even though the Blue Bayou Restaurant seemed more upscale, according to its high demand and prices (ranging from $35 to $60 per person), I noticed that it was actually pretty casual. I expected it to be more romantic, quiet and classy, but it was just a typical restaurant, and the majority of the parties were families

The lunch menu consisted of Cajun and Creole-inspired entrees including the Bone-in Rib Eye, Surf and Turf and the coveted Le Special de Monte Cristo Sandwich. We decided to share the Bone-in Rib Eye which included the steak, seasonal vegetables and macaroni and cheese. Our entree also came with a choice of a salad or cup of New Orleans Gumbo and we settled on the gumbo. In addition to the entree, we ordered a Mint Julep and a Louisiana Lemonade that came with a light-up ice cube. 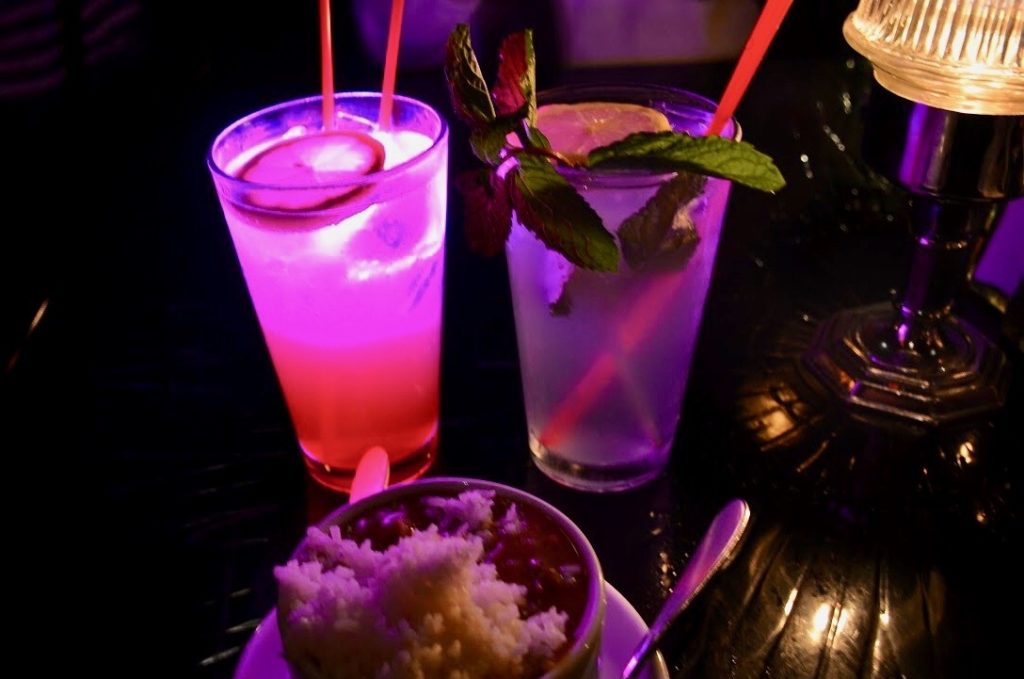 Shortly after we placed our order, we were given complimentary bread to start off our meal. The bread basket came with two sourdough rolls as well as cornbread. The texture of the sourdough bread was extremely soft and tasted perfect with butter. The cornbread had a delightful sweetness to it that complemented the sourdough really well.

Our drinks came out around the same time and the Louisiana Lemonade was absolutely beautiful. The ice cube, although it may seem a little unnecessary, made the cup look so fun and really stood out in the room since it was so dim. The lemonade itself had just the right amount of sweetness and the hints of mango and raspberry really hit the spot. As for the Mint Julep, I’m not a huge fan of mint, and the drink literally tasted like toothpste to me, but it was still pretty refreshing and gave me Gatsby vibes.

The gumbo appetizer was in a pretty small bowl, but it was still enough to share. The stock was very flavorful — I could tell that they put a variety of different spices in there — and the rice underneath really complemented the flavors.

After finishing our appetizer, we moved on to the main entree: the ribeye steak. The steak itself was huge and definitely big enough to share. It was cooked medium-rare and was easy to cut into. They used a house-made rub all over the steak, which added a hint of Cajun flavoring to the meat. The vegetables included string beans, zucchini and half of a cherry tomato. They were sautéed very nicely, and the main flavor component was garlic. The macaroni and cheese was to die for. It was topped with a layer of breadcrumbs that provided the perfect contrast in texture from crispy to creamy. It was also was very cheesy, just like how I would imagine Southern soul food to taste like. 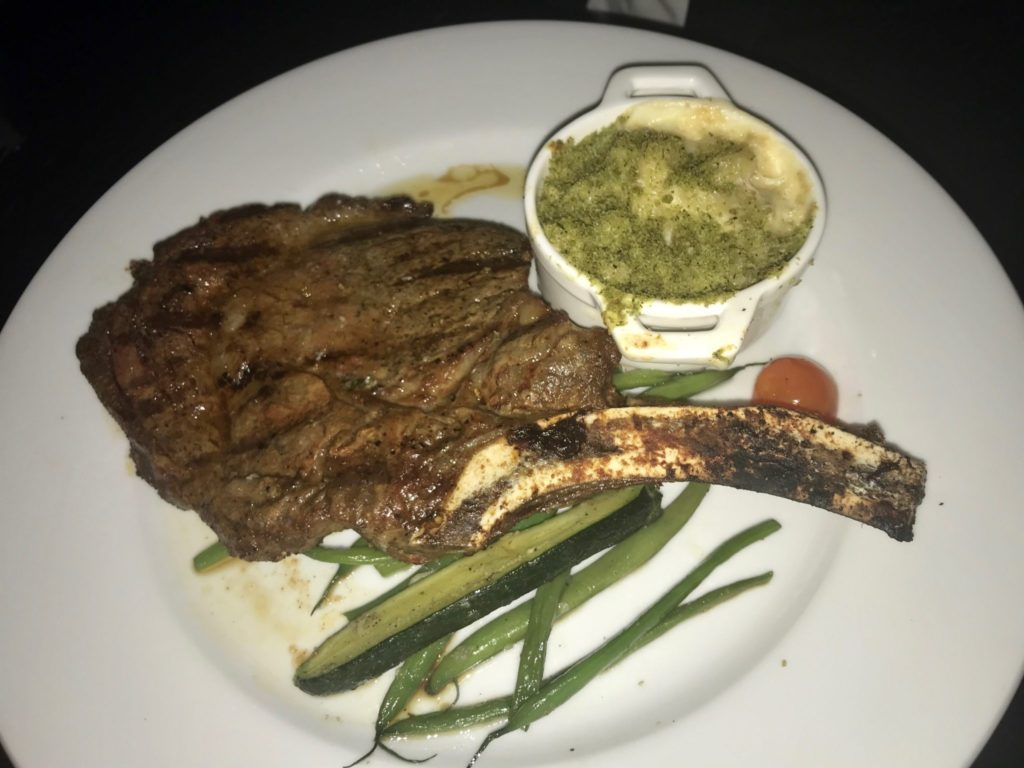 Our entire bill, including tax and tip, came out to be $73.24 for two people. My favorite part of the entire experience was probably the interior decor with the lanterns and the experience of finally dining in the restaurant that I always passed by on the Pirates of the Caribbean ride. The Louisiana Lemonade is probably one of the best drinks I’ve had at Disneyland, just because of the mango and raspberry additions to the flavor.

Would I come back here? Probably not. The price of the food is just too high for a meal that I could likely get somewhere else for cheaper, but I’m actually glad that I got to try it, and every Disneyland lover should try it at least once.