The Daily Nexus
News
UCSB Students Worry About Financial Struggles as GOP Tax Bill Heads to Senate
November 30, 2017 at 12:18 am by Simren Verma

Roselia Mendez, a UC Santa Barbara graduate student, began to worry about her future when the U.S. House of Representatives passed a Republican tax bill on Nov. 16 — one that might threaten her ability to pay for an education. 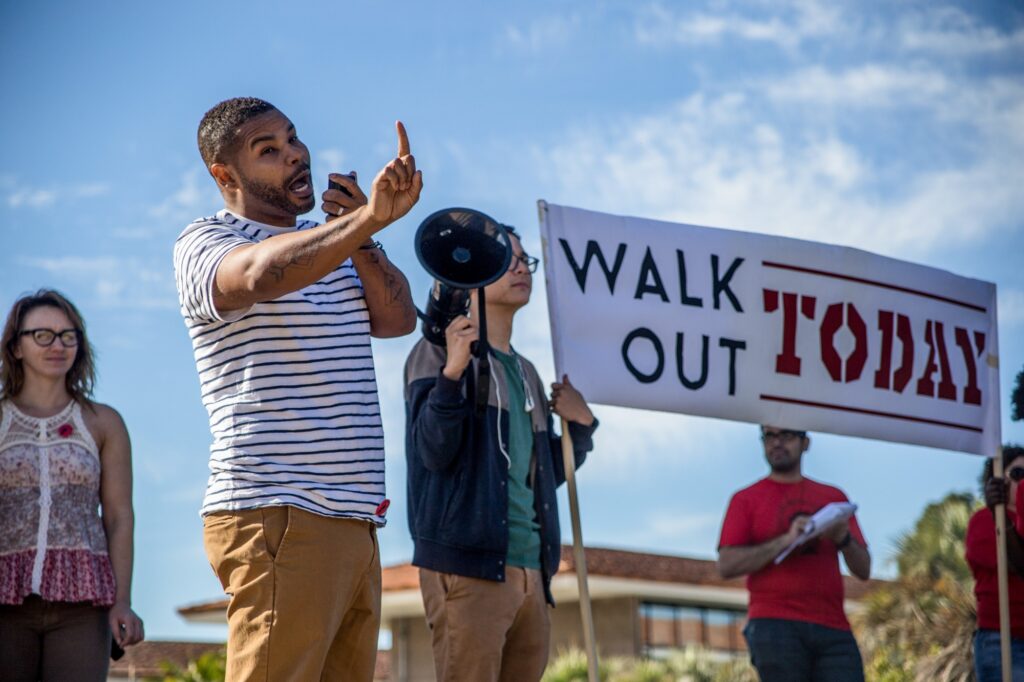 Mendez, a second-year first-generation graduate student in the communication department, said if the bill passes through the Senate, she might be forced to leave her Ph.D. program due to financial burdens.

Under the Republican tax bill, graduate students who receive tuition waivers would have to pay income taxes because the waivers would now be classified as income.

Tuition waivers are granted to students who teach or conduct research at universities.

“The only way that I could be here is because of the tuition waiver that I receive,” Mendez said.

Mendez was born in Mexico and moved to the United States at the age of five, and she was undocumented until fourth grade when she became a U.S. citizen.

“That’s basically been my driving force, like my parents and their sacrifice,” she said.

Mendez went on to pursue her undergraduate communication degree at UCSB and is the first in her family to go to graduate school.

Sandi Moxley, a second-year graduate student in the Department of Communication Studies, also uses tuition waivers that will be taxed under the bill.

“I definitely still have a lot of undergrad loans that are very intimidating … It scares me thinking about the place it would put me in,” Moxley said.

Mendez and Moxley are both teaching assistants in the undergraduate communication department at UCSB, and they both earn $18,000 a year.

“That’s what I rely on to pay for the next four years of my education … This is my source of income,” Mendez said.

As the U.S. Senate prepares to vote on the House Republican tax bill, students at UC Santa Barbara have expressed their opposition to the bill with a series of panels and demonstrations.

While Representative Salud Carbajal voted against the bill, 11 congressmen representing districts across California voted in favor of the bill.

Many representatives, such as Doug LaMalfa who represents California’s first district, said they voted for the bill because it helps the middle class and makes taxes simpler.

“Though it is not yet the final product, I support this bill,” LaMalfa said in a press release on Nov. 16. “The Senate must pass their own version which, together with our House bill, will then require conference committee action moving forward.”

Mendez said many congressmen do not understand the “lived experience” of graduate students struggling to afford their education.

“This isn’t the right place [in the budget] to be saving money,” Mendez said. “There are so many corporations who can pay for this, but instead they’re doing it at the expense of us.”

Congressman Carbajal came to UCSB on Monday to speak about why he voted against the bill and its potential effects on UCSB students.

“This is a proposal that quite simply gives 80 percent of the tax benefit to the top 1 percent of this country,” Carbajal said Monday. “It’s the biggest gift to the wealthiest in our country.”

Mendez worries that if the bill passes, she will have to take out loans or take from her savings to continue her education.

“Am I going to have to take out student loans so I can finance taxes?” Moxley questioned.

Both Mendez and Moxley are unsure of how they will have an income over the summer if they cannot work in the communication department.

Part of the reason why Mendez decided to pursue her graduate education at UCSB is because of the financial benefits the university gave her.

Mendez will reconsider continuing graduate school if the bill passes, but said she may get her Masters degree instead of continuing the full Ph.D. program to avoid the extra expenses she would have to pay under the new bill.

Mendez attended the walk-out on Wednesday and said it was one of the first rallies she has ever attended.

Moxley has called Senator Dianne Feinstein and Senator Kamala Harris hoping that if enough graduate students call, both senators could use that statistic when talking about higher education on the Senate floor.

Students in the Graduate Student Association have also been speaking out against the bill.

“I could easily say that I would be over $100,000 in debt without these quarterly remission awards,” Danny Meza, a fourth-year graduate student in the counseling, clinical and school psychology department, said in an email.

“To now be responsible for thousands of dollars in tax payments will severely impact my financial resources and cause me to spend additional time working or securing other funding, time which I have very little of as I try to complete my dissertation,” he added.

A version of this article appeared on p.1 of the Nov. 30 print edition of the Daily Nexus.

Yeah, especially advanced degrees in “communications.” Nothing like having a masters or PHD in Chicano Studies.

A point of clarification needs to be made here. Only the House bill that was already passed contains the cut to this exemption. The Senate bill, which still needs to be voted on, does not. This leads to a lot of uncertainty about what the fate of this exemption will actually be.

True, but there is still the nasty issue of reconciling the two bills…and the fact that the senate bill has not been seen or debated in its entirety.