The Daily Nexus
News
After Repairs, El Centro Will Be Ready for Use by January
November 30, 2017 at 12:06 am by Maura Fox

After almost a year of confusion, anger and dialogue surrounding the future El Centro, the historical building will be ready for full use by the start of Winter Quarter. 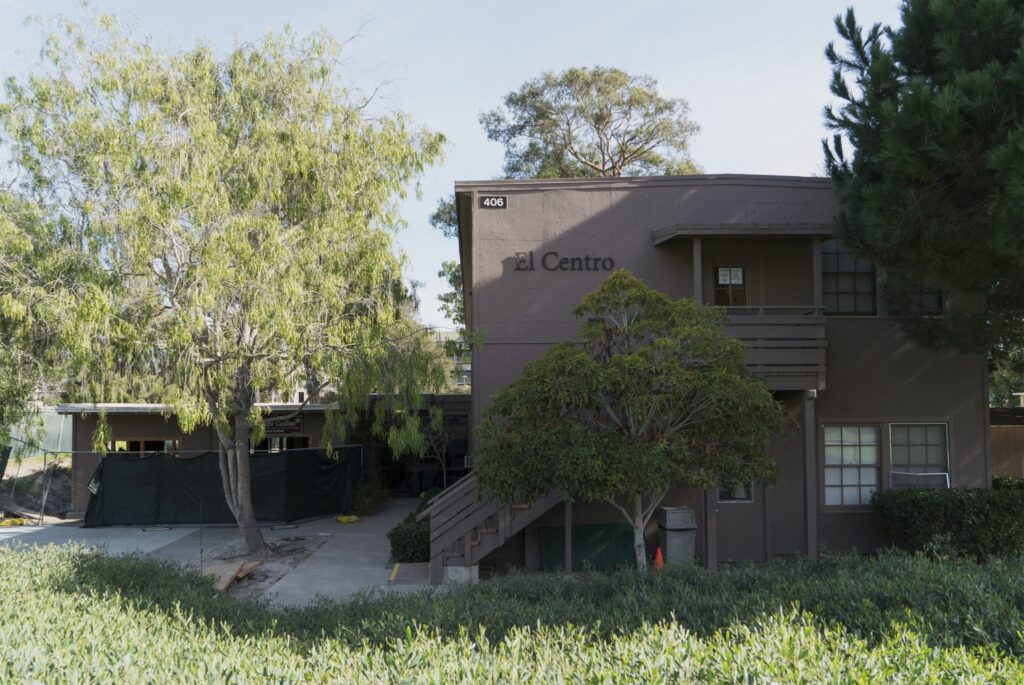 The project to repair El Centro began in January after the university notified students that the building was no longer safe due to dry rot, insect damage, steel beam corrosion and an inadequate amount of ventilation beneath the trailer’s floor.

The project cost approximately $900,000, according to UC Santa Barbara spokesperson Andrea Estrada. Student Affairs contributed $100,000, and the university allocated the remaining $800,000 through the deferred maintenance program.

University officials originally told students to evacuate El Centro within 45 days, saying the building would either be demolished or improved within that time period. The alarming notice provoked outcry from student groups that use the historical space.

The university intended to complete the project over the summer, but plumbing complications and changes with university officials overseeing the project slowed the project’s process, said Lorena Alvarez, a fourth-year English major and member of the El Centro Committee.

“I guess they didn’t realize how many structural issues the building had,” Alvarez said.

The building is located in two combined industrial trailers and was initially designed to last 10 years, according to campus architects. The building has long outlasted its lifespan, and cultural groups that have occupied the space since the 1970s demand a permanent foundation for its walls.

Alvarez said the building repairs were slow at the start of the summer due to plumbing complications and when a project manager went on vacation, but progress sped up when Alvarez returned to UCSB in August.

“Over the summer, you would have seen nothing being done to El Centro, and when I came back in August, you started seeing weekly changes,” she said.

Former campus architect Marc Fisher, who was one of the lead contributors to the project, left UCSB over the summer to take a job at UC Berkeley.

Alvarez said the El Centro Committee worked with Fisher until he left and has since communicated with Renee Bahl, associate vice chancellor for Design, Facilities and Safety Services, about the repairs.

The El Centro Committee was designed to monitor the building repairs and keep an open line of communication between students and administrators. The group meets weekly to discuss the building’s progress.

“We aren’t architects,” Alvarez said. “We want to make sure we understand what’s happening as students.”

After a seismic stabilization project that began in February, the university added 12 concrete pillars around the north and east sides of the building.

These structures made the building more durable and resilient to earthquakes, campus architect Ed Schmittgen told the Nexus in April, and the university opted to repair the building instead of demolish it.

Some student organizations have been able to use various parts of the building throughout the reconstruction.

In October, El Congreso was permitted to use the second floor of the building once again, after being unable to use it for the first few weeks of Fall Quarter, Alvarez said.

The El Centro Committee also received $9,000 from the Associated Students Senate in October to purchase a security system for the building.

Alvarez said the system will have card readers and make it easier for students to access the building more frequently, even when other student groups are not holding office hours or using the building.

“We had an issue with students being not being able to get into El Centro because it was locked,” Alvarez said. “Getting the card reader … would be a safer way for them to navigate through the building and get access to the building.”

Alvarez said the university has been transparent about its work on the building’s progress.

“I’m really thankful that they’re allowing us to be a part of these conversations and ask for things when we need clarifications,” Alvarez said. “They’ve been really helpful in that sense.”