The Daily Nexus
On the Menu
Hot Diggity! Inside the Bun of Your New Favorite Late-Night Eatery: Dave’s Dogs
November 9, 2017 at 12:22 am by Marisa Ratchford

A local favorite just got a little closer, with Dave’s Dogs moving into a permanent location on Turnpike in the Magnolia Center. Dave’s Dogs had long been a popular late night hot dog stand featuring gourmet dogs with some crazy flavor combinations, and the new location has proven Dave a successful restaurateur. 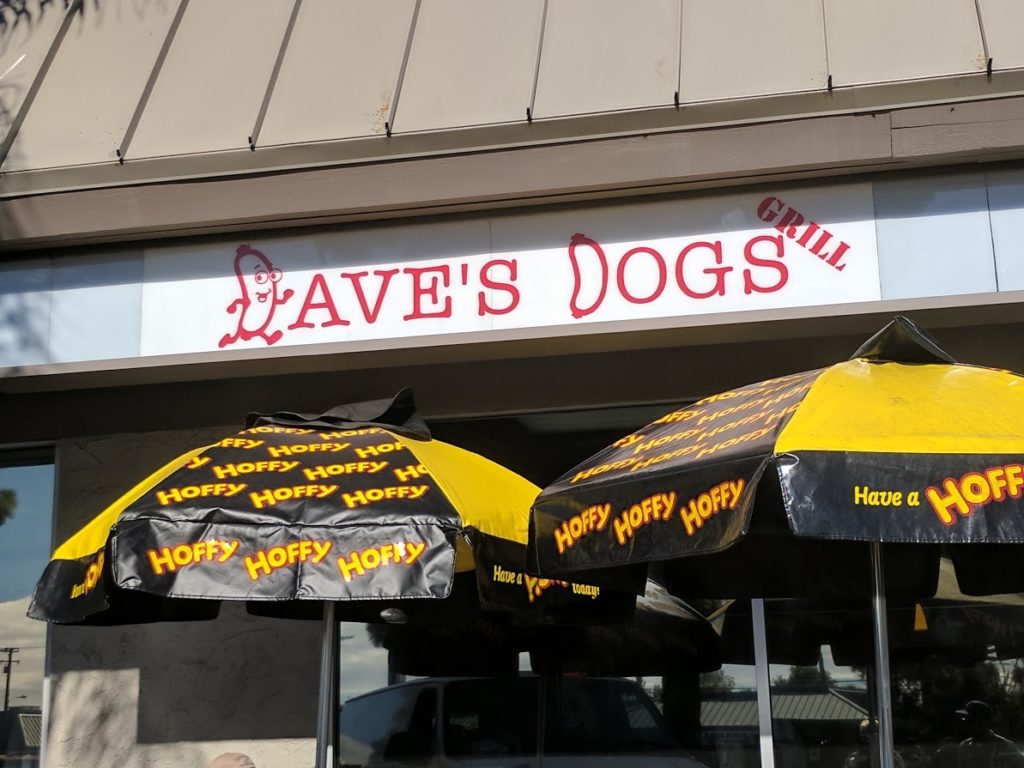 Sitting down with Dave proved insightful into the world of dogs. Dave was born and raised in Goleta. He grew up loving hot dogs and found that, other than the Costco food court, the Santa Barbara area was lacking a good place to grab a decent hot dog.

Dave began his early adulthood as an auto mechanic. His passion for food began around eight years ago when he was employed at a downtown Santa Barbara produce market.

“I found it fascinating what the process was in getting food to your table,” Dave said.

This is where it all began for him, and eventually these factors led him to leave his comfortable career as a mechanic and venture into single-handedly starting his hot dog stand.

“I wanted to try something that ignited me,” he said.

Dave has been a huge supporter of going after one’s dreams. He recently attended a school career fair and found that he had a passion for encouraging kids who hadn’t found their own passions or were not interested in going to college to try many things or were looking into vocational careers. He urged those unsure to try as many things as they were passionate about.

“Now is the time when you’re young,” he said. 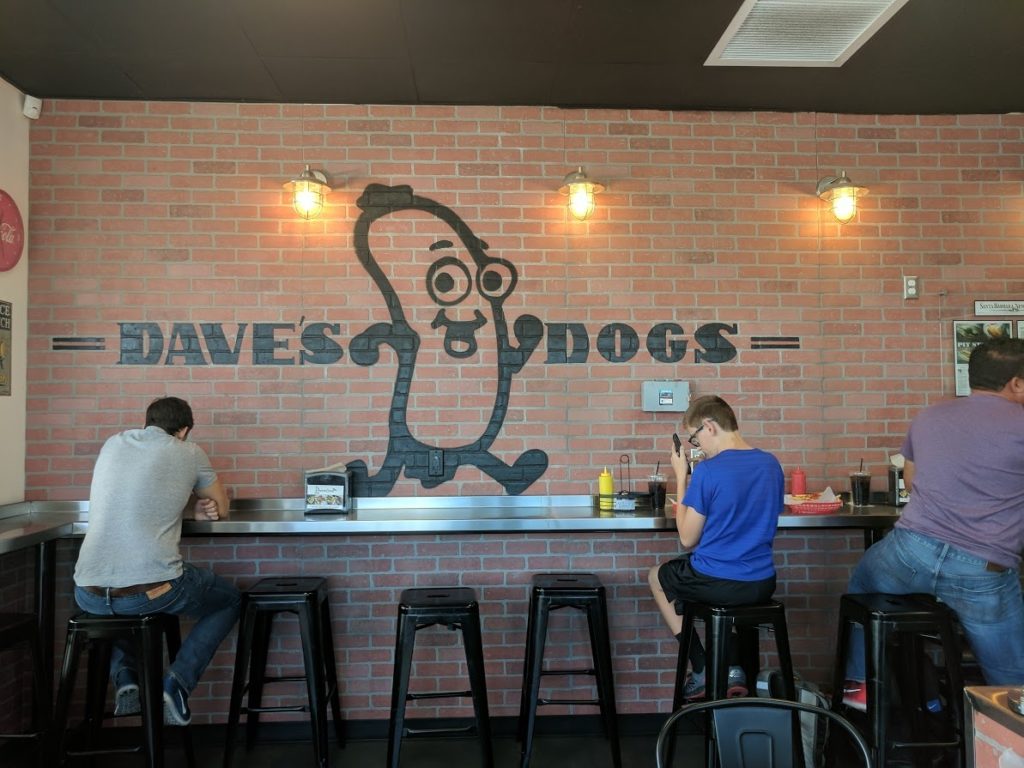 The new location is near In-N-Out — a short drive outside of Isla Vista — and has proven a positive experience for the businessman. He is often recognized around town, and that appreciation has really pushed the company further.

The challenging part of the new location has been the change from a small, two-person staff at a little stand to a full-fledged restaurant full of staff with shifts ranging from eight to nine people.

“The biggest challenge has been hiring employees and finding people who see and understand my vision for this business,” Dave said.

The business model still remains the same, just on a larger scale. The menu boasts 15 plus different dog styles, along with an abundance of sides like tater tots, tacos, quesadillas and many more.

The location itself was a happy coincidence; the building once housed local pizza joint Rusty’s. Dave had been looking for a permanent location for a long while and just so happened to find a place that fit his needs.

“I wanted something very centralized; the new location is close to everyone,” he said. 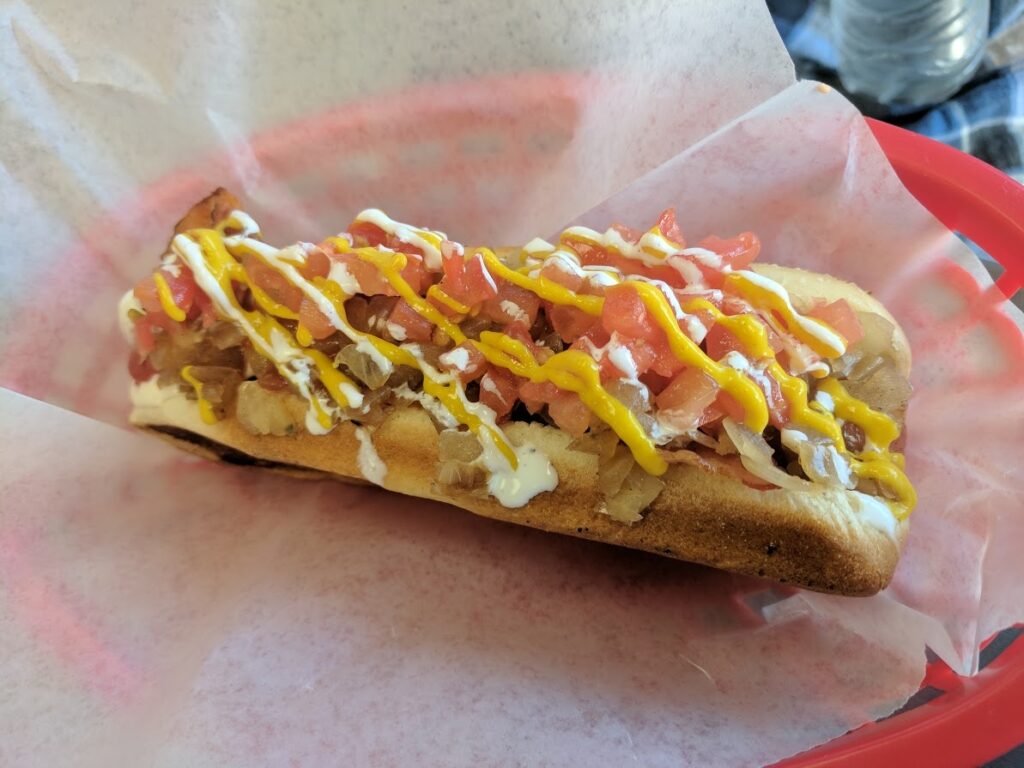 I asked Dave if he had a favorite hot dog from his menu. He said that his No. 1 is the Dave’s Style, a classic hot dog with grilled onions, tomatoes, mustard and cream sauce, simply for the nostalgia.

“The first month [of business] I was out there by myself serving Dave’s style and just trying to make it,” he said.

The business has even more exciting things planned for the future.

“Our food truck business is going to grow in the next couple of months,” Dave said. 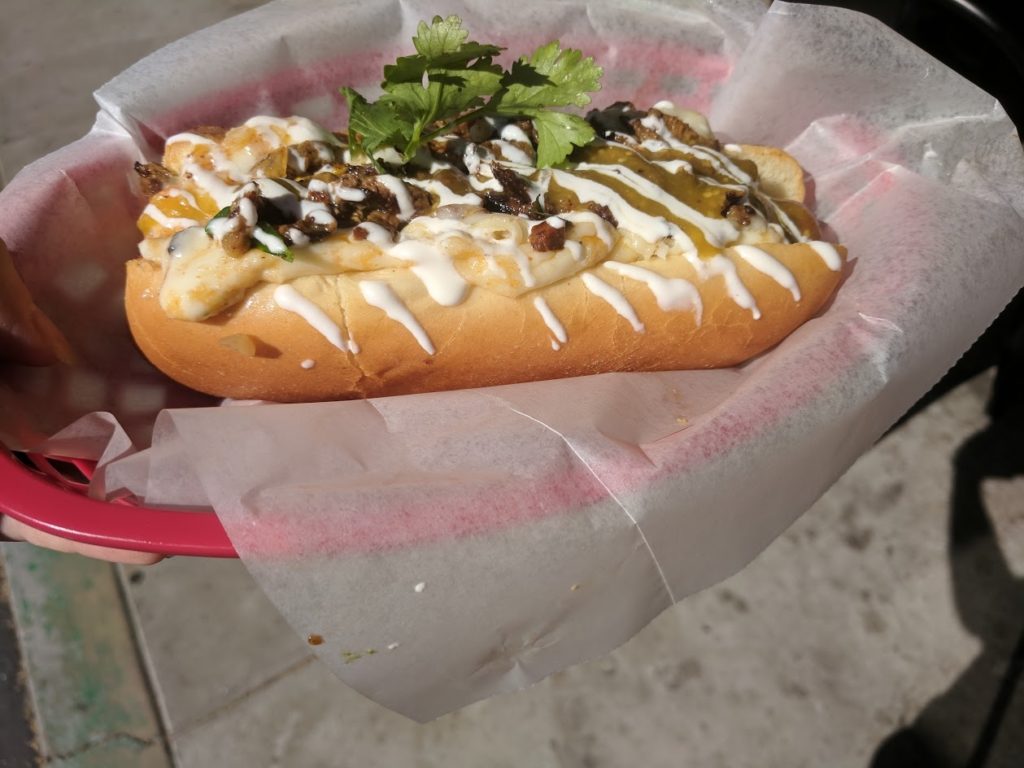 The restaurant is certainly taking off, and I encourage you to go and try one of Dave’s delicious dogs. I’ve had the pleasure of trying a few of the dogs myself. The Taco dog (my favorite) is topped with carne asada, cilantro, cream sauce, mozzarella and tomatillo salsa. It tastes like a torta and a hot dog had a love child.

Dave’s has a dog for everyone’s tastes, and he has a personality that will win over even the coldest of hearts. 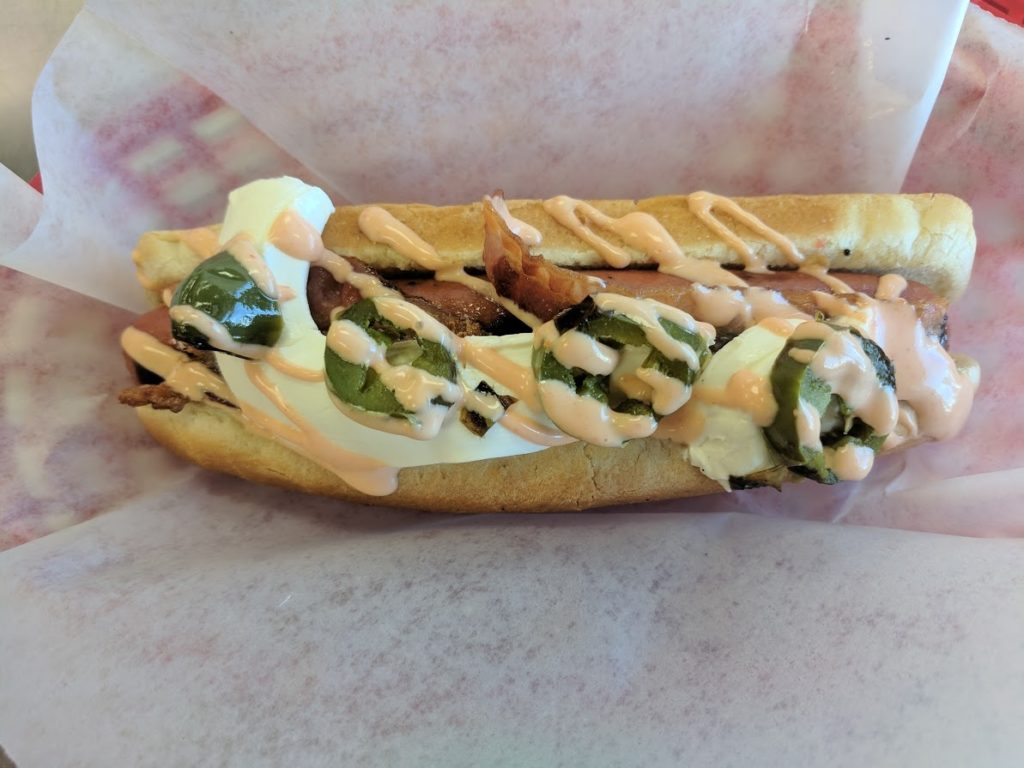 “It’s not just about me, it’s about my community as well,” he said.

His commitment to his customers is something that we can all appreciate. I encourage everyone to go and at least say hi to Dave, whom you can most likely find interacting with the customers.

“Anyone out there who wants a good meal for a budget, come through,” he said.

Visit Dave’s Dogs at his new location on 149 S. Turnpike Road, or follow him on Instagram @davesdogs805 for updates and an inside look to the secret menu.