This Saturday, Oct. 28, Tchami performed at Delirium for an energetic crowd of UCSB students awaiting quick stabs and a ripping bass. Martin Bresso, more distinctively known as Tchami, is a French DJ and has worked in collaboration with many notable musicians, including AlunaGeorge, DJ Snake and Jack Ü.

A music career birthed only four years ago has sprouted into a genre of its own, commonly known as future house music. House music aficionado and philosophy major Jessica O’Brien has an apprehensive outlook on future house:

“Although some future house songs, especially Tchami’s ‘Shot Caller’ are enjoyable to dance to, the genre doesn’t seem to do much for a deep-house frequenter,” she commented. “The bubblegummy lyrics and quick transition from build-up to drop defeats what’s most interesting about a house song. In my opinion, future house, while being fun, simply feeds the listener shallow lyrics and exciting drops as opposed to creating an entirely consuming house experience.”

Future house is an electronic dance music (EDM) genre that incorporates a fusion of EDM and deep house music. In an interview with “THUMP,” Tchami stated that “house music in general is full of mature-minded artists who understand the culture,” and he counts on them to take the genre to the next level with him.

Delirium originated three years ago as a university-hosted event to evade unruly Halloweekend crowds, around the pickup of Tchami’s music career. Some freshmen were taken aback by the severity of enforcements this Halloweekend. First-year communication major Neela Nassiri was incredibly “disappointed that nothing would be going on Halloween weekend” but was “satisfied because [she had] something to do.” She reports that her friend saw Tchami at Hard Summer 2017 and came back with “raving” reviews, which raised her excitement level for the artist. Though Nassiri has never been to an EDM concert before, she is excited to see her favorite Tchami song, “After Life,” live and be in an environment full of UCSB students. 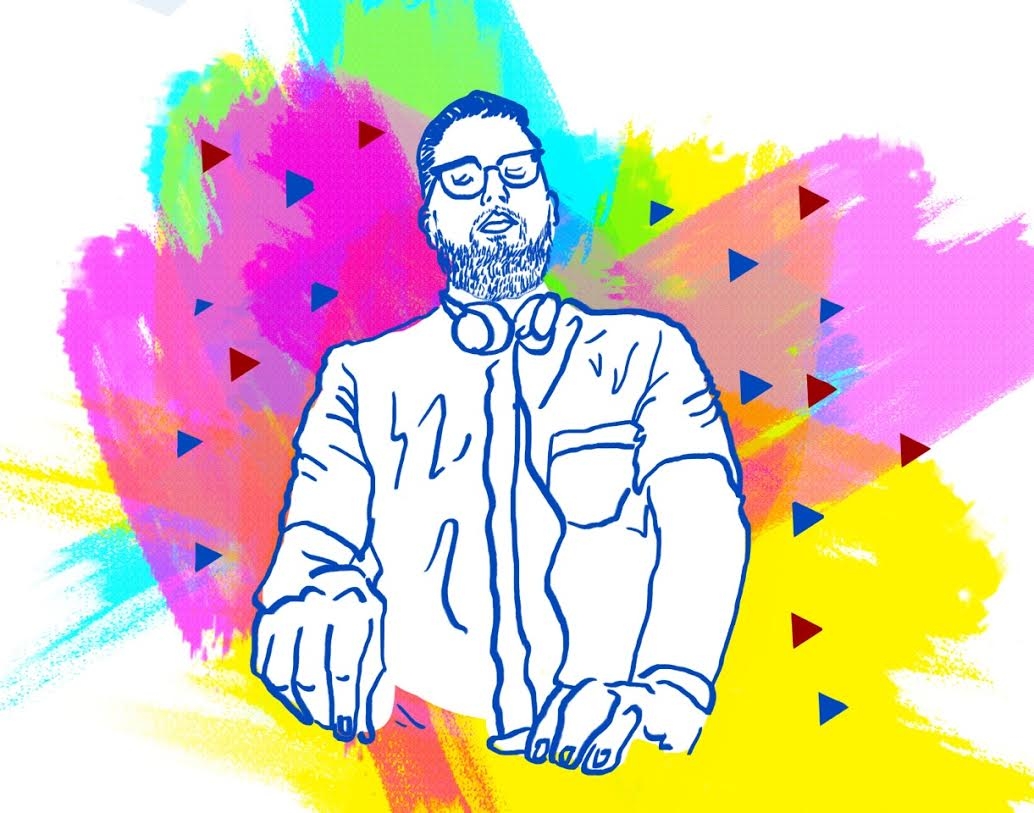 At 8:45 p.m., the Thunderdome had renovated itself into a laser light show, brimming with color and the sweet sounding trap music of recent UCSB alumnus Underbelly’s set. By 9:20, a big crowd had already formed as students danced rambunctiously to the pre-recorded music. The moshing had already set its course long before Tchami appeared.

Not too long after 9:30, Morpei, donning a blinding white T-shirt, arrived on stage and immediately amplified the bass. Along with a crowd of students and friends, I formed beat-matching mosh pit after mosh pit, expanding at the build-up and growing at every drop. After a few successfully energetic songs, the DJ ended his set, leaving the crowd sweaty but nonetheless eager for Tchami.

Cheers from the audience roared vivaciously as Tchami began bumping his initial beats shortly before 11 p.m. A pulsating blue light rhythmically flashed behind the DJ, navigating its way through the depths of the crowd. At this point, everyone was reveling in the sensational sound and the moshing was well underway. I suffered from a few jabs to the jaw as well as soft punches to the head in the rowdy mosh, but it was nothing I couldn’t shake right off to continue dancing.

Long-time Tchami fan and biology major Ivan Gonzalez most thoroughly enjoyed the song “Afterlife”; he said that was “one of the first songs [he’d] heard” from Tchami and that hearing that song again reminded him of the same performance at Hard Summer, two years back.

The crowd reacted positively at the turn of each song, indicating familiarity and appreciation for the artist. Even concert-goers at the far end of the stage were rejoicing in the music and dancing just as hard, if not harder, than those in the front. The energy soared consistently throughout the event. Tchami ended his performance with his most popular song, “Adieu,” which incited immense bliss from the crowd.

To some, Tchami may seem like a run-of-the-mill EDM DJ, but to second-year film studies major Sydney Henrikson, Tchami holds deep sentimental value. She was “so stoked” to see Tchami live, since she has been listening to his music for over a year. In fact, as unbelievable of a combination as it sounds, she danced to Tchami on her first date with her boyfriend.

Tchami’s sentiment does not end there. Candace McKeag, a second-year statistics major, said that Tchami is by far her favorite EDM artist. She has been listening to Tchami since 2013, when his first EP came out, and even met her boyfriend at a Tchami concert. “Turn Down for What,” a song that Tchami co-wrote with DJ Snake, ranks among one of Candace’s favorites. Candace hopes her boyfriend will propose to her at an upcoming Tchami event.

At the event, I also spoke with second-year geology major Thomas Crimmel, who said that he was “most excited to dance with everyone around [him].” Crimmel had a sagacious insight on the entirety of the event: “An entire university and a single artist under a single roof is really something special.” If Thomas could sum up his excitement for Tchami in one phrase, he would simply scream “Tchami!” As I looked at the crowd at Delirium, I noticed that what Thomas said reigned true — smiles from a majority of the students beamed graciously in appreciation of EDM music.

Tchami was trash. Delirium was trash. I hoped the aspb saved their money for a good extravaganza artist