The Daily Nexus
On the Menu
Arms Outstretched for the Zombie Frappuccino
October 30, 2017 at 2:03 pm by Tiffany Velazquez

With Halloween just around the corner, Starbucks decided to unearth a spooky new drink with the announcement of its Zombie Frappuccino. A frightening new addition to its regular menu, the Frappuccino is only available from Oct. 26 to Oct. 31. Speculated on social media on the week leading up to its release, Starbucks was virtually silent until the day of, with the mystery surrounding the drink only adding to its appeal. 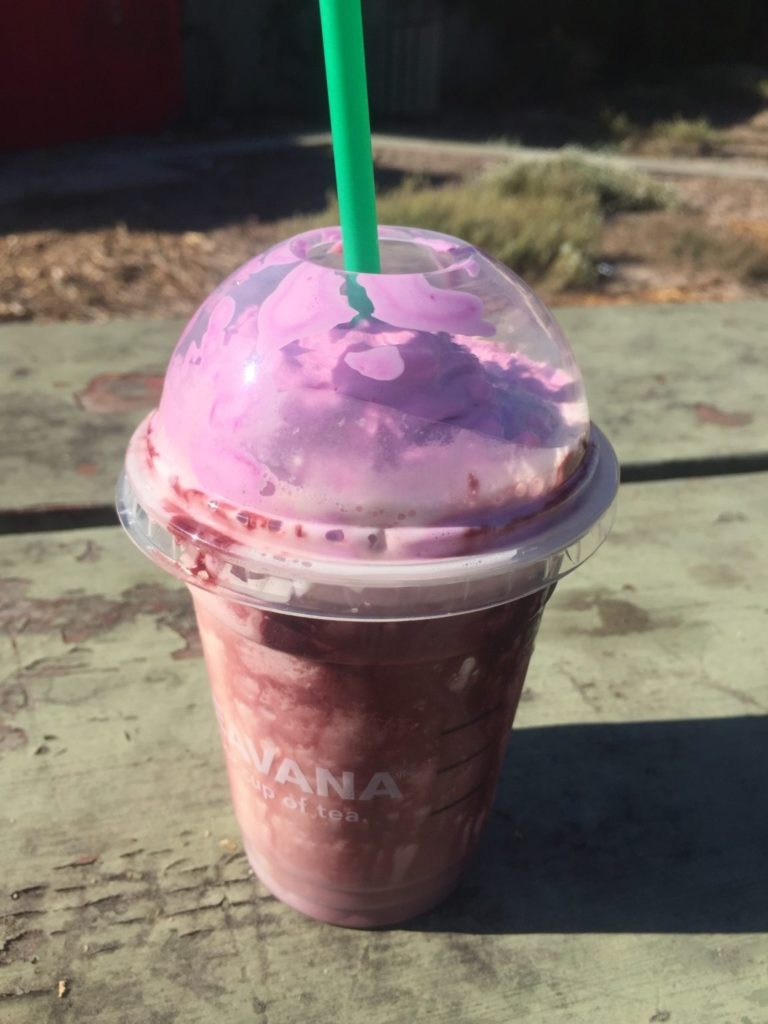 The Zombie Frappuccino is a concoction of green caramel apple with a red dark mocha drizzle, the colors playing on the idea of a bloody body. The drink is topped with a brain of pinkish whip, further completing the illusion. While not particularly appetizing in terms of its appearance, the drink perfectly fits the gross zombie aesthetic we were promised, every component working seamlessly together.

Although I’m usually a huge proponent of Starbucks, I knew going in that this drink would most likely be absolutely disgusting. Beyond that, the popularity surrounding this drink meant that regardless of the flavor, people would be lining up. With these two things in mind, I opted to mobile order a tall Frappuccino, preferring not to prolong this whole ordeal any more than I needed to.

The drink turned out to be, well weird to say the least. Advertised as a green apple flavor, I expected to get a beverage that resembled sour, rather than the equivalent of an overripe fruit. Almost grossly sweet, the only saving grace appeared to be the caramel component which managed to come through every now and then. The worst part for me, however, would have to be the red dark mocha drizzle, which while visually fitting the bill, did not work flavor wise in the slightest. The slight coffee flavor it delivered did not work at all with this already lackluster drink. There was simply too much going on for this drink to have any hope of success. The pink whip that topped the drink brought very little to the table. I honestly don’t know what I disliked more after tasting the Zombie Frappuccino, this drink for existing or myself for volunteering to try it.

Regardless of my experience with the drink, I know the hype and the visual aesthetic of this Frappuccino will be enough to draw customers in. Shuffle about and keep your arms outstretched for this drink before its disappears after Halloween.