On Oct. 21, alongside co-headliners The Interrupters and Sharp Shock, SWMRS’s exuberant performance brought the Velvet Jones stage down and even enticed a 40-year-old dad to slide his way into a circle pit. The California rockers performed West Coast-infused tracks that entangled both eccentric narratives and blissful instrumentation.

Sharp Shock, a band with members from across the world, kicked off the night with a performance of the gritty guitar-led track, “Infatuation.” The band kept the momentum going throughout the first couple of songs off the setlist, but the crowd began to get physically anxious to see SWMRS grace the stage.

The adrenaline of a garage rock show is comparable to drinking 10 Vietnamese iced coffees in one sitting. Bay-area band SWMRS rose to prominence after releasing their album Drive North, which featured heavy doses of hip-hop and punk instrumental influences. The rumbling chorus of “Palm Trees” ignited the opening of SWMRS’s set. The moshing antics at punk shows often lead to dissenting touching, which lead singer Cole Becker is adamantly against. Becker warned the audience, “If somebody is touching you in an inappropriate way, punch that dude in the face, and if you don’t wanna punch them, we’ll gladly do it for you.” During small breaks between songs, Becker would use the time to make political commentary. “Fascism is on the rise in America. We need to unite during times like these and put an end to the injustices. And if you don’t remember anything from this show, at least remember that black lives matter.” This statement induced the crowd to give a round of applause for the band’s ability to use their own voices to spread a theme of inclusivity within their shows. SWMRS finds a way to vocalize the themes of diversity and openness both within the frame of a three-minute song and in the way they inform their fans. 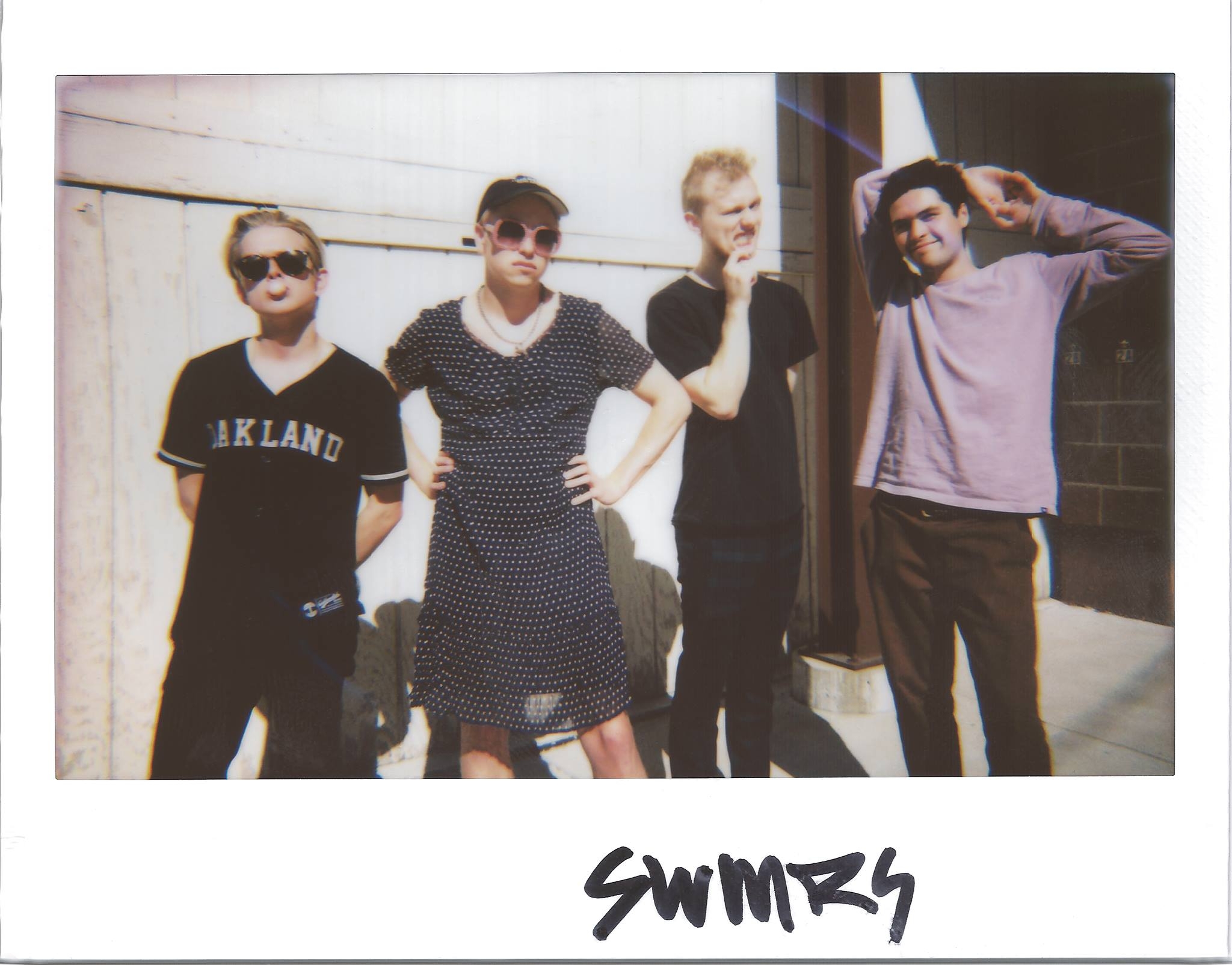 The audience united in a circle pit once the band’s unmistakable breakout single, “Miley,” which muses about Miley Cyrus and her rebellious qualities, seeped out of the band’s microphones. Once the “Miley is a punk rock queen” hook rang out, the crowd began losing their pastel pink vans among the sea of teens loosening their pent-up aggression. During the drowsy love ballad “Lose It,” Max Becker stepped on top of the speakers to allow the crowd to sing along into his microphones. The hypnotic trance of Joey Armstrong’s drums on the performance of “Figuring It Out” even had a father of two children briskly meander his way into a mosh pit made up of 17-year-olds rocking overalls. The final song of the night was “Drive North,” which details the trivialities of Los Angeles. Becker laughed heartily and sang out the names of bands that have become synonymous with the Los Angeles DIY scene: “I hate FIDLAR, I hate Together Pangea.” Becker stopped the performance midway to give hand gestures indicative of heightening the mosh pit intensity. The band has evolved from the previous time they came to Santa Barbara, where they performed to a small crowd at the Funzone. Previously, the crowd only knew two songs the band put out on the “Miley/Uncool” EP. Flash forward to 2017, the band had Velvet Jones packed with teenagers knowing the lyrics to every song of Drive North.

After the brief delay for The Interrupters’ set, the vast majority of the crowd was doused in sweat from moshing. This was third-year UCSB biology major Edith Martinez’s third time seeing SWMRS perform. She recalled her admiration for the band’s lively performances: “This SWMRS show was by far the best show I have ever attended. The energy of not only the band but the crowd was intoxicating. I enjoyed singing along with my friends. This was truly a night I will never forget.”

The Interrupters stepped onto the stage clad in suits and performed “A Friend Like Me,” from their self-titled 2014 album. Despite the crowd reducing in size after SWMRS wrapped up their performance, The Interrupters captivated the attention of the crowd by performing the head-banging track “She Got Arrested.” Throughout the performance of “Take Back the Power,” lead vocalist Aimee Allen’s raspy voice remained reminiscent of an early 2000s Gwen Stefani. The Interrupters embraced the unfamiliar as they fused elements of horn instruments with the backbone of the punk scene, the electric guitar.

The radiant atmosphere of a punk show is centered on celebrating individuality and uniting over a mutual admiration for moshing. Punk shows offer you moments to be completely free from worrying about your midterm coming up next week.