Convective precipitation is an important source of drainage basin moisture in many regions, but the amount of rainfall may be influenced by climate change and its effect on the water-holding capacity of the atmosphere.

Convective rainstorms, however, are poorly represented in regional water balances and climate models. This is because they are spatially smaller than typical grid resolutions of satellite data products, general circulation models (GCMs) and regional climate models; and temporally, they are shorter than the output resolution of these data and models.

Therefore, it is currently challenging to assess the potential changes to the water cycle that may emerge due to future climate change in regions where these storms play an important role. This uncertainty prevents efforts to create plans for sustainable water and land management and conservation within drainage basins in such regions.

It was designed for simple multi-decadal simulations of rainfall patterns and sequences over an entire drainage basin. The model is based on a combination of theoretical space-time relationships with empirical-stochastic, or random, selection of historical rainfall characteristics to create realistic simulations of discrete rainfall events across a basin and over various timeframes. 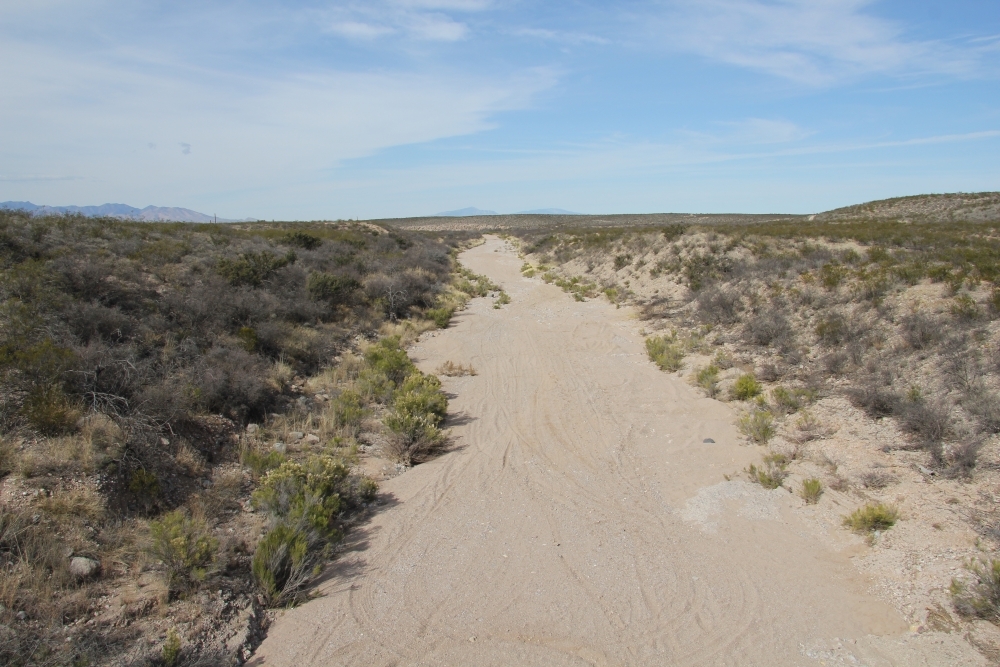 “We’re tackling a general problem that has regional implications, particularly in water-scarce areas,” Michael Singer, also a lecturer at Cardiff University in Wales, said. “The general problem is we know that climate change is occurring all over the globe, but what we don’t know is how it will affect convective precipitation and associated runoff.”

Singer and his co-author, Katerina Michaelides, applied S.T.O.R.M. to the Walnut Gulch Experimental Watershed (WGEW) in Arizona, a region particularly prone to increased probability of drought. WGEW has been monitored for rainfall since the 1950s with one of the densest rain-gauge networks in the world.

Approximately two-thirds of the annual precipitation and 90 percent of all runoff in WGEW occur during high intensity, convective rainstorms during the summer monsoon. These storms, which largely originate in the Gulf of Mexico or the Pacific Ocean, are limited in area and are typically smaller than the basin size.

Singer and Michaelides aimed to address climate change trends in rainfall characteristics in WGEW and their potential impacts on runoff and, ultimately, to provide new insights on the likely causes of the observed multi-decadal decline in downstream streamflow in this part of the Lower Colorado Basin.

“For a while, there’s been this mystery of a declining runoff signal in the Lower Colorado River Basin, in particular in the San Pedro River downstream of Walnut Gulch, which is very important regionally within southeast Arizona,” Singer said. “In this part of the basin, people had long suspected that there was less runoff coming into these streams from ephemeral tributaries — ephemeral meaning they’re flowing sometimes but are dry most of the time.”

Through the simulation, Singer and Michaelides found that rainstorms in WGEW declined in intensity and in total amount of water delivered per storm over the multi-decadal period, but higher intensity storms became longer, delivering more water to the land surface per storm.

“Even though it’s raining more overall, each storm is less intense and drops less water,” Singer said. “While the amount of rainfall is increasing through time and the smaller storms are dumping more rainfall overall, it comes in smaller and more frequent spurts. This lower-intensity rainfall implies less runoff over the surface, which means we should see a decline in runoff over a whole basin. And our model results agree well with runoff data — there has been a decline in runoff within this ephemeral stream.”

S.T.O.R.M.’s output can be subsequently used in other quantitative and modeling frameworks to explore the partitioning of rainfall between the surface and subsurface, ecohydrology, runoff and erosion and landscape evolution. S.T.O.R.M. output and historical data suggest historical climatic changes affected precipitation in the Lower Colorado River Basin over a multi-decadal period. Singer and Michaelides were able to infer that this climatic expression was responsible for lower runoff delivered from regional ephemeral tributaries but has not appreciably contributed to negative streamflow trends in the lowlands.