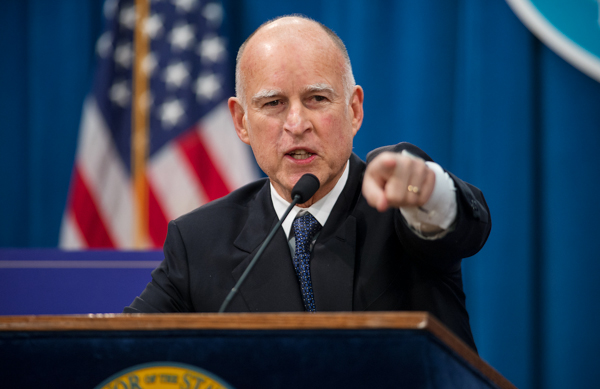 The bill, authored by state senator Hannah-Beth Jackson, would have solidified and preserved the Obama administration’s sexual assault policies the Trump administration is currently threatening to abolish. The bill also would include “sexual violence” in the definition of “sexual harassment.”

“This is not a simple issue,” read a statement from Brown’s office issued Monday. “Given the strong state of our laws already, I am not prepared to codify additional requirements in reaction to a shifting federal landscape.”

Brown said in his statement that the Obama-era policies have at times resulted in universities “failure” to grant due process to accused students.

The University of California publicly supported SB 169 on Sept. 25 in a letter urging Brown to sign the legislation.

Kathleen Salvaty, the UC System-wide Title IX Coordinator, told the Nexus Tuesday that the UC still supports SB 169 and said the university will maintain the Title IX policies of the previous administration.

“The Trump administration has not mandated anything,” Salvaty said in an email. “The UC remains as committed as ever to having strong and fair policies and procedures in place to combat sexual violence and sexual harassment.”

Devos released an interim “Q&A on Campus Sexual Misconduct” which emphasized that the same rights and information must be provided to both parties in a Title IX investigation.

The university issued a statement on Sept. 22 criticizing Devos’ repeal and expressing support of the Obama-era Title IX policies, which required a lower “preponderance of evidence” standard in Title IX investigations.

Under the Obama administration’s standard, a student could be found guilty of sexual misconduct if 50 percent or more of the evidence proved guilt.

The Department of Education’s interim guidelines issued in September will remain in effect until the department seeks public comment on permanent guidelines.

The Office of External Vice President of Statewide Affairs also urged Brown to sign SB 169 when it hosted “Coffee and Calls” in the Associated Students Main Office on Oct. 12, inviting students to call Governor Jerry Brown’s office to express support for the bill.

UC Santa Barbara has faced backlash over some of the university’s sexual assault investigations.

In May, over 100 students gathered in Cheadle Hall to urge university administrators to reform the university’s handling of sexual violence. Students presented Chancellor Henry Yang with 12 demands for reform, reiterating many from a list of demands Yang signed at a sit-in in 2015.

The student was suspended for the duration of his first year at UCSB while the university carried out the Title IX investigation and the investigation is still ongoing.

A version of this article appeared on page six of the October 19, 2017, print edition of the Daily Nexus.