The Daily Nexus
On the Menu
Fed Up With Fandoms: Why the “Rick and Morty” and McDonald’s Issue is Toxic and Downright Stupid
October 12, 2017 at 12:33 am by Marisa Ratchford

Last week, McDonald’s reissued the very rare and sought -after Szechuan sauce, a promotional sauce for Disney’s “Mulan” in the ’90s, courtesy of a joke in the cult animated series “Rick and Morty.” On the day of the release, customers waited in line for hours at the specified locations to receive their own little prepackaged cup of fandom commercialism. 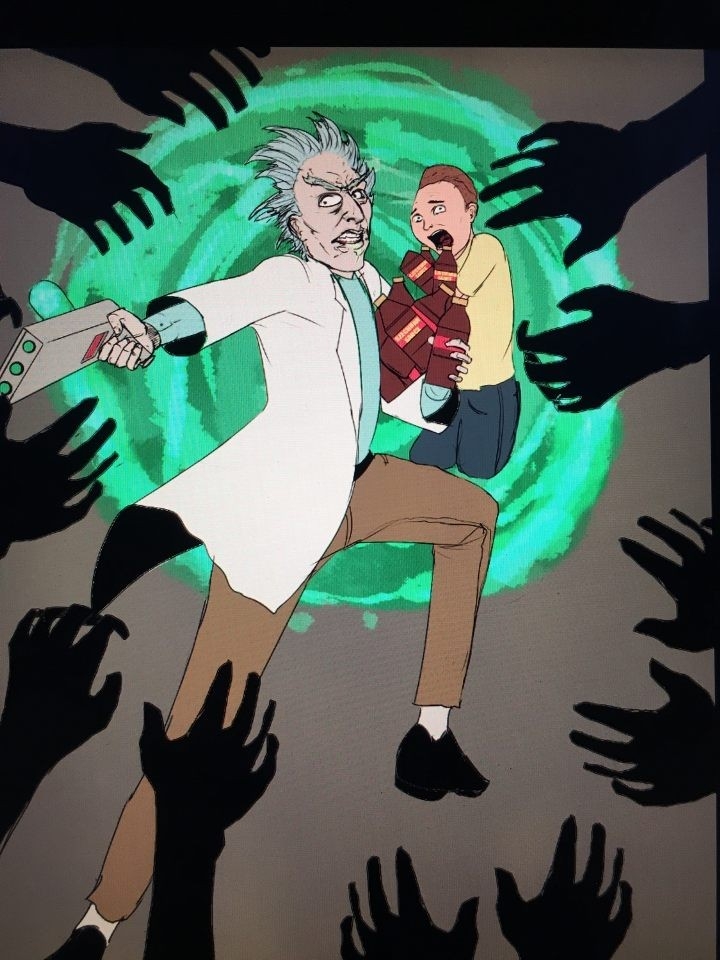 McDonald’s, which was clearly attempting to brand themselves as hip and relatable by exploiting the obsessive nature of “Rick and Morty” fans, produced a measly amount of the promotional sauce and handed out 20 packets to each selected location. Really? I mean, I knew Mickey D’s was stingy with sauce but that’s just pathetic.

This false shortage was nothing more than a PR stunt. The sauce isn’t difficult to make and there’s no reason that McDonald’s could not have made more other than to manufacture value for some “Mulan”-inspired high fructose corn syrup. Commercialism at its finest: exploiting the malleable masses.

Speaking of those masses, by some product of the deep Reddit underbelly, the people waiting in line were actually far worse than the McDonald’s corporates. Literal temper tantrums were thrown by superfans who referred to themselves as “Pickle Ricks” and berated McDonald’s employees, employees who had no control over how much fucking sauce was available. Threats and online badgering were directed at McDonald’s, all over a packet of sauce mentioned once in a cartoon. Really?

Let’s also talk about this cartoon. It might be known to some of you that hardcore R and M fans think that they are of higher intellect and that you only “get” the show if you’re “smart,” when, in fact, this show doesn’t require advanced intellect to enjoy. The main character Rick is a superb narcissist with an incredibly high IQ. The creators of the show, Dan Harmon and Justin Roiland are constantly trying to prove and explain with their nihilistic philosophies and over-the-top plot lines that intelligence is not the most important thing, which most of these “Pickle Ricks” don’t understand, since they so aggressively relate to Rick and belittle all others.

The Szechuan enthusiasts also hugely missed the point of the opening of Season 3 in which (spoiler alert) Rick breaks out of prison, ruins his daughter’s marriage and essentially destroys an entire world — all in the name of Szechuan sauce. The point the writers are trying to make is that nothing matters, which is why Rick, an amoral sociopath, would literally cause all this destruction over a formula for secret sauce.

Well, congratulations, “Pickle Ricks,” you’re more like your favorite cartoon scientist than you think because you ruined something as wholesome as a Disney promotion, berated innocent employees and caused an internet outbreak all because you wanted your fucking sauce. But I guess your tantrum worked because McDonald’s announced they were going to be bringing back more of this ridiculous sauce.

In the end this whole debacle really annoys me. It annoys me that McDonald’s exploited this show’s joke reference to a sauce from the ’90s as a way to gain publicity and profit. It annoys me that this hyper-aggressive fandom bullied their way into restaurants, waited hours in line and became irate because they didn’t get to dip a piece of breaded chicken into a packet of sauce. I’m annoyed that people are paying thousands of dollars on eBay to buy a 50-cent packet of McDonald’s sauce. The whole thing reeks of entitlement and just plain stupidity.