The Daily Nexus
Volleyball
Gauchos Aiming to Overcome Conf. Adversity Heading to Hawaii
October 5, 2017 at 5:04 am by Kayla Talley

Coming off two tough losses, the UCSB women’s volleyball team is headed to Honolulu, Hawaii this Friday to take on the Rainbow Warriors, who will be looking to defend their Big West championship title and currently stand undefeated in Big West conference play.

The Gauchos are currently 3-13 overall and are sitting at 2-2  in conference play, with two straight wins at home over Big West opponents UC Riverside and Cal State Fullerton, followed by consecutive losses at Cal State Northridge and Long Beach State this past weekend.

The Rainbow Wahine hosting the visiting ‘Chos who currently boast an impressive 10-5 overall record and have the aforementioned perfect conference record at 4-0, but still sit at second in the Big West standings behind Cal Poly, who currently holds a 5-0 record.
Hawaii senior middle hitter Emily Maglio will be on UCSB’s radar both offensively and defensively, as she leads the Big West in blocks per set (1.33) and is second in hitting percentage leaders (.395).

Maglio also just surpassed the 600 career kill milestone early in her senior season, finishing Hawaii’s five-set match at UC Riverside last Saturday with 14 kills. That was her sixth straight match recording double-digit kills and her 11th so far on the year. 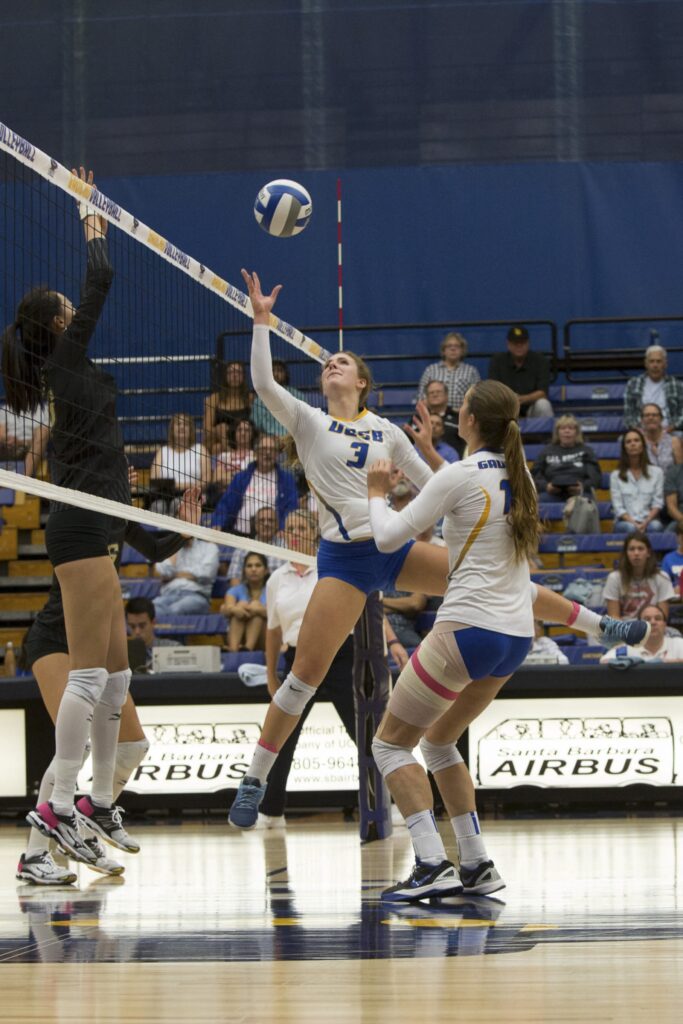 A major asset for the Gauchos in combatting power arms like Maglio’s and that of her teammate, junior outside hitter McKenna Granato, is their conference leader in digs, junior defensive specialist Emilia Petrachi, who tops the leaders with 296 digs overall and also leads the Big West with an average of 5.1 digs per set.

Granato boasts a notable 4.02 kills per set as she leads her team in kills with 221, placing her at fourth in the conference in both of these statistical categories.

On the other hand, the Rainbow Warriors will need to work hard to stop UCSB’s sophomore outside hitter Lindsey Ruddins.

She holds the crown of individual conference leader in kills per set, slamming the ball down for a point at an impressive average of 5.53 times in each set she plays, placing her at second best in the entire NCAA.

Ruddins has 249 kills this season, putting her in third place, right above Hawaii’s Granato.

Collectively, the Rainbow Warriors are outperforming the Gauchos. Santa Barbara has had 727 kills and 344 errors in 2,119 total attempts at the net as a team, while Hawaii has put up 751 kills with only 249 errors over 1,969 total attempts.

Although the Gauchos will be the underdog in their face-off with Hawaii, they have the opportunity to challenge themselves to compete through five sets at a tougher level of play against a dominant team that has remained hot over an eight-game winning streak. There might even be a thrilling upset on the way.

Friday night’s match between UCSB and Hawaii will begin at 10 p.m. PST.