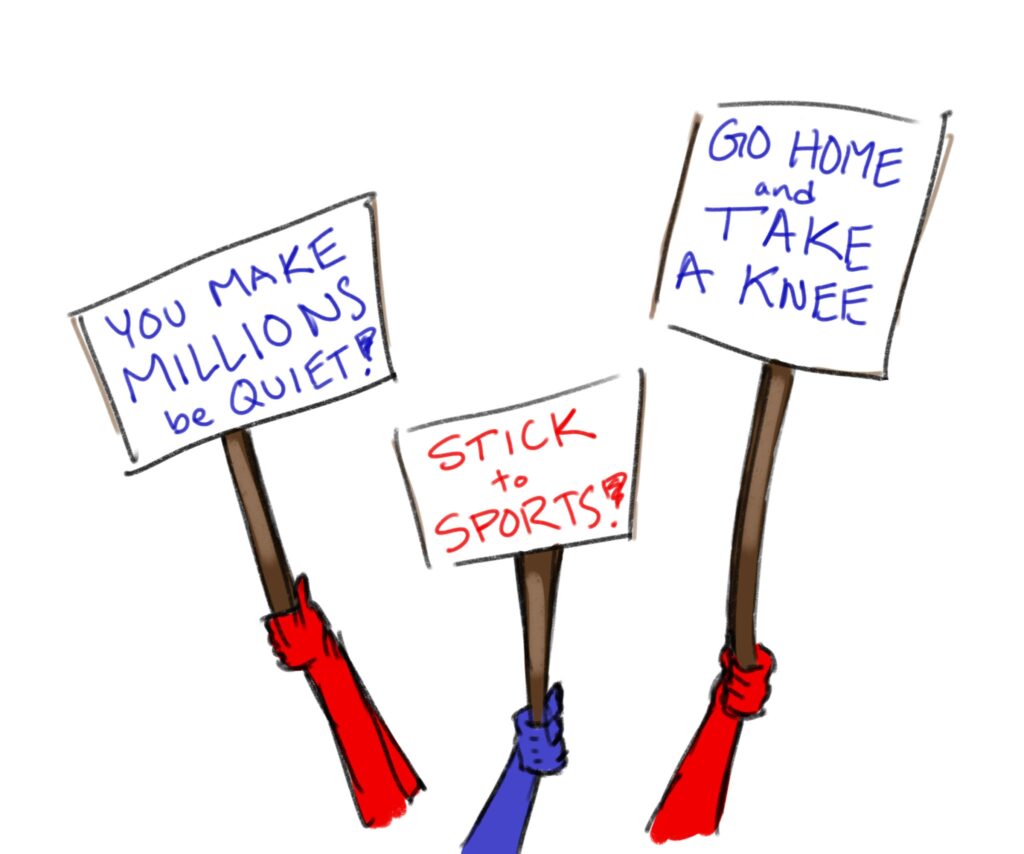 The average individual’s upbringing consists of the routine reminder to always honor the practice of life’s “Golden Rule.”

It is a religious statute that has become applicable to society and the daily lives of citizens worldwide, especially here in the United States, where the Pledge of Allegiance is the country’s acclaim for “one nation, indivisible, with liberty and justice for all.”

A call for “liberty and justice for all” has helped set the foundation for the pursuit of equality among all people in this country.

Sadly, dating back over 400 years leading up to today, racial equality remains underachieved within a country that is led by the institution of white supremacy and the meritocratic, racist, oppressive forces that are attached to it.

As I wrote this piece, I had no clue as to what angle or narrative I was trying to create. I guess you can say I simply wrote from my heart because it’s just so saddening that a little over a year later, I find myself expressing similar sentiments to the Colin Kaepernick article I wrote. The former NFL quarterback’s initial call to action was his decision to sit on the bench during the National Anthem prior to electing to kneel in future games.

The purpose of Kaepernick’s protest was to combat racial inequality and social injustice, as he stated, “I am not going to stand up to show pride in a flag for a country that oppresses black people and people of color.”

On Friday, Sept. 22, at a rally for Alabama Republican Senate candidate Luther Strange, President Donald Trump suggested that NFL owners should demand to “Get that son of a bitch off the field right now. Out! He’s fired. He’s fired!’’ in reference to players who have selected to kneel and protest during the anthem.

As various players responded to his claims via social media, voicing their indifferences and unsurprised reactions, Trump followed up with a series of tweets days after the rally, generally stating that sports fans and this country will not condone players protesting the flag.

As both a black man and a sports fan, Trump’s statements were no surprise to me as well.

Although I am disappointed and sickened by such remarks, I feel like I’ve become numb to hearing such irrational and hate-filled words. It’s expected, especially when considering the fact that Trump and others who believe that players are disrespecting the flag do not see the bigger issue at hand.

The larger issue at hand is that black people and people of color are not treated equally in this country. Nonetheless, this racial inequality isn’t being acknowledged but rather minimized by being framed as a threat to America and its flag.

For people to mistake Kaepernick’s protest as being aimed at disrespecting the flag or military goes to show why movements such as Black Lives Matter are so relevant, especially as I witness people get more upset over athletes deciding to peacefully protest rather than the innocent lives that are taken on a yearly basis.

It’s crazy to think how quick fans are to forgive and forget a player’s troubles with domestic violence, substance abuse violations or performance enhancement violations. While I do believe in second chances for certain circumstances, even for the aforementioned cases, to an extent, the fact that race is viewed as a topic that does not belong in connection to sports is ludicrous.

It is time for us all to wake up!

No, I do not have a specific solution to end racial inequality. But I do believe that the first step toward making progress begins with acknowledging and combating racism in order to overcome the taboo nature that has made it such a cringe-worthy topic.

Doing so means that systemic ideologies such as colorblindness, in which we’ve been told that race and skin color don’t matter or that we live in a meritocratic society where everyone is on a level playing field and must put in the work to reach a certain level of so-called “success,” are things that must be stripped of their manipulative powers.

Excuses that athletes need to “stick to sports” because of the amount of money they make and other claims that discredit today’s protests are just detractors from working towards unity.

This is why I remain so proud of the NFL athletes who genuinely took a knee or protested in another manner this past Sunday. While I don’t believe that all players who demonstrated a protest were sincere, such actions were significant because, although immediate results will not show, an impact is still gradually being made.

Whether it ever reaches him or not, I just want to say thank you to Colin Kaepernick for protesting and setting the precedent for what exists today in providing a voice for the voiceless concerning racial inequality. He wasn’t the first and he won’t be the last, but his impact is profound and will last forever.

At the end of the day, my mood is precisely expressed by Detroit Lions’ tight end Eric Ebron: