The start of the school year has snuck up on us again. The coming weeks will bring new schedules, an overload of assignments and relatively little time to even catch your breath. These simple recipes can be whipped up or prepared ahead of time, allowing you to take it and run on out the door to your next class rather than worrying about when your next meal will be. 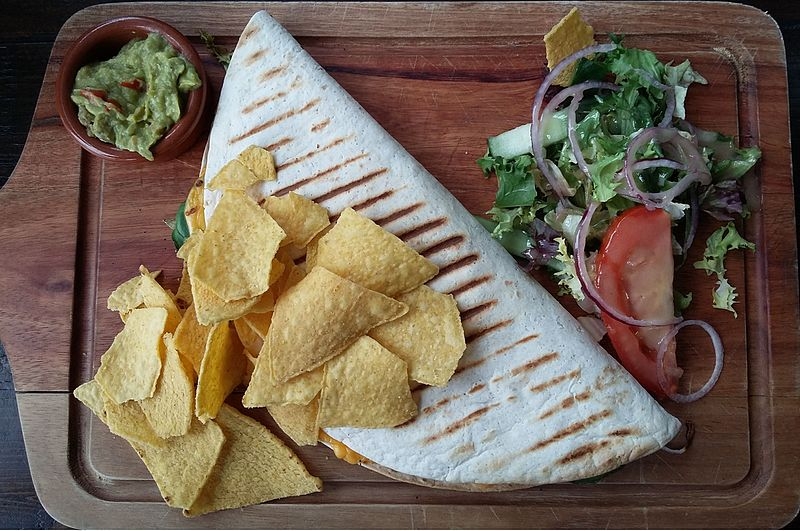 2 cups Greek yogurt
½ tablespoon honey
1 cup granola
1 cup raspberries
Mix together the yogurt, honey and granola. Divide the mixture between the popsicle molds, adding in a few berries to each. Top the molds with a bit of the granola mixed with honey and insert a popsicle stick in each mold. Freeze for four to six hours or overnight.

4 medium sweet potatoes
⅓ cup olive oil
Preheat the oven to 400 degrees. Thinly slice the sweet potatoes and then combine them with olive oil in a bowl until evenly coated. Line two baking sheets with parchment paper and lay out the sweet potatoes. Add salt and pepper to taste. Bake 20-25 minutes until crisp. Cool for five minutes and store in an airtight container.

4 large whole wheat tortillas
½ red bell pepper
¼ large red onion sliced
1 cup spinach
2 cups shredded mozzarella cheese
Chop up the bell pepper and onion into long strips. Sauté the bell peppers, onion and spinach over low heat. Take a large tortilla and serve the sautéed vegetables, topping with about one cup of the mozzarella cheese. Place the second tortilla over the top and grill on both sides over low heat until golden brown. Repeat with the remaining ingredients and cut each quesadilla into quarters to serve.