Last season, the UCSB women’s soccer team got off to one of the best starts in team history after beginning the year with a perfect 8-0 record, the second longest winning streak in team history before stumbling towards the latter part of the campaign finish the year with just an 11-6-2 record and failing to make the postseason.

However, if you were to ask how Head Coach Paul Stumpf and the rest of the team feel about last season, it’s quite simple, they’re over it and ready to move on beginning with their season opener today against Idaho.

“I’m just really excited about tonight,” Stumpf said. “Tonight it all counts and the girls have put a lot of work in and they deserve to play under the lights in a beautiful stadium in front of their friends and family to show what they can and can’t do.”

As coach alluded to, the Gauchos have been working hard. In fact, UCSB is coming off two very impressive exhibition matches last week in 3-1 victories over Westmont and North Texas.

All six goals were scored by a different player also exemplifying the amount of depth Santa Barbara possesses this season.

“That is a big deal, I mean, the more people you have that can score goals, the less an opponent could focus on one or two players and it opens the door for everybody,” Stumpf said.

Leading the charge tonight, and hopefully, the entire season will be UCSB’s own forward Amanda Ball. By now, most around the area have heard about the wonderful scoring talent ball possesses especially after becoming the first Gaucho since 2005 to score double-digit goals in a single season. 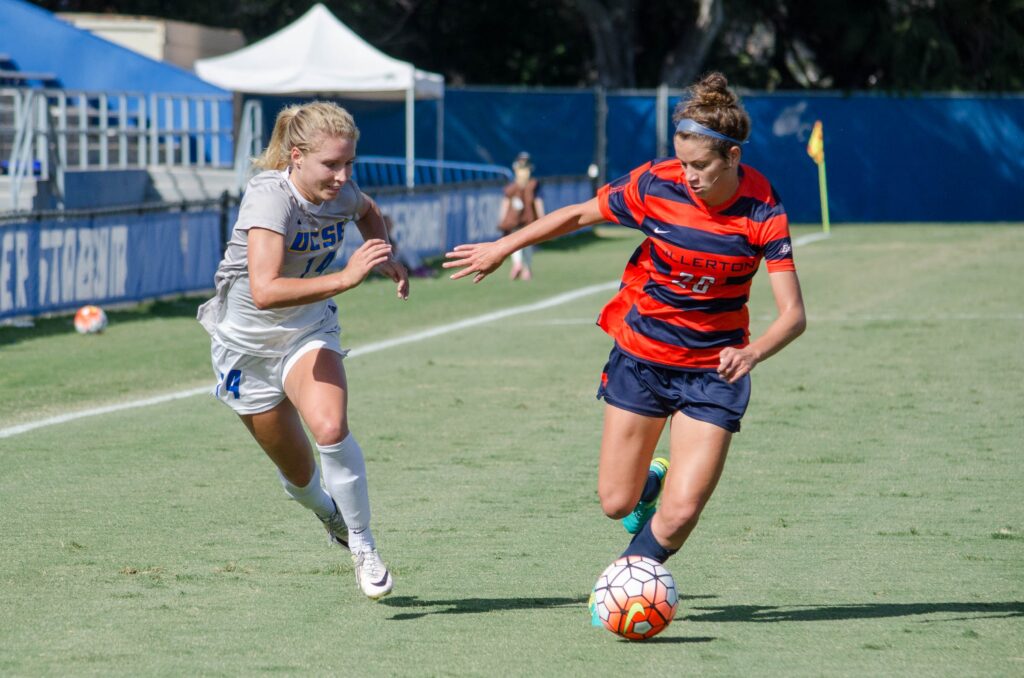 Last year the senior received First Team All-Big West Honors after finishing the season with 10 goals, second most in the conference, and 21 total points, third highest mark in the conference despite missing the final two games of the season. Ball seems to be in great shape to continue her great run this season as she scored one of the goals in the exhibition against North Texas. Both she and junior midfielder Mallory Hromatko were named to the Big West Preseason All-Conference Team.

Ball’s fellow seniors on the team, defender Kate Shoemaker, and midfielder Chace Schornstein are all poised to have a big season and, hopefully, finish their careers with a Big West championship.

“Our seniors are playing very well right now, and they will be a big part of our lineup,” Stumpf said. “They’re all playing at the top of their game and I am really excited about them.”

Despite all the good news out of the Santa Barbara camp right now, Idaho will not be an easy foe for UCSB to open its’ season against.

The Vandals are coming off a very successful 2016-17 campaign in which they won their second consecutive Big Sky Regular Season Championship and won 10-plus games for just the fourth time in program history.

Idaho was upset in the semifinal of the Big Sky Tournament losing to Eastern Washington 1-0 after allowing the game-deciding goal in the 88th minute. It was the Vandals only conference loss of the season.

2017-18 will be tougher on Idaho who is replacing its top four-goal scorers from a year ago, however, mid-season transfers junior goalkeeper Makayla Presgrave and junior forward Bridget Daley hope to make the biggest impact.

“They have had a lot of success over the last couple of years as a program because they really went to work on the defensive side of things with a drop and counter conceding very few goals so I expect to see something similar to that,” Stumpf said.

These preseason games don’t mean much to the Gauchos in terms of postseason hopes. UCSB will only make the postseason, in most cases, by winning the Big West championship.

Because of that, an 8-0 start to the season isn’t necessary nor should it be expected with the tough preseason Santa Barbara has lined up for themselves, however, the lessons that can be learned in these games are very important heading into conference play.

“It’s super important to build off these games and build confidence but interestingly enough, I almost feel like a loss here or there will take the pressure off,” Stumpf said. “We want to win every game we can but that’s just not going to happen especially two years in a row but we hope to have a balanced record and be as prepared as we can for Big West play.”

UCSB opens its season against Idaho at 7 p.m. on Friday, August 18 at Harder Stadium. The Gauchos will be on the road for the next five matches so catch them while you can.