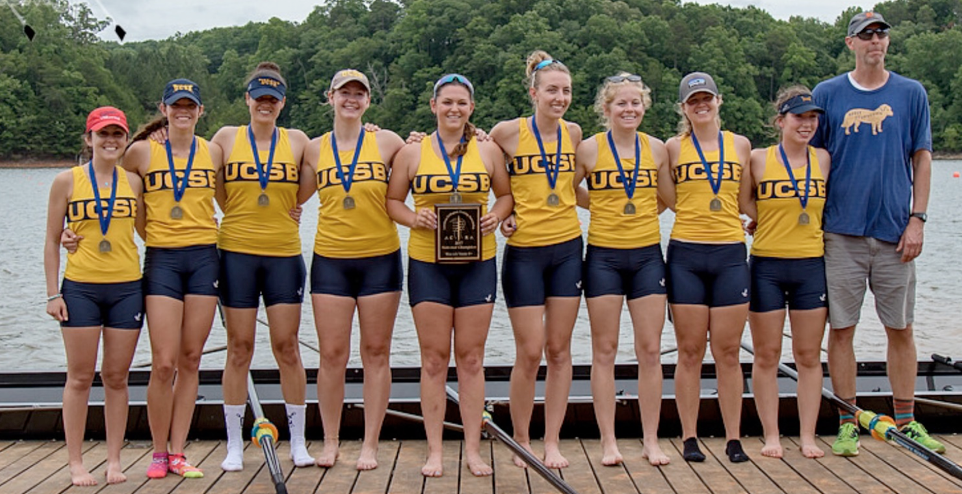 With yet another successful season in the books, the UCSB men and women’s crew teams were able to end on a high note, earning themselves many gold medals this past weekend as well as the title of No. 1 club team in the nation.

Although the crew is currently a club sport at UCSB and many of the rowers had never touched an erg before coming to college, the Santa Barbara team is competitive and quite successful. Competing across the country and often against NCAA Division II schools, UCSB has made a serious name for itself in the collegiate rowing scene.

ACRA is the national championship for all club rowing teams and the main race that the Gaucho club team trains for over a nine-month time period.

This year at ACRA, the UCSB team entered a boat in every single category except for one. These boat categories range from two-man rowing to varsity eight-man rowing. Within each category there are first and second boats for each team, denoting their speed and ability.

Each boat races in heats in tournament style until reaching the Grand Final race at the end of the weekend. Each race is worth a certain amount of points, and the more boats that a boat finishes in front of, the more points they earn. At the end of the tournament, all of the points for each boat and for each team are combined in order to determine the fastest team in the nation.

UCSB won on overall team points because of how quickly all of their boats raced, placing them as the best club team in the nation. This is the fourth year in a row that UCSB has won combined men’s and women’s points, reinforcing their reputation as a terrific program in all aspects. 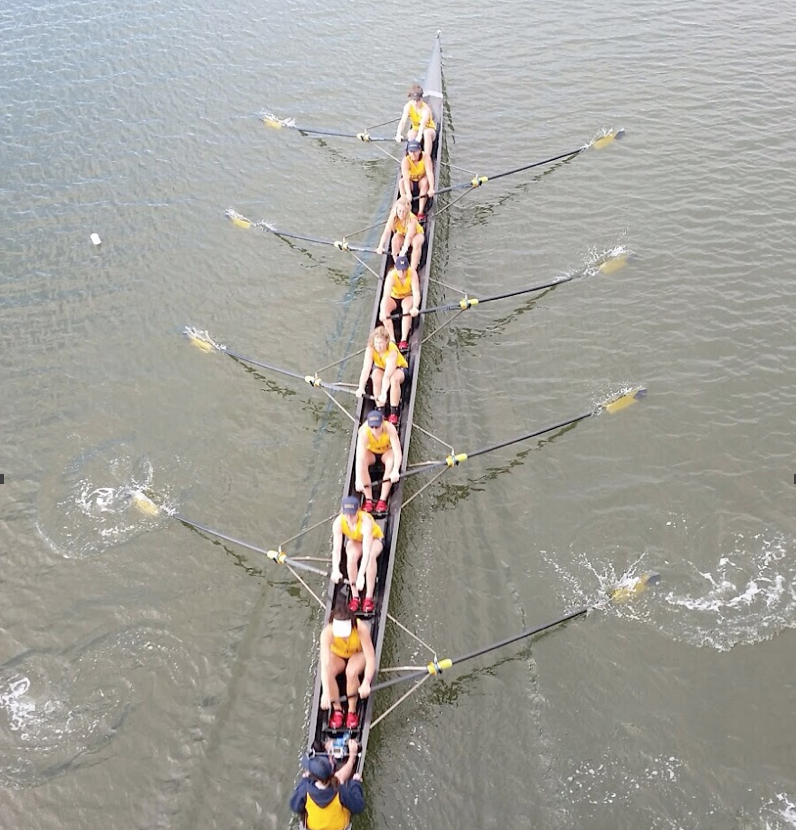 This is also the third year in a row that the women’s overall team has placed first. The men’s varsity eight-man won for the first time in history thanks to new coach Charley Sullivan, who came to UCSB after being the associate head coach at Michigan for 20 years. Last year was the first time women’s varsity eight-man ever won, and this year that same boat won by a boat length of open water, a practically unheard-of margin.

“The best part of the season as a whole was seeing the reward for all of the exhausting workouts, the 4:30 a.m. alarms, the long van rides, the strokes you wanted to take off but didn’t,” Kristina Sestay, co-captain of the women’s team, said. “Half of the reward was our success and the other half was being a part of something bigger than ourselves”.

The UCSB program was founded in 1965 by nine male students, making it the first club sport on campus. The women’s team formed in 1972 when a fan group, Shell, and Oar, decided to participate in the sport rather than cheer from the sidelines. Since then the program has exploded and has had thousands of members in the past 52 years, with each varsity member possessing an individual identification number.

Participating in scrimmages, regattas and friendly practices throughout the season, the teams travel in vans up and down the West Coast, as they need to tow their boats, also known as shells, along with them. An eight-man shell is typically 60 feet in length and weighs around 200 pounds. These boats are primarily maintained and handled by the rowers themselves.

The team is a deeply dedicated group with early-morning practices followed by weights and erging workouts. With around 100 athletes, including rowers and coxswains, the UCSB crew team and their “damn gold tanks” have rowed themselves to victory once again.

The Women’s team started in 1969-70 school year…. I know since I started it. (We rowed in the NWRA Nationals in my senior year, 1972, up on Green Lake in Washington so maybe that is the root of the error). Congrats to all! I am so proud of you. 😊❤️🚣‍♀️