Most people thinking of college graduates might imagine naïve young adults with no responsibilities — youths who sleep in too late and drink too much, unlikely to cope with the pressures of the “real world.”

This is hardly the case for non-traditional students at UC Santa Barbara who quietly take a more difficult path to success than most with little fanfare. UCSB’s non-traditional graduating seniors have lived through the most testing experiences, trotting quietly but triumphantly to the commencement stage this year.

UCSB defines a non-traditional student as someone who is either married, a parent, an undergraduate over 24 or a graduate student over 29.

For most people, having a child at 17 can mean an obstacle course too difficult to overcome.

As only 40 percent of teen mothers finish high school and fewer than 2 percent finish college by age 30, according to the National Conference of State Legislatures, the odds seem insurmountable for young parents. Statistics strongly suggest teen mothers have a trying time ahead of them on their path to education after pregnancy, one likely to end in failure.

All of this is irrelevant to 20-year-old Hannah Cloe, aspiring novel writer, fiancée, mother to a three-year-old and soon-to-be UC Santa Barbara graduate.

She is one of 5,770 UCSB graduating students set to shake the hand of Chancellor Henry T. Yang on commencement weekend next week. 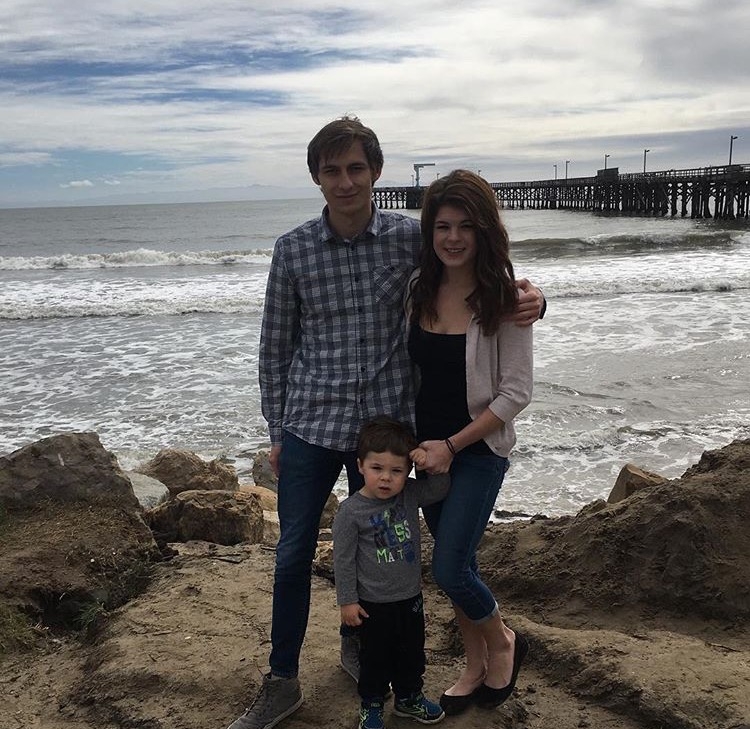 Cloe, a fourth-year English major, transferred to UCSB after completing her associate’s degree in neuroscience at Saddleback College. Despite beginning higher education in a S.T.E.M. field, Cloe said she realized it was not what she wanted to work in for a living.

She has since been focusing on novel writing and plans to complete a manuscript after completing her senior thesis with English professor Chris Newfield. Her most recent work is about a hiker traveling the Appalachian Mountains.

Cloe said she has a passion for “writing about the human experience” and dreams of completing an MFA in creative writing at Columbia University.

She said being a young mother has been difficult because of the stigma that people have over young parents.

“I’ve once had a man say to me, ‘You shouldn’t be out here; you’re a bad example for my daughter,’” she said.

But Cloe was not deterred.

She enrolled as an English major at UCSB in 2016, taking over 21 units a quarter to complete her B.A. in one year. She wakes up at 6:30 a.m. every morning to prepare her three-year-old son, Hayden, for daycare and attending school full time.

“And these people know nothing about my life; I’ve worked hard to go against what the odds were against me, and I’m proud to say I’ve almost done that,” she said.

UCSB will say goodbye to many more students like Cloe who have overcome great odds and gone on to achieve incredible things.

Kou Collins, 24, will also be walking this year to receive his bachelor’s degree in communication.

He transferred from Santa Monica College and the University of Colorado at Boulder, where he admits having suffered depression. He said school in Boulder was difficult for him, and he struggled to deal with the new environments and people.

Collins served as on-campus senator for the Associated Students (A.S.) Senate last year and has been involved with campus organizations since he transferred to UCSB in 2015. He has worked with Blunite and the Residence Hall Association since his first year. 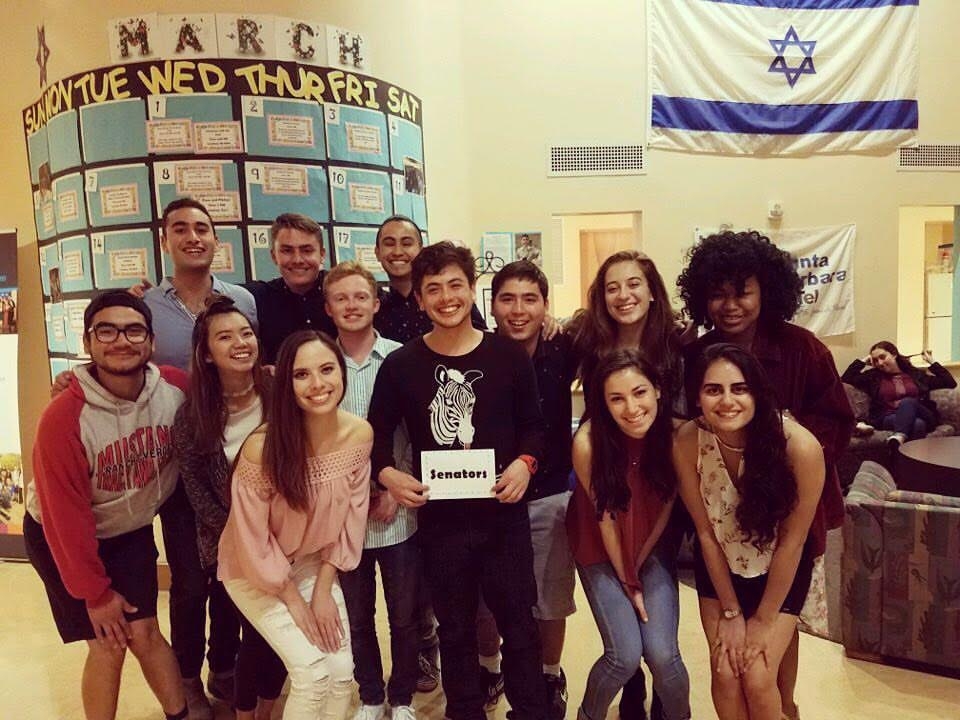 Kou Collins, center, is a graduating senior and former on-campus senator. Collins, 24, is one of few non-traditional students at UCSB. Courtesy of Kou Collins

Now, Collins said he has focused on self-growth because he feels he cannot be positive for others without having inner peace.

“I’ve learned a long time ago, I cannot give to others what I do not possess myself,” he said.

He is set to receive his diploma this quarter and is working in a leadership program in the summer. Collins described graduation as “bittersweet,” saying it was something he “never really pictured” happening.

“Honestly, this is something I never would have been able to see when I was 18,” he said.