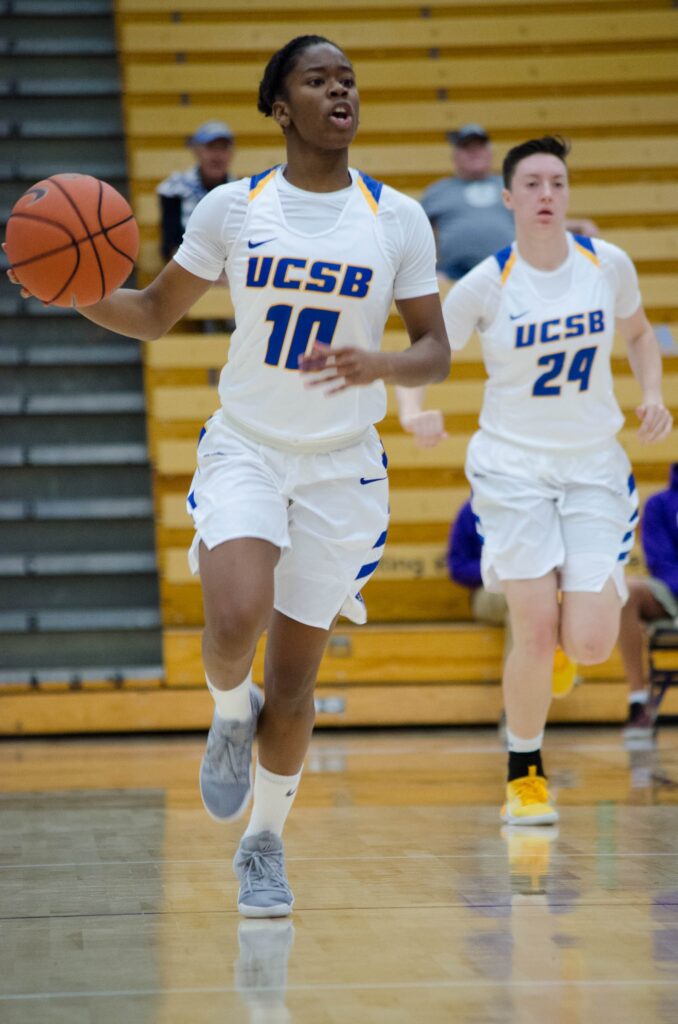 Two years ago, the UCSB women’s basketball team won only two games on the campaign. This year, the Gauchos were just two points away from a NCAA Tournament spot. That’s some serious upward trajectory.

The 2016-17 season was one of the longest in recent memory for UCSB. It stretched from Nov. 6 to March 11, when the Gauchos fell 56-55 against Long Beach State in the Big West Tournament championship game.

Even getting to that match was a bit of an accomplishment as the Gauchos were able to upset top-seeded UC Davis to earn the right to play the 49ers the next day for a chance to hoist that championship trophy.

The resiliency that enabled the UCSB program to rebound from the 2-27 campaign was on display against Long Beach State, as the Gauchos battled back from a 19-point third quarter deficit to take a 51-49 lead with two minutes left.

That the go-ahead shot came off the hand of Drea Toler was no surprise. The redshirt junior guard was forced to sit all last year thanks to NCAA transfer rules but was a dominant force once she got on the court this year.

Toler was at the center of the comeback with 12 points and five rebounds in the second half alone, and her three-pointer served as the climax of a 32-11 UCSB second half run.

Seemingly awakened by UCSB’s surprise surge, the 49ers fought back, going 3-4 from the field while turning up the defensive intensity once again. Toler and LBSU guard Madison Montgomery went back and forth, trading baskets as the clock ticked down.

Toler drew two shooting fouls with under a minute left and knocked down two of her four free throws. It wasn’t enough to give the Gauchos the lead, but it was enough to bring them within one shot of the win.

UCSB got that one shot, a corner three-pointer from junior guard Sarah Porter, but the ball hit the lip of the rim and fell off. The miss gave Long Beach the win and the bid to the NCAA Tournament, a program first for the 49ers.

Despite not winning the match, the game between UCSB and LBSU was an instant classic to all those who attended and definitely lit a fire in Porter, Toler and the rest of this squad to change this script next year.