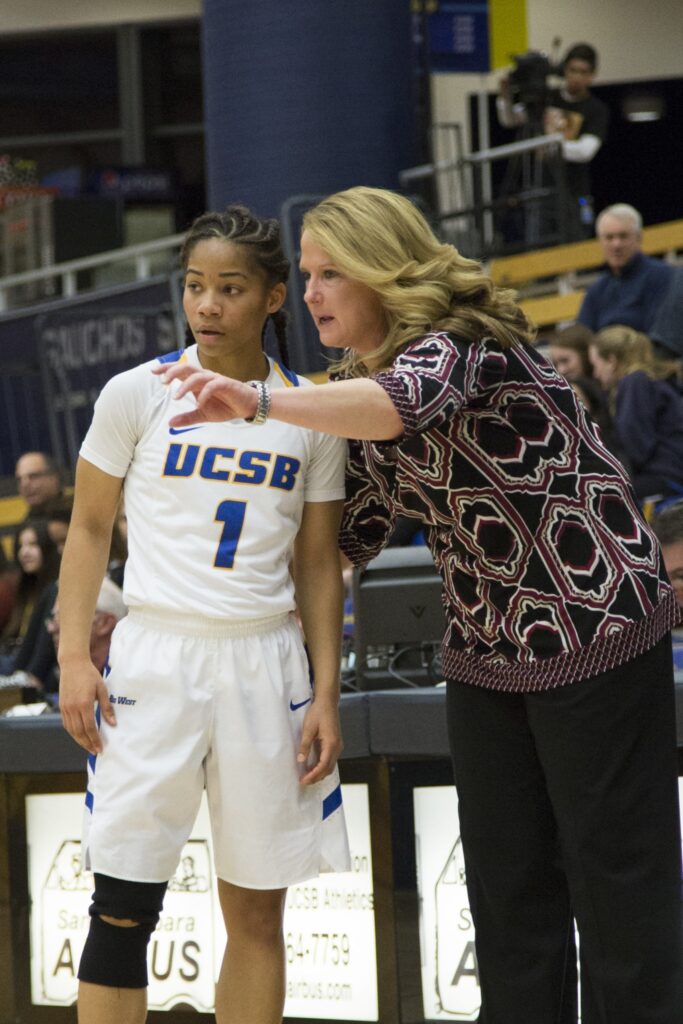 There’s no definite blueprint when rebuilding a program, and when at a school, such as UCSB, whose women’s basketball program includes a record 14 Big West Conference titles, sometimes the timetable to turn things around can be overbearing.

Coming off her second season at UCSB, Head Coach Bonnie Henrickson and the rest of the UCSB women’s basketball coaching staff have been exceptional. The 2016-17 campaign ended with Henrickson becoming the fourth UCSB coach ever to lead the program to the conference championship game.

Upon her arrival in 2015, when she took over a program that finished a combined 10-49 from 2013-15, Henrickson has helped the Gauchos gradually improve each year.

During her first season at UCSB, the Gauchos ended with a 12-20, 8-8 Big West record. Despite the losing record, it was an encouraging ending for UCSB as it had earned its first conference tournament victory since 2013.

Despite its 57-56 loss, this year’s tournament final game against Long Beach State was Santa Barbara’s first appearance since 2012. Having ended this season at 16-16 and 9-7 in the conference, the Gauchos entered the Big West Conference Tournament as the No. 4 seed and received a first-round bye before defeating UC Riverside and UC Davis prior to losing to LBSU.

It was their highest seeding since UCSB was the No. 2 seed in the 2011 Big West Conference Tournament.

Based on Henrickson’s 20 years’ worth of coaching experience, amassing for a career total of 16 postseason and seven NCAA tournament appearances, it is safe to say that Henrickson and UCSB are inching toward a return to the dominating, winning program it is known to be.

In the position of four of the team’s starters returning next season, the Gauchos deserve to be on the radars of many as they seek their first conference title of the Henrickson era. 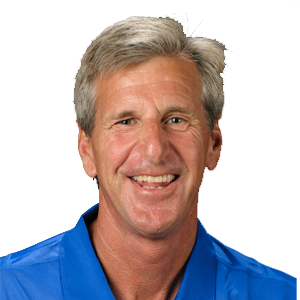 Many know Marty Davis as a respectable coach with a great track record, but he means so much more to UCSB than that. Davis has been a coach for the UCSB tennis team since 2000, and he has done a terrific job. He has been the Big West Conference Coach of the Year a total of nine times and has led the tennis program to 10 Big West titles and NCAA appearances, including the ones during the outstanding year they had this year.

The UCSB men’s tennis team went a solid 19-6 this year with Davis at the helm. This included a resounding 5-0 record in conference play and a respectable 6-3 record in home games. They ended their season with a 4-1 loss to the University of Mississippi in the NCAA Championship, but this was not all for nothing. The team showed out all season, and this included a 4-1 win against rival Cal Poly San Luis Obispo in the Big West Championship.

Davis rallied the troops once again this season, and the team responded with an outstanding performance all year. He showed once again why he is one of the best — if not the best — coaches around and why he was invited to and honored at the ATP finals last year. He has taken the UCSB men’s tennis team from a good team to a great team, and his style of play has the Gauchos performing to the best of their ability, and they seemed to be firing on all cylinders before their loss to Ole Miss. This just shows how Davis has transformed the program and justifies his selection for Coach of the Year.