This year’s New Venture Competition’s first-place winner is CRYPTIX, a ticketing platform which uses blockchain technology to make the process safer by eliminating fraud and scalpers.

They received the first place prize of $10,000 to continue the development of their company. Second- and third-place winners also took home cash prizes and honorary awards went out to other competitors. 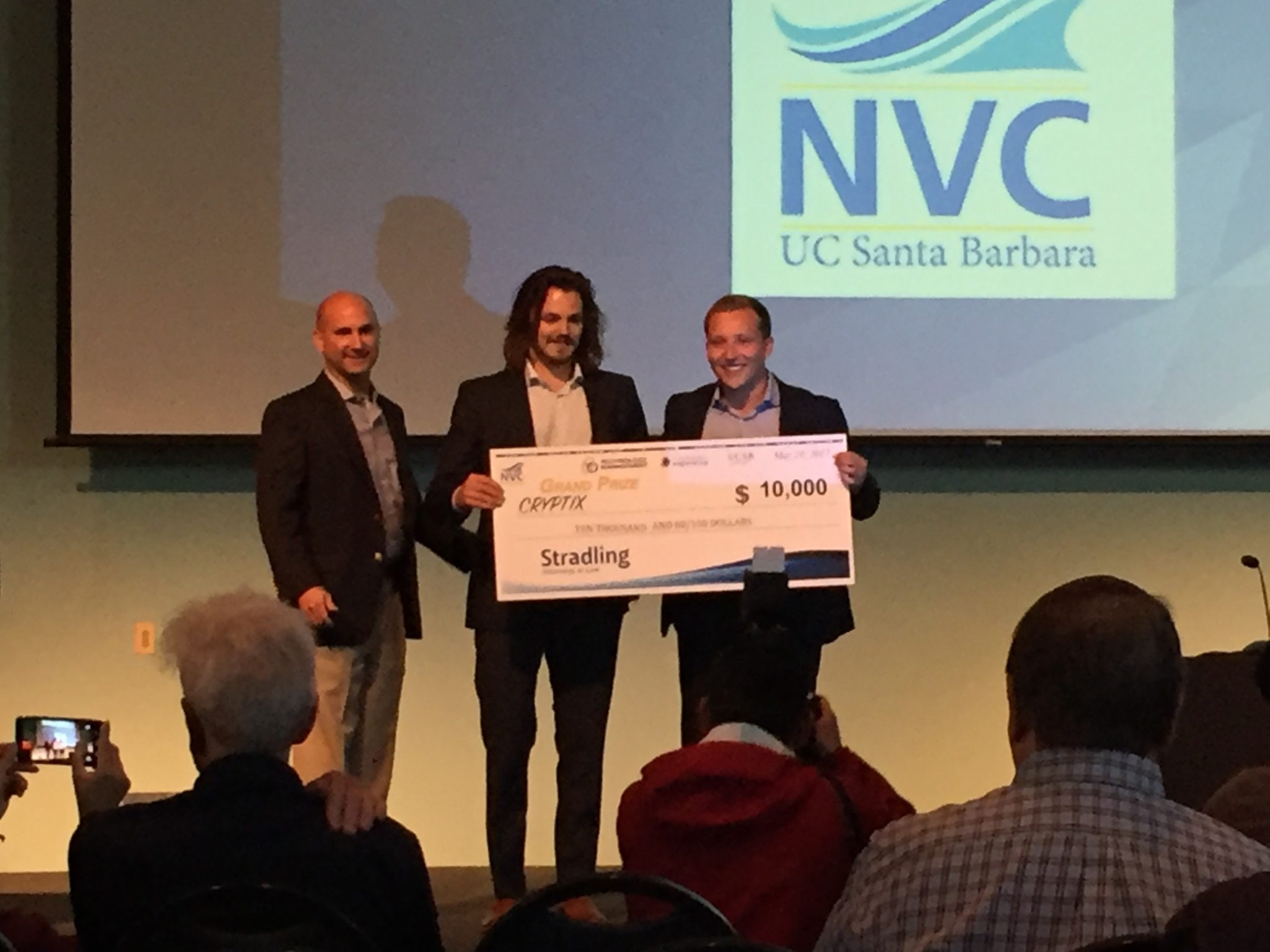 The New Venture Competition is an annual competition organized by the Technology Management Program to encourage student-run startup companies.

Nick Martitsch, fourth-year economics major and CRYPTIX team member, said he was inspired to start the company after a bad ticket-buying experience.

Martitsch said he experienced ticket fraud through a resale site for a $500 Outside Lands Music Festival ticket. The seller made 10 copies of the exact same ticket and sold it to 10 different people.

“So every day, for the next three days of the festival, it was a race to be the first in line. Only the first ticket would show up as valid, and the other nine would be invalid,” Martitsch said. “So needless to say, this was a terrible experience for me.”

Delta Leaf Labs, a team developing THC- free marijuana, won the second place prize of $7,500 and the $5,000 Elings award for a total of $12,500 — walking away with the most cash prizes. California recently passed Proposition 64, legalizing marijuana, which leaves them with no close competition anywhere in the state.

Shikha Sharma, a fourth-year political science major, said he thought of the idea for the website after having a difficult time finding housing while interning in New York.

The people’s choice award went to Collatera, a startup that has created a bandage-type patch which could be applied on diabetic foot ulcers. It heals foot ulcers up to four times faster than similar patches currently on the market.

The team has completed trial studies on mice and will start live clinical trials at Harvard University and Tufts Medical Center this summer. Two members of the team will be moving to the East Coast after they graduate in June.

OrganicMatters received the second honorary award. The team members seek to partner with poultry farmers and collect bird waste to make into fertilizer, which helps the environment by disposing of byproduct in a profitable manner.

PhantaField won the third honorary award, and its members are currently developing augmented reality glasses. After the competition, their goal is to make their product into a reality and acquire funding.

“With our expertise and my 15 years of semiconductor experience, we think we can solve these problems, but it’s uncovering the next problems that we don’t know about yet that are the real challenges coming up,” Dylan Rodriguez, a graduate student in the technology management program, said.

Team PhantaField said their mentor, Alexander Fang, former UCSB student and former owner of local company Aurrion, has helped them by sharing his own experiences developing Aurrion at UCSB.

Rodriguez said since Fang sold the company, he has more time on his hands to give back to his alma mater by helping aspiring entrepreneurs through events like New Venture.

“His expertise has been immeasurable. It’s just been great having him as an advisor,” Rodriguez said.

Dave Adornetto, Entrepreneurship Program Director at the Technology Management Program, said the courses offered throughout the year help participants prepare for the competition and play a major role in the competitor’s final projects.

Two of the finalists, Vince Kuppamala of Collatera and Dylan Rodriguez of PhantaField, are graduate students getting their Master’s degree through this program.

Kuppamala said the professors in the program are from the top business schools in the U.S., providing the eager students with experienced mentors to learn from.

“I don’t think there’s another program like it in the country,” Kuppamala said. “You can get such a great integrated business and technology education.”