The Daily Nexus
News
UCSB Students in Manchester Safe After Bombing
May 23, 2017 at 2:00 pm by Josh Ortiz 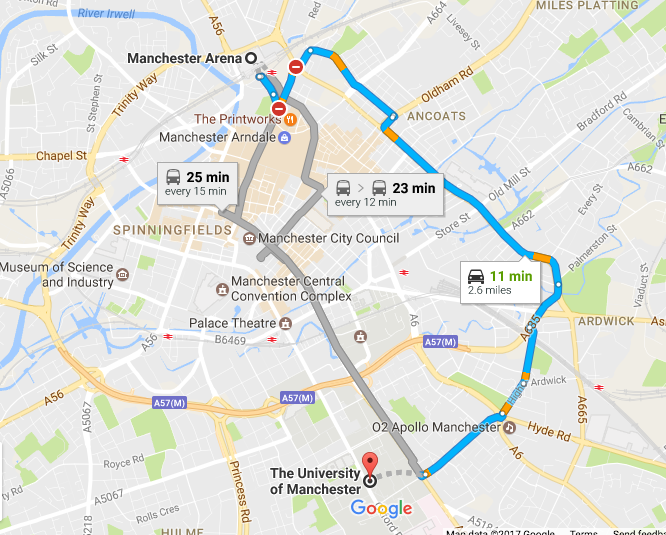 The University of Manchester campus is less than three miles from Manchester Arena, according to Google Maps. Image via Google Maps

The suicide bombing at an Ariana Grande concert in Manchester Arena last night killed 22 people and injured 59 others, the New York Times reported — the deadliest terrorist attack in Britain since 2005. The bombing suspect died in the blast, according to the New York Times.

Juan Campo, director of the UCSB Education Abroad Program, said the six UCSB students in Manchester this quarter are “all safe and accounted for.”

The University of Manchester campus is less than three miles from Manchester Arena, according to Google Maps.