The Daily Nexus
Artsweek
The Role of Art in Restoring a Community
May 23, 2017 at 12:08 am by Zoe Jones and William Emmons 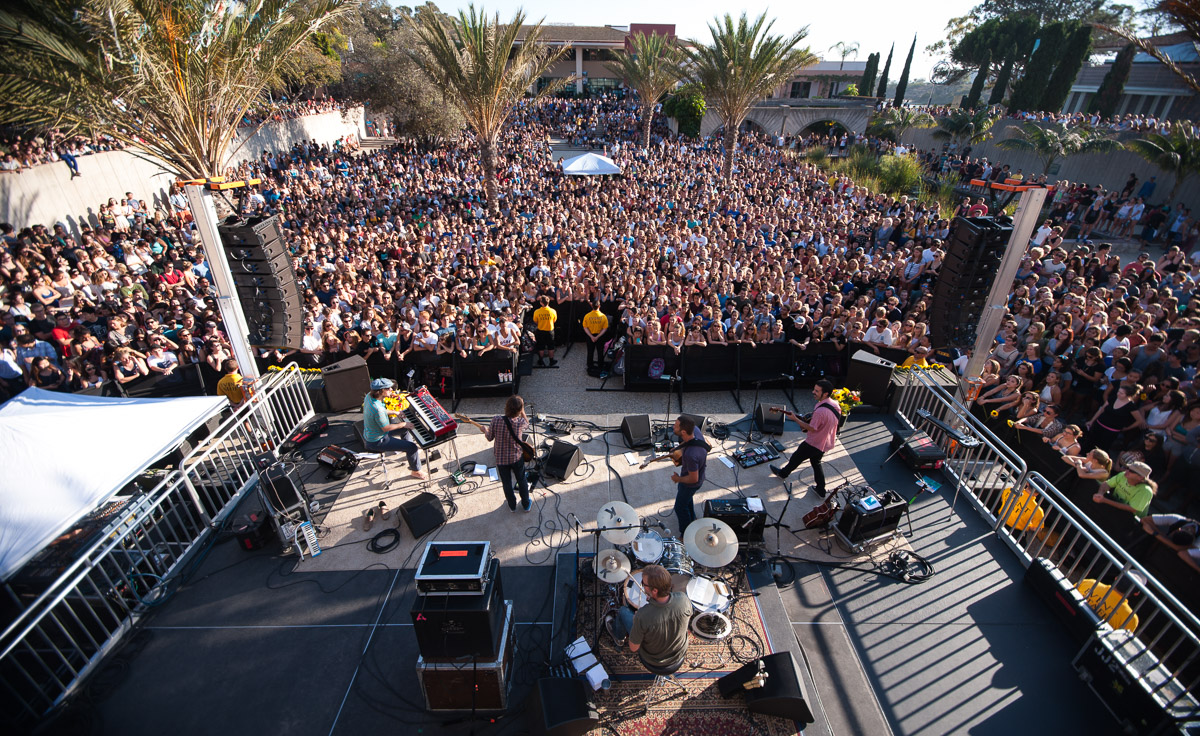 Perhaps the old adage, “Beauty comes from tragedy,” does not do much to comfort those who have faced the tragedy head-on. However, once the beauty is fully recognized and allowed to come full circle, it can serve as a point of recognition and a point of memorial. The memory of a tragedy lives on, and the art that is born from it will live on, too.

I was not here for the May 23 tragedy. I was still in high school, clueless about where I would attend college that next year. However, as I have grown used to my new homes of UCSB and Isla Vista, I know that the people who came before me used the thing that I love the most — art — to piece these places back together.

Isla Vista and UCSB are not necessarily known as an artists’ haven in comparison to other, larger college towns. But this college community has its own undeniable, creative charm. UCSB has a smattering of events throughout the school year geared toward music-lovers and concert-goers, most of which are put together by A.S. Program Board.

Isla Vista Mural Project, Urban Art Workshop and local property owners work together to bring back traditional Isla Vista character and inspire future artwork in a New Yorker inspired mural. The mural can be found on the backside of the Plaza Lofts apartment building in the Giovanni’s parking lot.

In the wake of the tragedy, however, ASPB had to cancel a show by indie group Cults, set to perform in The Hub on May 29. That year’s Extravaganza festival had just taken place the weekend before. Spring is UCSB’s most lively, event-filled quarter. That is an undeniable fact about tragedy: It has the potential to diminish the spirit of even the most beautiful places.

Walking down the street on any given weekend in Isla Vista, you’re bound to hear live music coming from someone’s backyard. These gatherings, affectionately known as “house shows,” could be considered mostly niche in terms of the market for parties in I.V., but they are still an integral part of the fabric of the town.

In fact, singer and alumnus Jack Johnson got his start by playing shows in these same backyards. So, post-May 23, he decided to give a visit to his old stomping grounds and make sure UCSB and Isla Vista were not silenced.

The “Come Together: Remember, Reconnect, & Unite” event did not happen until early October, right at the start of Fall Quarter. When students returned to school after summer, waves of sadness and anxiety were still rippling through the entire town and campus.

These emotions brought thousands of students to Storke Plaza and gave way to a new emotion: hope. As Jack Johnson performed some of his most beloved songs with thousands of voices singing along and thousands of bodies swaying together, there was a sense of renewed optimism, which set the tone for the rest of school year.

For many, Isla Vista exists as a natural habitat with beauty seeping from every corner. Throughout the blocks of the community are seemingly nuanced buildings with sides dressed in colorful, illustrious artwork. Peeking into this culture of public art can highlight the roots of Isla Vista that are deeply embedded in change.

The full extent of I.V. murals unfortunately can’t be seen today. A number of murals have been lost to renovation and redevelopment. The structure at 955 Embarcadero Del Mar, for example, once stood with a large mural by artist Joyce Ortner on it. This mural was later replaced with a sunflower beach scene when the facade underwent renovations in 2012.

While some art is lost in time, new works are constantly appearing. And, in my time here at UCSB, I have observed a delightfully vivid movement of collaborative and thoughtful expression led by local residents.

In I.V. I particularly see visual art as a physical channel of creativity that improves the community’s solidarity. Residents of Isla Vista can use visual art to connect with others, and UCSB has a role in facilitating this creativity. 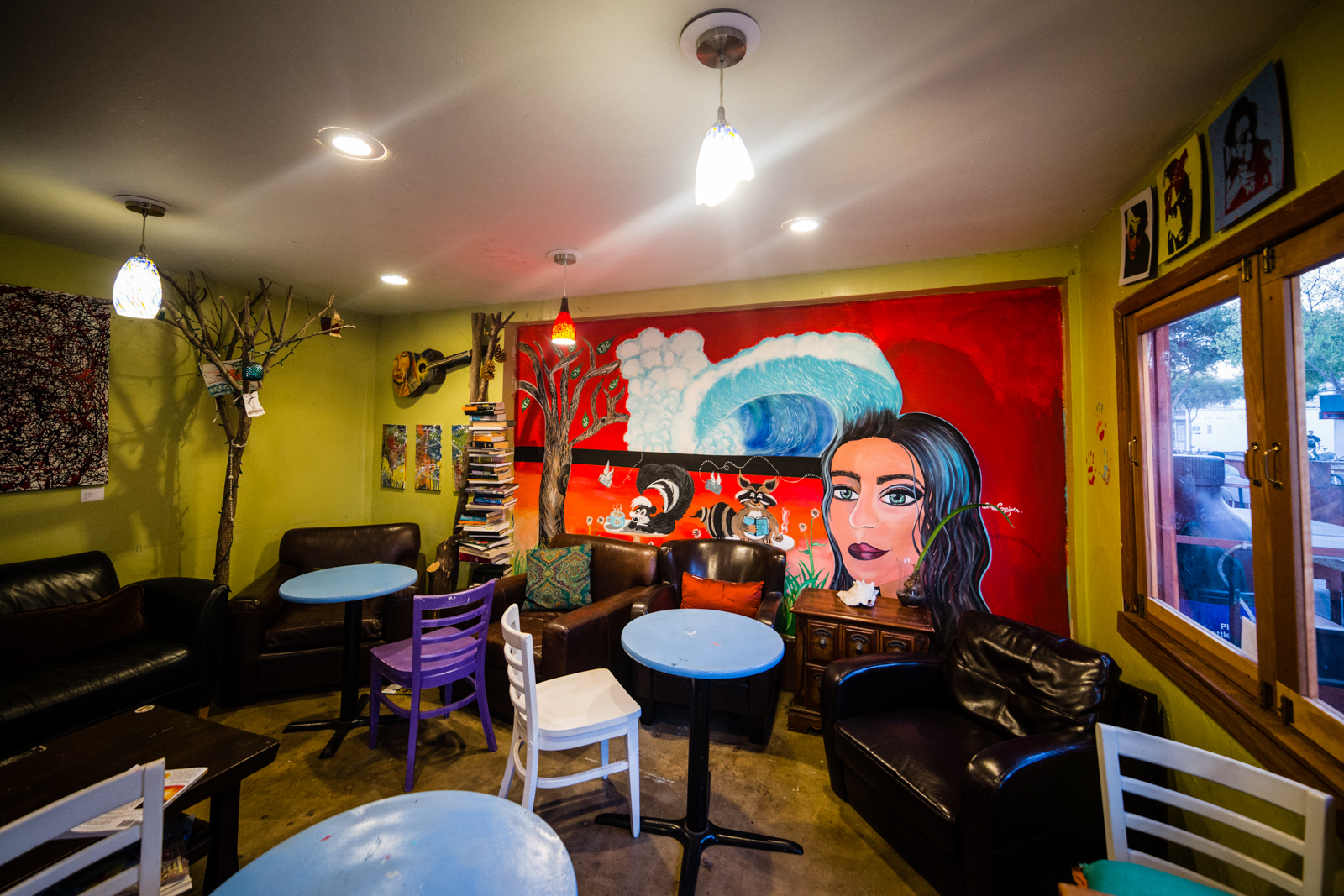 This piece is meant to reflect the community as a whole in the wake of the recent calamity. Nexus file photo.

The university has an Urban Art Workshop in which students paint murals in collaboration with property owners in Isla Vista. Their first project, a cartoon image of a blue and purple squid, was painted at 6674 Sueno Road in spring 2012. This course played a significant role in the direction of Isla Vista’s art scene in the face of delicate circumstances.

In the aftermath of the May 23 tragedy, Isla Vistans were tasked with recuperating and restoring the neighborhood. The event evoked a sense of togetherness in Isla Vista, moving the community in a direction that readily embraced unity and collaboration. A prominent example of this is a mural on Sabado Tarde Road, painted by an Urban Art Workshop class coordinated by UCSB staff member Ann Hefferman.

This location shares two points of artistic memorial, as several students who lost their lives to a drunk driver in 2001 were set to be honored here. The mural was in the process of being finished at the time of the shooting, so the painters added six fish beneath the preexisting imagery to honor the students who lost their lives. The mural was completed in the summer of 2014.

The turtle mural represents a milestone in I.V. culture, a first attempt at rebuilding after the unprecedented shock of the shooting. And, as the art in preceding years has shown, the tumultuous process of rebuilding after tragedy continues on long after grieving is done. 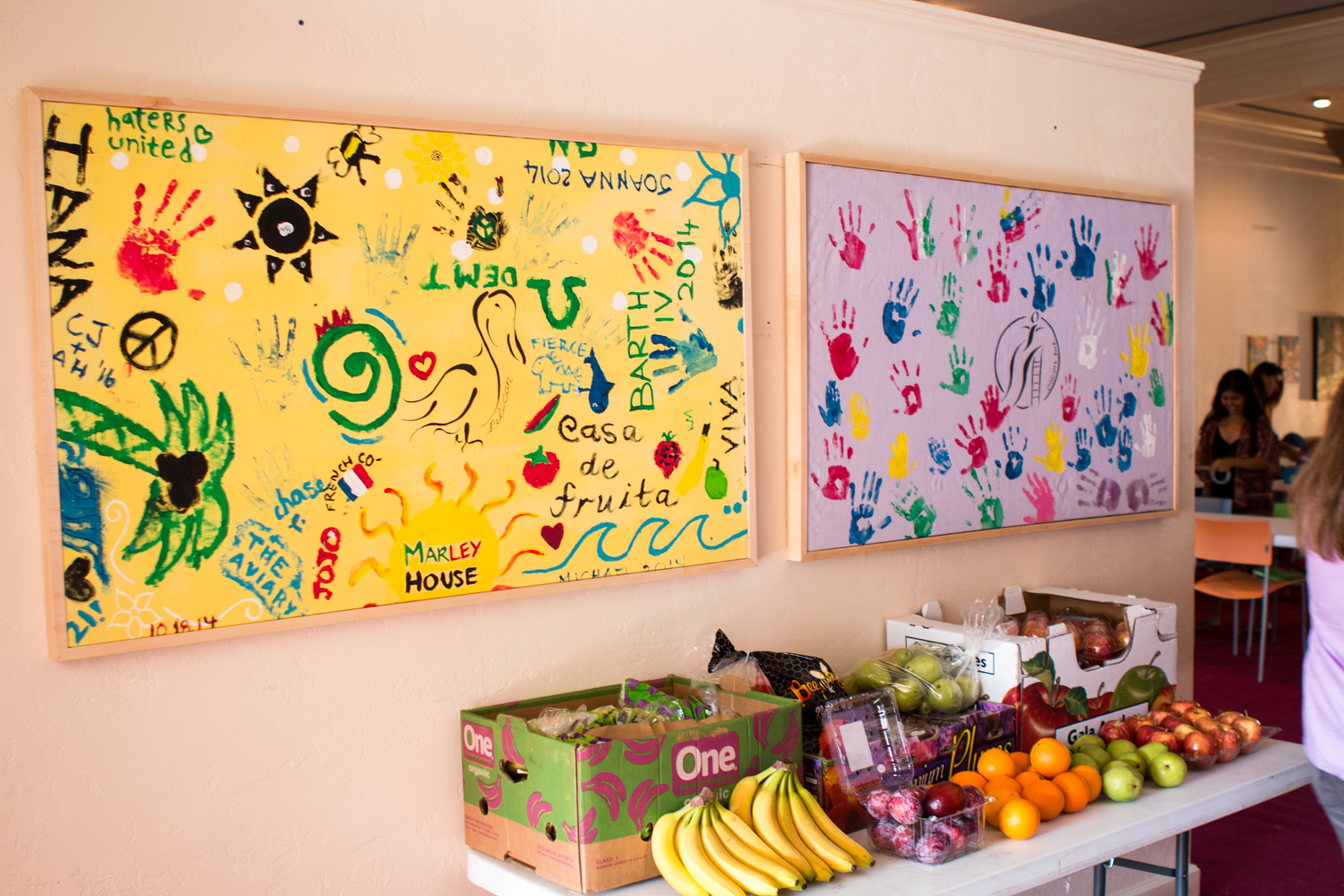 Murals completed after May 23 by Isla Vista community members were hung up in the community center. Nexus file photo

Another mural on Sabado Tarde Road painted in this same vein is a scene of pink sunlight showering red and purple trees. It is a vibrant representation of the nourishment and rebirth that comes from nature as well as nature’s relationship with humanity and art.

Many artists — creators of stories, music and visual works alike — had a role in using their work to process it all. The Catalyst magazine held an event, and CCS’s Spectrum magazine put together a special edition that included a cover with beautiful, somber, black-and-white trees and a dedication to the students who lost their lives.

“For me, it was extremely gratifying to know the timing of that artwork had helped someone through that awful black cloud somehow,” Demi Anter, former Nexus Artsweek editor, said of her own contributions to the arts community during that time. This is a sentiment that was likely felt by many artists who were living in Isla Vista that spring.

In the last three years, community members have come together to display beauty on the streets of Isla Vista. This is the role of art: to help us express, to help us remember and to help us cope.