The Daily Nexus
Sports Blogs
Ball Is Life. But Could LaVar Be Detrimental to Lonzo’s NBA Career?
May 18, 2017 at 5:08 am by Sean White 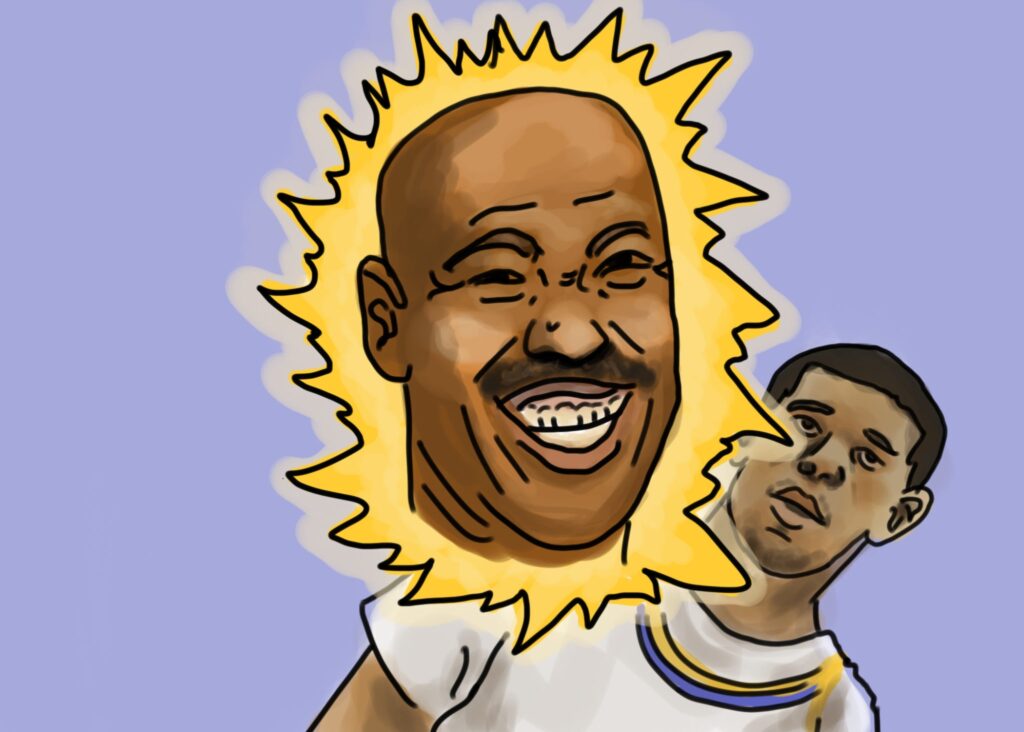 Be humble. Sit down.

The wise words of artist Kendrick Lamar may be interpreted as a brief, self-explanatory chorus by most listeners, but for me, they are a virtue that is applicable to all facets of life.

I don’t believe it to be an innate characteristic. Sometimes it takes the jeopardizing of our talents or successes to realize how significant humbleness is.

Initially, the spontaneous and unapologetic nature of LaVar Ball, who is the father of consensus NBA lottery pick Lonzo Ball, reflected the confidence I’d hope for any father to have in his child, whether the child participated in a sport or not.

But what started off as a father backing his son regardless of the circumstances has quickly escalated into LaVar overshadowing his son’s journey to the NBA across headlines and sports talk shows nationwide.

His behavior goes beyond the need to tone it down and be humble.

One role simply sums up what LaVar Ball has become and embraced over the past few months: a troll.

He feeds off the disbelief of people who entertain his outlandish claims, such as Lonzo would be able to “kill” Michael Jordan in a game of one-on-one or that he would only play for the Los Angeles Lakers, which is likely to happen following Tuesday’s NBA Draft Lottery during which the Lakers were fortunate to get the No. 2 overall pick for the third consecutive year.

There are a host of other instances that could be referred to as well, but has anyone ever considered if LaVar truly is the one to blame?

Sure, his statements will be heard given the fact that he’s the father to a star player. However, various sports news leaders continue to give LaVar a platform to utilize. Whether it be him defending the $495 price tag of Lonzo’s signature shoe or him making comparisons to Steph Curry or LeBron James, headlines have constantly played into LaVar’s ploy.

Quite honestly, the “Big Baller Brand” head honcho has done a good job of utilizing the exposure he has received. He’s been the mastermind of a publicity stunt that has enabled him to put the “BBB” brand on a pedestal that some support or hate.

While the pricing for the “ZO2” signature shoe is too high, I respect the vision of the family business. The plan to invest in yourself is genius. Why not have complete creative control over how you mold and develop your own brand?

Some may consider it costly considering that Nike, Under Armour and Adidas each decided not to sign Lonzo to a shoe deal. But self-investment is something no other player has done, with the closest being LeBron James and his lifetime deal with Nike.

The vision is clear, but the logistics behind the brand will have to be altered in order for it to grow in the years to come. How to do so isn’t exactly clear at the moment due to the fact that Lonzo has yet to be drafted and even play a game in the NBA.

After a decision that likely included the input of LaVar for Lonzo to not participate in the NBA Combine, it is no surprise that Lonzo will only work out for the Lakers prior to the NBA Draft.

These are the circumstances that have left me with mixed emotions regarding LaVar’s role in Lonzo’s transition to the NBA.

Although LaVar’s intentions surely aren’t meant to devalue his son’s talents, he has steadily added pressure to the already daunting expectations Lonzo is entering the league with, especially if he ends up going to the Lakers, who are looking to solidify a franchise player who will end their decline of the past three years.

Still, it’s unfair that people make claims in hopes of Lonzo being a bust or having an underwhelming career due to the actions of his father. Many presume that Lonzo’s laidback demeanor is a sign of submissiveness to his father or that of a kid who never had any say regarding his basketball career.

Whether that’s the case or not cannot be determined. Yet, in the meantime, the battle between LaVar Ball and naysayers can only be resolved in a matter of time.

And that’s to allow Lonzo’s game to speak for itself.