The Daily Nexus
News
Amid Budget Woes, SB Sheriff’s Office Faces Potential Staff Cuts
May 18, 2017 at 12:26 am by Jose Ochoa

The Santa Barbara County Sheriff’s Office (SBSO) is currently over budget, understaffed and overworked, county officials reported in budget discussions this past month. 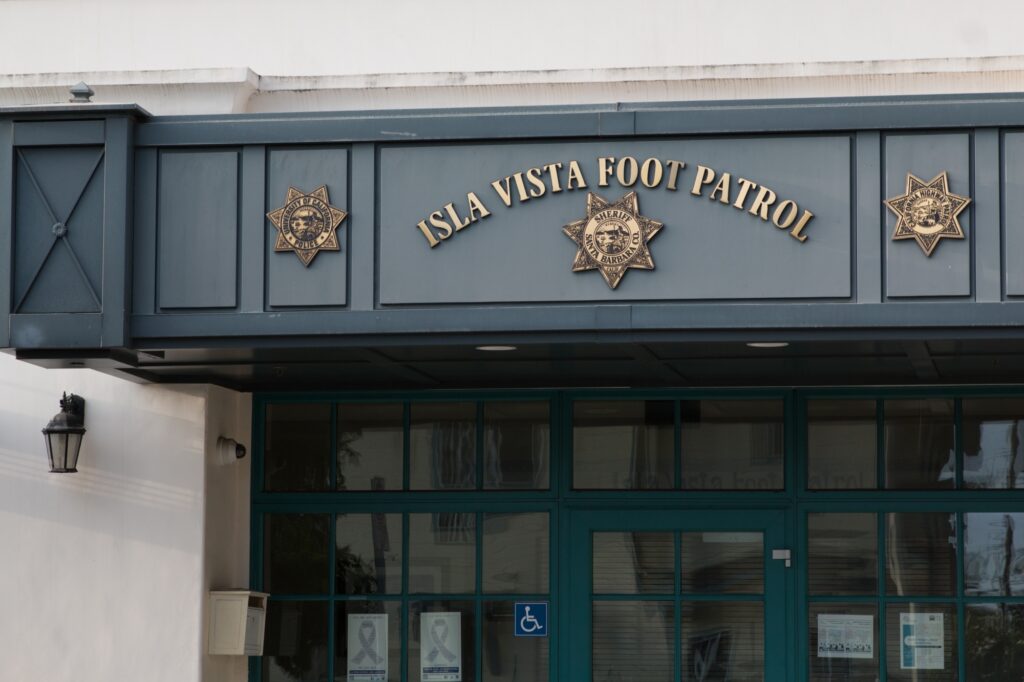 SBSO nears the end of the fiscal year with a $1.4 million deficit, 49 vacant positions and over $6 million spent in overtime expenses.

Santa Barbara County officials met this Tuesday to discuss a quarterly report of the county budget. Of the 68 departments, 65 are positive or at budget.

The county executive office (CEO) and auditor-controller presented a report of the third quarter of the fiscal year at Tuesday’s board of supervisors meeting, revealing that the Sheriff’s Office is projected to reach a deficit of $1.4 million by the end of the fiscal year.

Despite what might seem to be a daunting figure, the county is projected to end the fiscal year with a net increase of $750,000 in their general fund.

SBSO’s deficit is an example of some of the fiscal challenges the county is facing this year. The county is expected to reach an approximate $35 million deficit if it continues to operate at this level of expenditure and has been re-balancing its budget for the next fiscal year to prevent funding issues.

Following budget workshops with the county Board of Supervisors in April, the CEO is expected to release its proposed budget for the next fiscal year next Thursday. The Board of Supervisors will then hold its budget hearings on June 12, during which the public is welcome to comment on the final budget. If necessary, the hearings will continue on June 14 and 16.

In order to mitigate any potential budget issues, county officials have proposed 5 percent budget cuts across all departments.

SBSO is facing a possible reduction of nine full-time positions in the Isla Vista Foot Patrol (IVFP), though Undersheriff Bernard Melekian has spoken to the board in favor of keeping the positions during last month’s budget workshop meetings.

According to documents outlining the proposed cuts’ fiscal impact, reductions to the IVFP alone would bring approximately $1.9 million to the county’s general fund. These reductions would include removing three sergeants, two special duty deputies and four deputies, as well as reducing overtime pay.

According to SBSO spokesperson Kelly Hoover, Isla Vista is the only station in the county that is not operating “at minimum staffing,” meaning there will likely be cuts in this area to balance the department’s finances.

“As a result, we proposed a significant reduction in our staffing levels at the IVFP. We are in discussions with the CEO’s Office and University representatives, and at this point nothing has been decided as of yet,” Hoover said in an email.

IVFP is not the only section of SBSO that would see cuts. The proposed cuts for SBSO in the next fiscal year total approximately $7.6 million.

While these cuts were proposed at the budget workshops in April, none of the reductions have been finalized. They will go through public hearings before they are adopted.

Each county department’s presentation during last month’s budget workshops included a section for departments to request a restoration or expansion of programs slated to be cut.

In Melekian’s presentation, he said IVFP is a “critical” part of SBSO’s budget priorities but acknowledged that the department is facing issues when it comes to staffing, updating technology and funding.

According to Melekian, SBSO also needs new portable radios and car systems. The department does not proactively replace equipment but rather rushes to gather funding when old equipment fails to function.

In addition to outdated technology, SBSO currently has 49 total vacancies in its stations, causing employees to work overtime. As a result, SBSO has had massive overtime expenses totaling $6.4 million for this fiscal year, offset partially by $5.4 million in salaries and benefits savings, according to a board letter from Tuesday’s meeting.

According to the letter from the board of supervisors, “Further exacerbating the vacancy issue, an additional 17 patrol deputies and 12 custody deputies were on worker’s compensation leave, who not only continue to draw salary, but also create vacancies that are often covered with overtime.”

The board anticipates that if the department ends the year with negative net financial impact, it will need to use the general fund to balance its deficit.

“This assumption has already been factored into the projected year-end net positive variance of $750 thousand in the general fund,” according to the letter.

The county will make their final decisions regarding the budget in June.