The UCSB women’s tennis team is preparing to go on the road to compete in the Big West Tournament at Indian Wells, where it will look to defend last season’s conference title. The reigning league champions are coming off winning their first title since 1996.

Santa Barbara will enter the tournament as the No. 2 seed and will play its first match in the quarterfinals against a familiar opponent, No. 7 seeded Cal Poly.

The matchup this coming weekend offers the Mustangs a chance to avenge their recent slump to a Gaucho program that has defeated them handily these past few seasons. The last game between UCSB and Cal Poly came just a week ago during which the Gauchos were able to best Cal Poly 4-1, marking the third consecutive season UCSB came out on top in the Blue-Green rivalry. 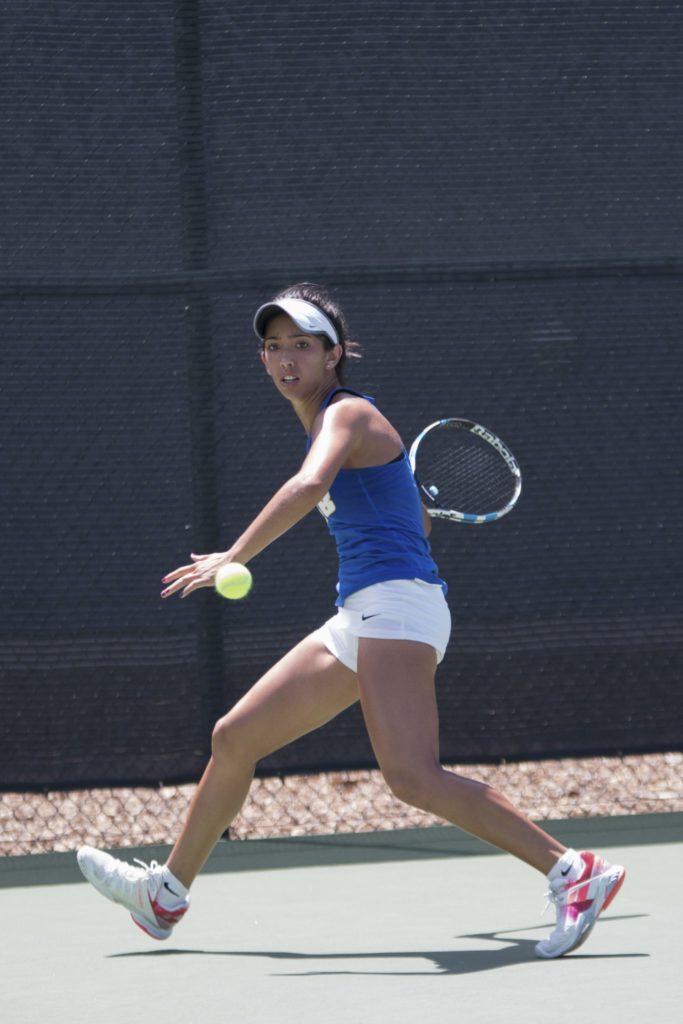 Emerging as key players for the Gauchos’ previous matches against the Mustangs have been senior Jaimee Gilbertson, junior Amanda Atanasson, and junior Natalie Da Silveira, who won each of their doubles and singles matches played over the weekend.

The hot streaks these players are currently on are largely representative of the impressive overall team play the Gauchos have developed over the past month. In addition to benefitting from having five returners from the 2015-16 team, Santa Barbara is a more enticing team to keep an eye on entering the tournament, as it carries a seven-match winning streak into the postseason.

However, for Cal Poly, the outlook coming into the tournament has been a bit less optimistic. The team barely missed out on having to play this Thursday in the first round in which the No. 8 and 9 seeds face off. Yet, even if the Mustangs had won, they would have been forced to face the unbeaten No. 1 Hawaii Rainbow Wahine.

Instead, the Mustangs get a second look at the Gauchos in the quarterfinals and hope to perform better the second time around.

In order to perform better against UCSB, Cal Poly has to make an effort to get ahead early, be it in doubles play or in the first matches of singles play. The Gauchos were simply able to dominate the Mustangs, carrying the momentum from winning the doubles point in singles play during which only one Mustang, junior Molly Reed, picked up a victory in singles play.

Stopping the Gauchos before they are able to get on a run looks to be the only way Cal Poly will be able to come out on top or at least thoroughly challenge UCSB.

Should Santa Barbara get past the Mustangs, waiting in the second round could potentially be either No. 3 Long Beach State or No. 6 UC Davis. A good sign for the Gauchos in these potential matchups is that the team defeated both teams during the regular season. The Aggies also suffered a loss in the quarterfinals of last year’s tournament to UCSB, 4-0.

A potential matchup against the Beach in this year’s tournament could be one of the most exciting.

Long Beach State possesses a long and storied history in the Big West Championships, having been crowned champions an impressive 12 times since 2002.

The UCSB women’s tennis team’s first match in the Big West Conference Championships is against the Cal Poly Mustangs on Friday, April 28, at 9 a.m. The championships run until Sunday, April 30, on which the championship match will be played at 9 a.m.