When I was 10 years old, I didn’t have to constantly rely on a smartphone for quick entertainment. I didn’t even know of the existence of an iPhone; I just remember desperately wanting a Nintendo DS.

I was late on the DS hype as all the students in my class raved over their DS’s and their Nintendogs; I painfully could not relate. But I could daydream! My first DS would be in my favorite color pink, and the first game I would get would be Cooking Mama 2: Dinner With Friends. Fortunately, I was gifted this after months of daydreaming, and I think it’s safe to assume that Cooking Mama is to blame for my current obsession with cooking games and cooking videos.

For those who aren’t familiar with the Cooking Mama games, it’s quite simple: There are a variety of dishes to make, and “Mama” guides you along with instructions to create the perfect dish. The popular Cooking Mama franchise continues to make new Nintendo games, smartphone apps and even a Facebook game. Despite being an 18-year-old in college who has given her DS to her little siblings, I can’t help but still play some of the games from time to time.

When it was announced that a pseudo-sequel to the Cooking Mama series, Cooking Mama: Sweet Shop, is finally being released on May 17 in the U.S. — almost three years since the release of Cooking Mama 5, I finally gave this game some thought. Do these recipes work in real life? All we’re given are simple instructions like “Mix!” and “Fry!” accompanied with an animation, and then Mama tells me I cook even better than her.
Do I really?

As an enthusiast in experimenting with all things food related, of course I had to test this out. I chose four recipes that seemed enticing, each from a different Cooking Mama game: spaghetti carbonara, panna cotta and a combination of chicken kabobs and chicken and rice. Then, I brought them to life.

I started off with the spaghetti carbonara. Having made pasta numerous times before, I had a good feeling about this recipe, as long as I didn’t mess up the sauce. 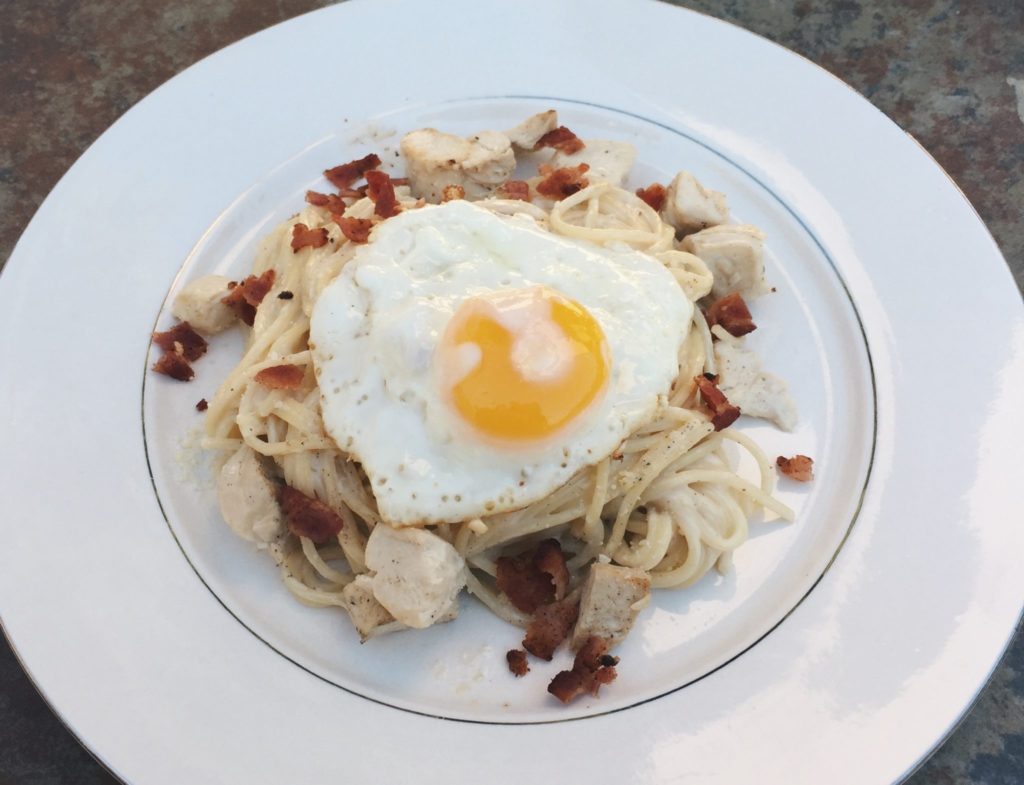 Directions:
Use the pasta machine.
Boil the pasta.
Cut the ingredients (the bacon).
Break the eggs!
Mix it!: Cheese, fresh cream, and eggs
Stir-fry it (the spaghetti) lightly! (Add the mixture, more salt and black pepper.)

Verdict: Though nothing amazing, the pasta was enjoyable to eat. I must note that the pasta lacked a bit of flavor as I had feared from making the sauce, but the taste of bacon definitely made up for it. I decided to add chicken after making a second plate.

For my second dish, I originally just wanted to make chicken kabobs. However, after realizing the ingredients were too simple and the flavor of the chicken extremely bland, I found the instructions for making chicken from the chicken and rice recipe to be more promising. 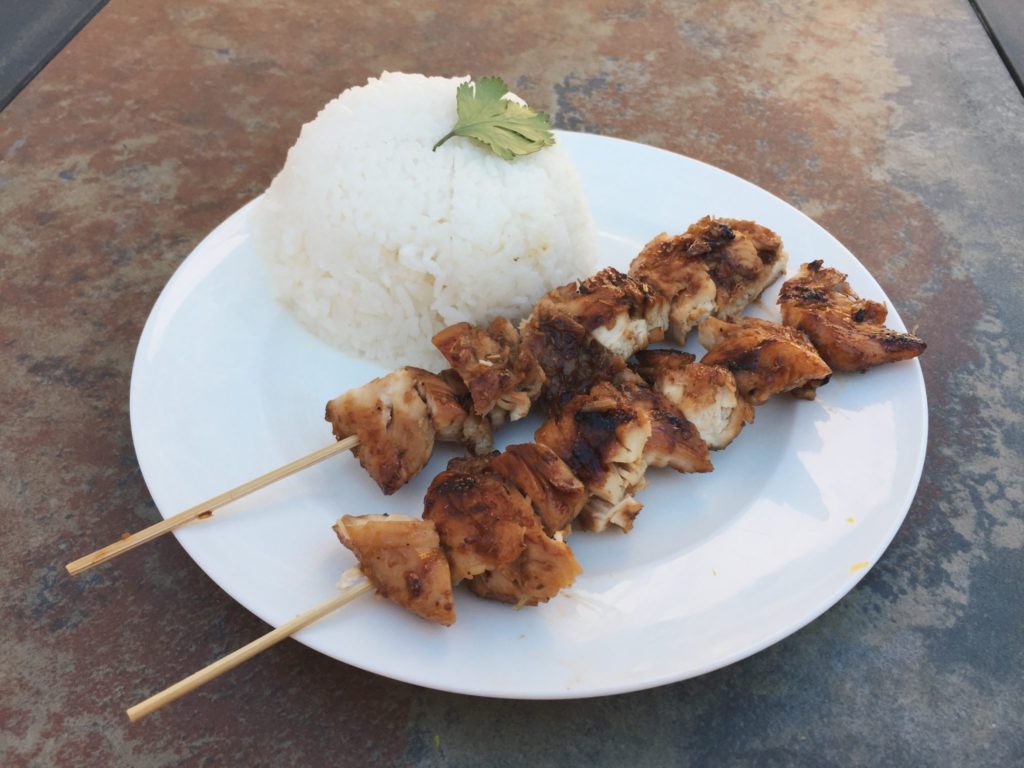 Verdict: This dish was pretty difficult to follow, since I made it harder for myself by combining two recipes. However, this one tasted the best, which I believe was due to a really good soy sauce that my family uses.

For dessert, I chose panna cotta. This was one of my favorite recipes to make in the Cooking Mama game, and I remember wanting to make it in real life. 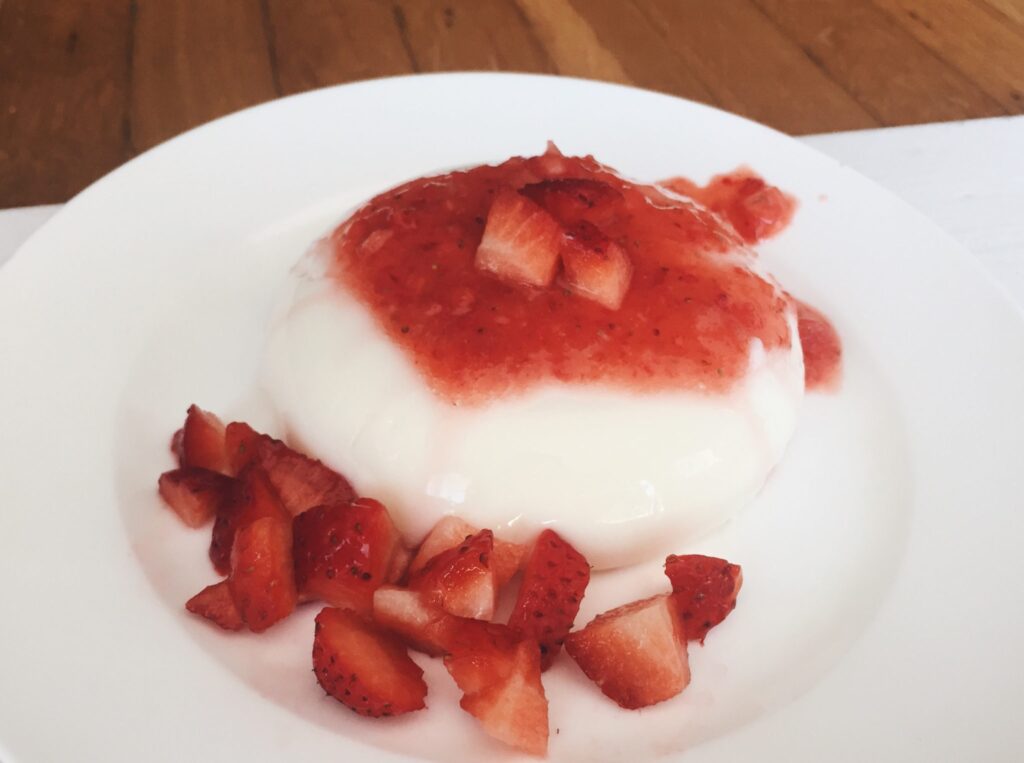 Directions:
Boil ingredients. (Pour milk then add fresh cream, sugar, vanilla extract and gelatin.)
Pour the liquid then refrigerate.
Slice (the strawberries).
Squeeze the lemon.
Use the mixer (blend the lemon juice and strawberries).
Put the filling into dish.

Verdict: I looked at the final product and honestly didn’t even want to give it a taste test. The entire process was so improvised because I had no idea what quantities to add into the mixture. I took a small bite, and, well, it’s edible. I didn’t take another bite.
As I was cleaning up, my sister started eating it, claiming that it was actually really good, so it’s important to recognize that taste is relative when it comes to “reviewing” food.

Though I ended up with very mixed results, this actually was a very fun experience, as I had no idea what to expect from each dish. With instructions so broad, each attempt will be unique and the results will not always be the same. Thus, I suggest giving this Cooking Mama taste test a chance; you’ll definitely be in for a surprise. Though I must conclude one thing from this: I do not cook better than Mama.