The Daily Nexus
Opinion
Pope Francis is not a Progressive Ally
April 25, 2017 at 6:01 am by Logan Clements

Since the beginning of his papacy in 2013, Pope Francis has been met with nearly universal worldwide praise.  In the wake of Benedict XVI, a papacy marked by scandal, Francis was perceived to be the great unifier who would redirect the church’s message to one less focused on the condemnation of sin and more focused on uplifting and encouraging positive actions of faith. Catholics and non-Catholics alike have become attracted to this new approach, and they believe that Francis is going to help “lead the church into the 21st Century.” Even Bill Maher, an ex-Catholic and staunch anti-theist, has come out in explicit support of Francis several times on his show and has referred to him as a “liberal Pope.” This very mainstream conceptualization of Francis’s papacy, while rooted in the desire for peace and positivity, is very misleading. There is pragmatically no difference between the current pope and the previous one, simply a shift in the diction and delivery of their messages.

By living a lifestyle more similar to that of Jesus, he has shifted the secular perception of the church away from that of an archaic theocratic bureaucracy.

One important symbolic difference between the papacies of Francis and Benedict XVI is that Francis presents himself as a more humble human. While Benedict opted for a luxurious Vatican lifestyle, with a gold throne and a crown and robes that were intricately and expensively adorned, Francis takes a more ascetic approach and sits on a wooden throne and wears plain, white robes and sandals. This is a PR success story. By living a lifestyle more similar to that of Jesus, he has shifted the secular perception of the church away from that of an archaic theocratic bureaucracy. But in the actual exercise of his power, Francis has not shifted church doctrine. In fact, when in 2013 Francis was elected pope, most who favored him in the election process favored him because he was a conservative who wanted to maintain all of the existing Catholic traditions, including the exclusion of women from the priesthood, the condemnation of homosexuality and opposition to contraception even within marriage. If an American politician explicitly wanted to exclude women from positions of power, the left would protest him or her mercilessly, as they should, but when stepped in a 2,000-year theocracy, it suddenly becomes excusable because people can point out and say, “Look how humble he is. He used to ride the bus in Buenos Aires.” 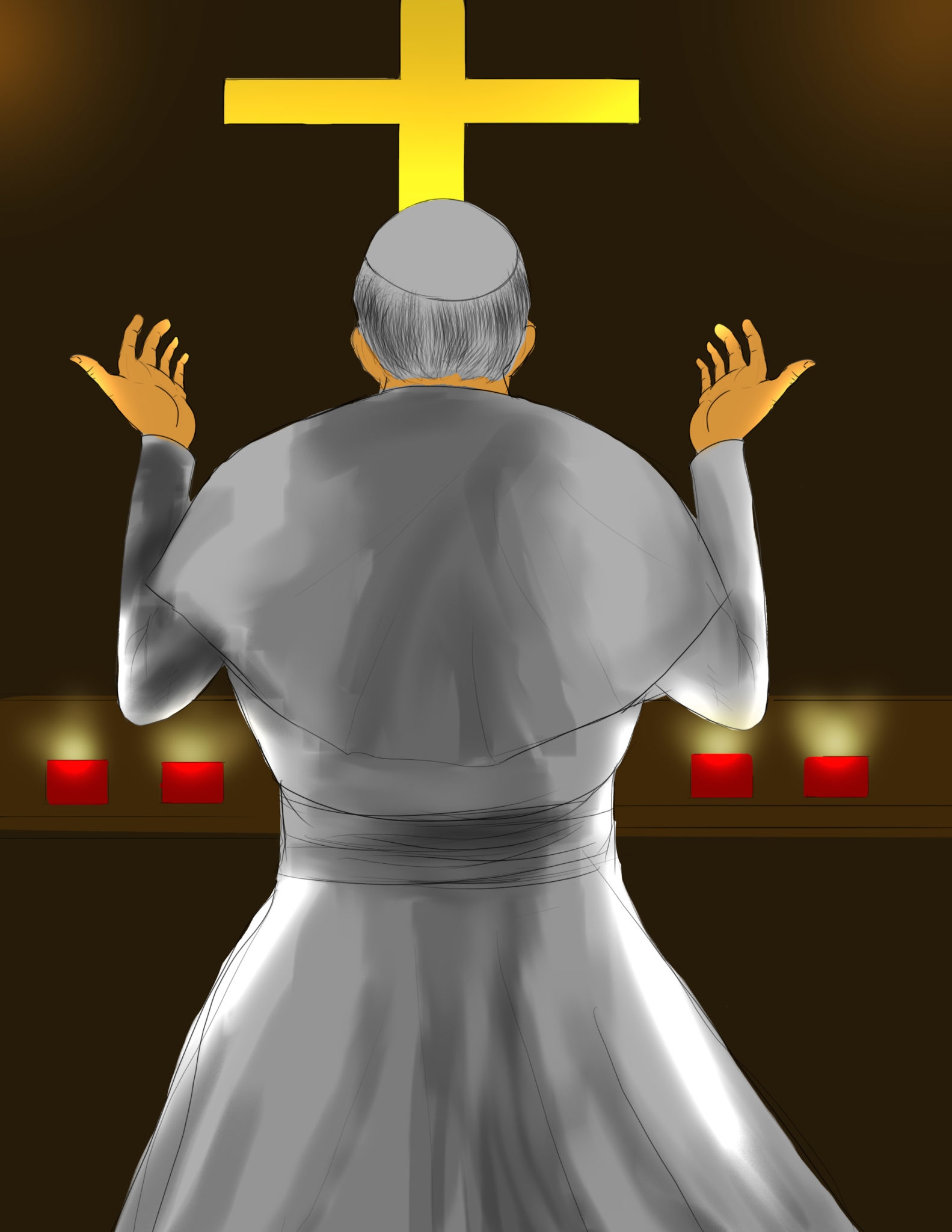 Francis has notably received praise from the left for his criticisms of capitalism. He has been extremely critical of the worldwide billionaire class that often carelessly exploits the lower classes for personal gain. Congruent to this message is his aforementioned image of asceticism.  While admittedly refreshing, these ideas are not in antithesis to anything the church has officially reported in the recent past and certainly does not negate John Paul II’s criticisms of communism. The church has always been an institution of almsgiving and has served as a resource to the poor when other institutions failed to do so. This has not changed under any papacy in modern history; rather, the dialogue that the church hierarchy has had with its constituents has changed, and that has made all the difference.

In the modern era, secularism is becoming a worldwide ideology, and this threatens the church as an institution, as it experiences decreasing membership and loss of influence. Pope Francis couldn’t have come at a better time for the church, for with his more positive phrasing of traditional Catholic messages, he has brought back many who had left the church to re-identify with Catholicism. While I do not believe that Francis’s rhetoric is disingenuous, I believe that it is carefully contrived so as to create as little controversy as possible, and following an extremely controversial era in church history (child abuse, money laundering, etc.), the mainstream public has found positive news about the church to be an invigorating departure from past befuddlement.

While the church has historically been a force for social justice, it has aged very poorly. For instance, less than 50 percent of American Catholics still support the church’s position on contraception.

So while it can be easy to get wrapped up in the positivity Francis’s Vatican exudes, we must remind ourselves that the Catholic church is no ally to secular democracy or libertarian socialism but instead is a patriarchal hierarchy that seeks to maintain its own divinity, influence, and tradition.

For example, very soon into his papacy, Francis excommunicated Father Greg Reynolds, an Australian priest who had expressed the desire for a more inclusive Catholicism involving the ordination of women priests. According to the Vatican, his sermons on the matter were automatic grounds for excommunication. This particular situation proves that Francis’s supposed progressivism is merely an image that progressives project upon him, informed by his words and not his actions.

While I’m not going to stir up hell over an 80-year-old Catholic man for holding conservative beliefs, I will criticize the mainstream reaction to him for merely providing lip-service to communities historically alienated by the church without actually advancing them within the institution. Notably, many LGBT+ ex-Catholics have rediscovered the religion after learning from the new Pope that they, too, can be holy, without reading the fine print that they also must remain celibate their whole lives, conform to traditional gender roles and unquestioningly obey the church.

While the church has historically been a force for social justice, it has aged very poorly. For instance, less than 50 percent of American Catholics still support the church’s position on contraception. Secular democracy simply does not mesh well with patriarchal, theocratic bureaucracy, though the fallacious re-branding of Catholicism as an institution of inclusivity and egalitarianism has convinced many who would otherwise condemn the continued influence of Catholicism on global politics that the conservative nature of the church has at least been partially pacified.

But we shouldn’t praise people for simply being less awful than we initially expected them to be. Donald Trump’s victory acceptance speech on election night last year, surprisingly articulate and unifying given his notorious crudeness, was at the time a source of refreshment and hope for those on the left who may have thought that it was a sign that his presidency might not be so bad. But given the actions he has taken thus far as president and the choices he has made, the illusion of professionalism and grace presented during the acceptance of his win has been revealed as such. The same needs to happen with Pope Francis. Has Francis used his power for good? Absolutely. As far as religious leaders go, he is one of the most benign, and I do believe that everything he does and says is earnest. But rather than accepting the church’s lukewarm extension of solidarity to its former victims as a panacea to the injustices for which it is responsible, we, especially those who do not or have never identified with the institution in the first place, must reject the influence the church has in the realms of gender, sex and personal freedom and regard them as the historical travesties they are. Do not let the less menacing face of the church distract you from the baggage it continues to carry.

Logan Clements Doesn’t want you to be fooled…