It only seemed fitting that it was Jessica Johnston who came up to bat for UCSB with runners on first and second in the bottom of the seventh. 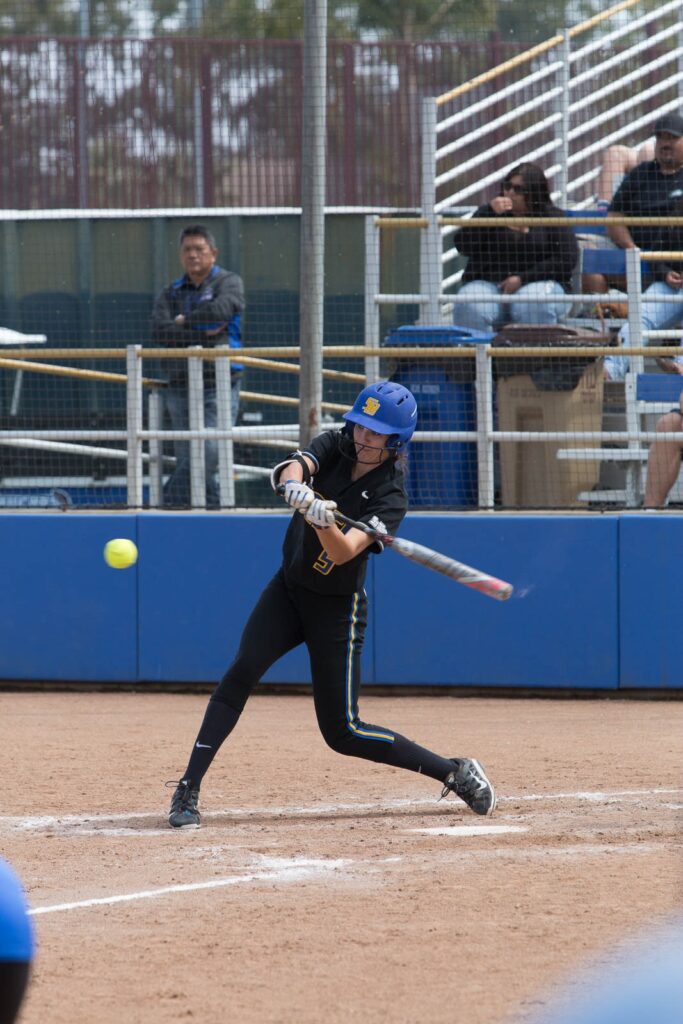 The junior outfielder who was just named the Big West’s player of the week had struck out three times prior to this crucial at bat, however, with the Gauchos down 1-0 to Fresno State with one out on the board she proved that the award was well deserved, rocketing a pitch off the right field wall for a walk-off two RBI double.

While Johnston’s offensive feat proved to be the biggest story of the game, the narrative up to that point was dominated not by the bats, but by the defense.

Coming into Wednesday’s matchup, both teams must have known that runs were going to be scarce and hard to come by as the game pitted UCSB’s ace Veronika Gulvin (17-9) against Fresno State’s phenom Kamalani Dung (16-11).

Both pitchers lived up to the hype to start the game, with both teams coming into the fifth inning having only one hit each. Gulvin was attacking the Bulldog hitters straight on, forcing easy pop ups and groundouts for the Gaucho defense.

Dung seemed unhittable for most of the game, as her ability to challenge UCSB’s hitters with a variety of speeds and elevations on her pitches led to an incredible 10 strikeouts.

Fresno State drew first blood however as junior Savannah McHellon, after a long at bat, drilled an RBI double right over second base to drive in Haley Fuller from second base. McHellon has been great this year for the Bulldogs, leading the team with 36 RBIs, and with the way the game was going it seemed that she had locked the victory up for Fresno State.

The Gauchos ended the fifth inning on the next at-bat by turning an unusual 3-5 double play, but the damage was already done.

UCSB then proceeded to leave runners in scoring position in both the bottom of the fifth and sixth inning, however, Gulvin kept them in the game by not surrendering any more runs.

“Even though she threw a good game, there are still things we can talk about in terms of adjustments and not playing from behind,” Head Coach Brie Galicinao said. “But ultimately [Gulvin] gives our offense a chance to figure stuff out if we start off slow.”

The Gauchos opened up the bottom of the seventh inning with two straight singles from seniors Kristen Clark and Jacqueline Hinojosa respectively, following a leadoff strikeout. This then brought up Jessica Johnston who promptly ended the game.

“[The team’s ability to] make adjustments after coming out flat was key,” Galicinao said. “[Fresno State] was good preparation moving forward for Long Beach cause the pitchers throw pretty similarly.”

UCSB is going to have to be prepared for Long Beach State (19-20, 7-2 conference record) as the 49ers currently sit on top of the Big West standings and come into this next series on a three game win-streak.

This next series is going to be part of a season ending twelve game stretch against conference opponents. UCSB is currently tied with CSUN for third place in the conference but if it continues to grind out victories, first place is right there for the taking.