The Daily Nexus
Sports
UCSB Remains at Home in Search of 3rd Consecutive Series Win
April 13, 2017 at 5:04 am by Calvin Thrift

The UCSB softball team will look to remain strong at home this weekend when it faces Cal State Northridge.

The three-game series includes both teams coming off wins, with the Matadors currently rolling on a four-game win streak. 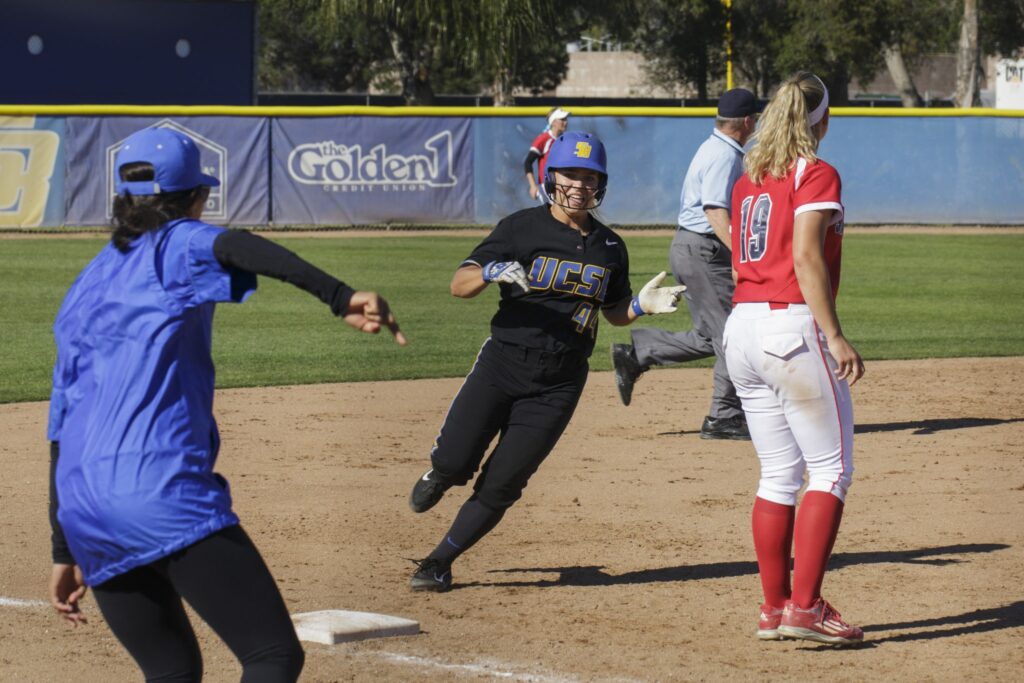 The Gauchos are sitting above .500 so far this year at 22-19 overall and 3-3 in Big West play. At times it has been inconsistent, but UCSB has shown that it has the firepower of big hitters to go on scoring runs either to cut deficits or increase leads.

The Matadors have been the more consistent team thus far in the year, holding a 24-13 overall record and a 4-2 league record this season.

CSUN is 10-2 in its past 12 games, the only losses coming from a talented Long Beach State team.

While there is certainly plenty of softball left to be played, both the Gauchos and Matadors have gotten off to decent starts this season and are looking to improve upon last season’s finishes.

For CSUN, their recent success is at least partly due to senior second baseman Tara Kliebenstein, who has been setting career highs during her senior season.
With CSUN winning its last 18 of 21 games, Kliebenstein is now batting .324 for the season.

Kliebenstein was appropriately awarded Big West Softball Field Player of the Week two weeks ago after notching remarkable performances at the plate with both .600 batting and 1.000 slugging percentages following the team’s doubleheader against Murray State and CSU Bakersfield.

Also a weapon for the Matadors is senior Taylor Glover who is currently batting a conference-best .407 this season.

The momentum-filled CSUN team will hope to keep rolling offensively and utilize their best hitters as they lead the conference in offensive production.

This past Monday, Glover was named the Big West Player of the Week after recording a .444 batting average along with three runs, four RBIs, two stolen bases and a home run in the Matadors series sweep of Hawaii over the weekend.

The Gauchos will look to contain Kliebenstein’s hitting on Friday and Saturday and even balance it out with a talented infielder of their own, sophomore pitcher Alyssa Diaz.
Diaz, from South El Monte High School, came up big for UCSB on Sunday, going 2-2 at bat with a double, a triple and 4 RBI. Diaz was also nominated for Big West Softball Field Player of the Week following her solid weekend performance.

Sierra Altmeyer has been an effective second baseman recently. The sophomore has been racking up career stats in her second season and could emerge to equally challenge the Matadors’ hitting. Altmeyer is batting .392, while at the same time leading the Big West in runs with 35.

In the three-game series against UC Riverside, Altmeyer went six-for-nine at the plate.

Aside from players with recent blow-up performances, a Gaucho to watch is senior outfielder Kristen Clark. Almost a month ago, the former Big West Freshman of the Year passed Christine Ramos to lead UCSB in all-time hits with an impressive 274.

Clark has had spectacular seasons since her freshman year, and she’s still racking up numbers and helping a talented Gaucho team head in the right direction.

Although it’s still early in the season, UCSB sits in a decent position of fourth in the Big West standings with there being a three-way tie for first between Cal Poly, CSUN and Long Beach State.

While the Gauchos have yet to play the Matadors this season, last year’s series between the two resulted in CSUN winning two of three games.

The Matadors would go on to place second in the Big West, right behind the regular season champion for 2016, Cal State Fullerton.

UCSB placed fourth in the standings last year, finishing 28-28 and 11-10 in conference play.

This CSUN series for UCSB should be competitive as well as a good test for both teams with the Gauchos and Matadors both looking to build off of last year’s performances.

The Gauchos will look to avenge last year’s series loss against CSUN beginning at home Friday, April 14, at 3 p.m. and continue with a double header on Saturday, April 15, with games at 1 p.m. and 3 p.m.