Lent is a time in biblical history during which Jesus fasted in the wilderness for 40 days. Every year around beginning around March and extending until the end of the season, which falls on April 13 this year, many Catholics partake in this seasonal fasting. During this time, Catholics withhold meat from their diet every Friday up until the week before Easter Sunday. Because of this restriction, many Catholics turn to the alternative of seafood. 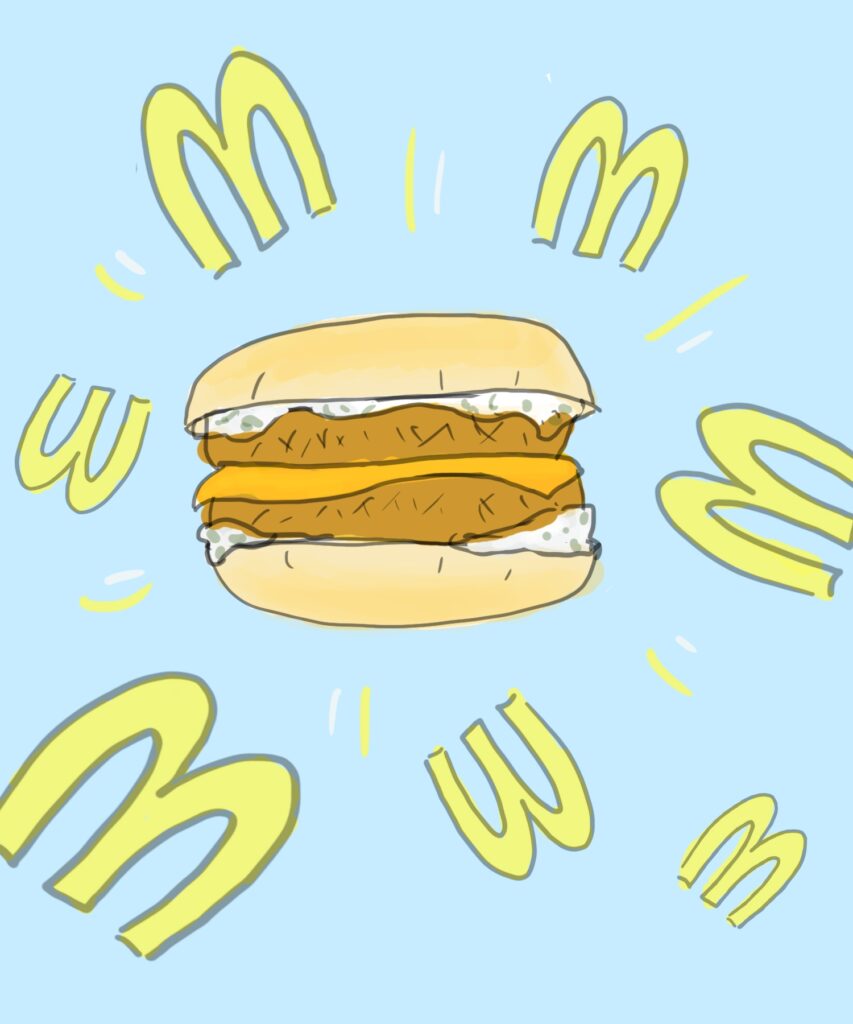 In today’s society, fast food plays a major role in everyone’s daily life. Many people refuse to cook or are too busy to, so what’s the fastest way to get a grab-and-go meal? It is none other than fast food. Despite being known as a burger-only restaurant, during lent McDonald’s has another top-seller, the Filet-O-Fish sandwich, which attracts their Roman Catholic consumers. Every year around March, McDonald’s Filet-O-Fish sales skyrocket.

According to a representative from McDonald’s they sell approximately 25 percent of their Filet-O-Fish during the religious season alone. McDonald’s Filet-O-Fish is made with wild-caught Alaskan pollock breaded in wheat flour. The breaded fish patty is then deep-fried in vegetable oil to add the extra crunchy taste. The sandwich bun is made with enriched flour with tartar sauce that contains soybean oil, pickle relish, egg yolks, onions, vinegar, sugar and spice. To top all this off, customers have a choice of adding American cheese for an extra taste. As simple as it may sound, it is a delicious sandwich that can fulfill the temptation for meat amongst most Catholics.

How did this cheap seafood sandwich come to the market? Way before the Filet-O-Fish burger existed, a pineapple and cheese “burger” was the alternative for Catholics who decided to forgo all meat on Fridays. The loved and hated Filet-O-Fish sandwich was created by a Cincinnati, Ohio-franchise owner who noticed a dip in sales on Fridays when local Roman Catholic customers partake in Lent, due to the burger-only options. The people in his neighborhood were predominantly Catholic and during Lent his sales dropped dramatically when he offered a pineapple and cheese “burger.” Lou Groen then came up with the idea of a Filet-O-Fish sandwich in 1962. When the Filet-O-Fish sandwich was created, it beat out the former meat alternative and earned a regular spot on McDonald’s menu. This sandwich is the only consistent seafood item on McDonald’s menu.

A Filet-O-Fish burger costs $3.79 on a daily basis, but during lent season the price can drop down in half depending on certain stores. At some locations, on Filet-O-Fish Fridays they offered the sandwich for only $1.79 while others may do 2 for $5. Many people, non-Catholics or Catholics, take advantage of this sale and purchase this sandwich every Friday and because of this McDonald’s Filet-O-Fish is in high demand during this 40-day period. According to the Atlanta Journal Constitution, this season is now also known as “Filet-O-Fish season.” So if you are a Catholic who has not tried this easy grab-and-go sandwich, I highly encourage you to do so. Not only it is cheap, but it is also delicious.