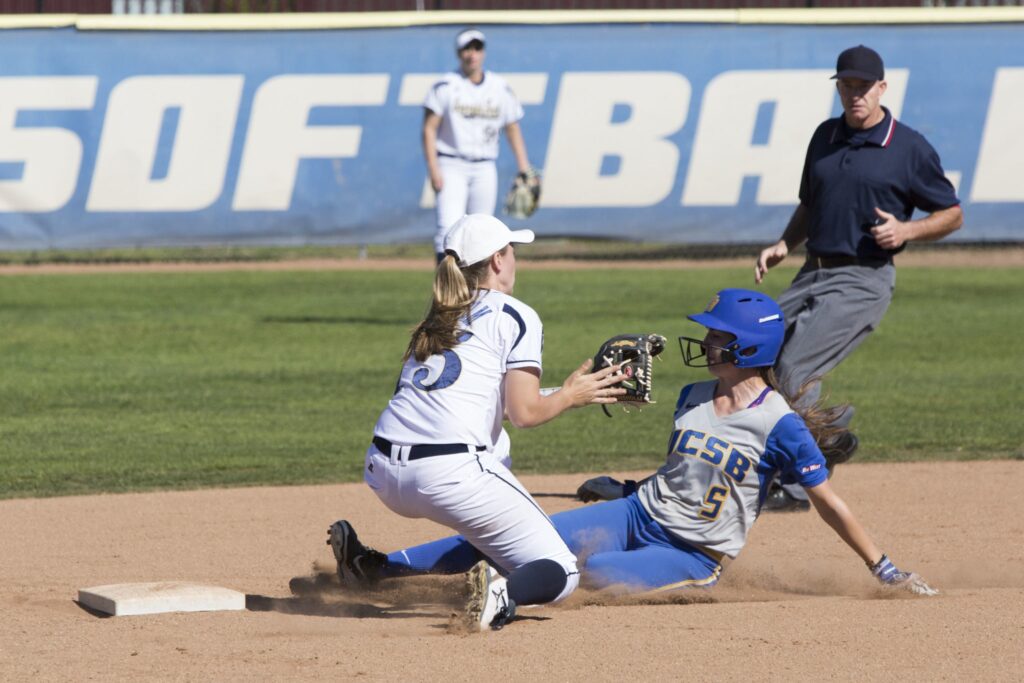 Coming off their most successful stretch of the season, a weekend that included five consecutive wins, UCSB will now come home and host another five games in a three-day duration during the first Gaucho Classic, beginning this Saturday, March 11.

Santa Barbara, now 9-10 overall after five wins, will look to ride its recent hot streak which was capped by a nine frame extra innings victory over Nebraska-Omaha. Saturday’s first match at 1:30 p.m. pits them against Sacred Heart. The Pioneers will come into the game at 3-7, reeling after a six-game losing streak.

Senior infielder Kelyn Fillmore has provided most of the power hitting and run production for the team this season, but she’s been out the past two games, and her availability this weekend is unclear.

Through only playing in the team’s first eight games, she collected 11 hits, one home run, and 9 RBI, all of which still stand as team highs.

Pioneers who have played in every contest this season include junior outfielder Lauren Delgadillo leads the team in at bats with 32, during which she has collected 10 hits of her own. Junior infielder Fallon Bevino has also played in every game for Sacred Heart, doubling three times and tripling once, both Bevino and Delgadillo hold batting averages over .310.

The Gauchos will most likely face either senior Jamie Carlson or junior Kristen McCann on the mound Saturday. Carlson leads the team with 28 and third innings pitched, though McCann is not far behind with 22. Carlson is the team’s clear ace, though, leading the Pioneers with two wins, 23 strikeouts and a serviceable 3.21 earned run average.

Next up for UCSB will be George Washington (6-6) quickly afterward at 3:30 p.m. The Colonials enter the weekend with three straight wins by a total score of 29-4, though the level of competition offered by their opponents, Quinnipiac and Monmouth, is certainly in question.

George Washington finds the bulk of their offensive firepower from both the old and young, as senior infielder and pitcher Paige Kovalsky has been raking to start the season, and first-year catcher and infielder Jenna Cone has shot out of the gate like a cannon in 2017.

Sarah Costlow, a junior right-handed pitcher, is the team’s most relied upon the arm. She’s thrown a team-high 34 innings, starting in every one of her appearances this year. Her 4-2 record, combined with a 2.68 ERA, should have UCSB hoping to face freshman Kaitlin Buff, who has struggled more for the Colonials in her first 20 and two-thirds innings (2-2 record, 4.74 ERA).

Her 4-2 record, combined with a 2.68 ERA, should have UCSB hoping to face freshman Kaitlin Buff, who has struggled more for the Colonials in her first 20 and two-thirds innings (2-2 record, 4.74 ERA).

Sunday holds only one game for UCSB, a 1:30 p.m. contest with the 5-8 San Diego Toreros. USD will have already played Northern Colorado, UCSB’s final opponent for the weekend, earlier Sunday morning, giving the Gauchos an edge in terms of rested legs.

The offense has been up and down for San Diego, though sophomores Taylor Spence (outfielder) and Lauren Kane (corner infielder) have supplied the team with consistent options atop the lineup.

Senior righty Megan Sabbatini leads the team with 47.2 innings pitched, more than double Lauren Berriatua (senior) who has the team’s second most. She’s been shaky in all those innings, however, racking up a 5.73 ERA, 3-6 record, allowing 10 home runs and a .333 opponent batting average.

UCSB ends the Classic with a doubleheader against a less than formidable opponent in Northern Colorado, losers of three straight, on Monday, March 13, with the back-to-back games starting at 1 p.m. The Bears come into this matchup with only a 5-14 overall record thus far.

Dick has slashed .333/.394/.550 with three homers, three other extra-base hits, and eight RBI, while Wiatrack has crushed four home runs of her own, a team high, and leads the squad with 12 RBI and 36 total bases.

Senior Jayme Reddacliff is the only consistent option for the Bears on the mound, already having thrown for an eye-popping 63.1 innings on the season. Her 5.12 ERA and .306 opponent batting average are red flags, though, especially when juxtaposed with her 4-8 record. Northern Colorado figures to provide the Gauchos with an easier opponent to conclude their first weekend of home games in 2017.

UCSB showed a continued ability to win close games this past weekend with four of their wins coming by fewer than three runs. Though the strategy is not a statistically sustainable one, the grit of this Gaucho team does not go unnoticed.

Sophomore infielder Sierra Altmeyer is up to four home runs, three doubles and 11 RBI on the season, and freshman infielder Alyssa Diaz and junior outfielder Jessica Johnston are both up to two home runs and 11 and 7 RBI respectively. The power hitting is starting to come around for a Gaucho team that was in desperate need of deep ball hitters.

Sophomore Veronika Gulvin was able to up her record to 6-4 over this past weekend and get her ERA below four (it now stands at 3.82).

Freshman Felisha Noriega (1-4, 7.81 ERA) is still a questionable option behind her, but Gulvin has begun to prove that she is the ace this team was pining for.

After catching their first wave of consistent winning play this season in Utah last weekend, the Gauchos will try to continue the trend back in sunny Santa Barbara at their first hosted tournament of the year.

UCSB hosts the Gaucho Classic I beginning at 1:30 p.m. on Saturday, March 11, at Campus Diamond.