On Friday, March 3, Soledad Barrio & Noche Flamenca performed an incredible, practically flawless show at Campbell Hall.
If you (like me before this show) aren’t really sure what flamenco dancing is, it is known for its emotional intensity, expressive use of the arms and rhythmic stamping of feet. It can be described as a combination of tap dancing and Irish dancing to Spanish music, but with a completely different technique.

The mission of Noche Flamenca is to “create a diverse theatrical body of performance through song, music, and dance that expresses a rigorous, spell-binding aesthetic in the form of flamenco; one that exceeds the highest artistic expectations,” according to the group’s website. They certainly did just that on Friday night.

The first 30-minute act consisted entirely of a beautiful performance of “La Ronde,” which felt more like a bunch of small sections rather than a collective piece. When the house lights came down and the stage lights slowly dimmed up, all the male dancers and singers gathered in the downstage right corner of the stage. With very little lighting that only showed the audience the men’s silhouettes, the audience got their first glimpse at the most impressive part of the show: how quickly and precisely the dancers move their feet.

Act two contained three separate pieces, “Sin Paredes,” an impressive male flamenco soloist accompanied by a small band, “La Bohème,” a completely a capella singing piece, and “Soleá,” performed by the transcendent Soledad Barrio. Occasionally, it felt like some of the pieces were just slightly too long. Each fragment had five different spots in which you think it might be over — and honestly could be over — but continues on. 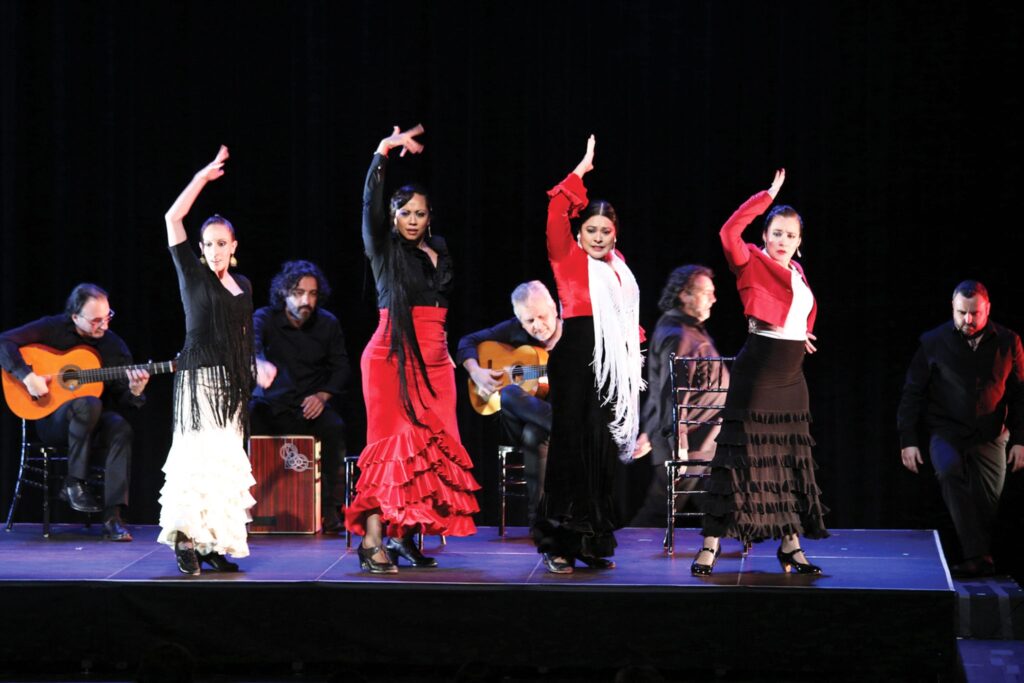 All of music in the show is done live with multiple guitarists, a percussionist and three insanely powerful (and loud) male singers. Everything about the music, from the three singers’ performance of “La Bohème” in the second act to the five-minute-long guitar solo in “La Ronde,” is meticulous. The show is so incredibly well rehearsed, I couldn’t find a flaw anywhere.

The dancers looked like they were having the time of their lives on stage and like they were not just performing for the audience, who shouted, “Olé,” every other minute, but also for the musicians and other performers on stage. The two group interactions were some of the most enjoyable parts to watch. The band was constantly watching the dancers for cues in the music while the dancers were also responding to the music. At one point in act two, every musician on stage was tapping their foot in unison to the others. All the instrumentalists on stage sat or stood close to the dancers, giving the show an intimate feeling, like the dancing was happening in a remote Barcelona club.

The highlight of the entire show was the stunning hip hop/break dance and flamenco duet in act one. The slight interactions between the black male hip hop and Latin female flamenco dancers and the guitarist and percussionist on stage provided nuances and a little humor to the performance. The short and simple dance was one of the coolest performances I’ve ever seen. 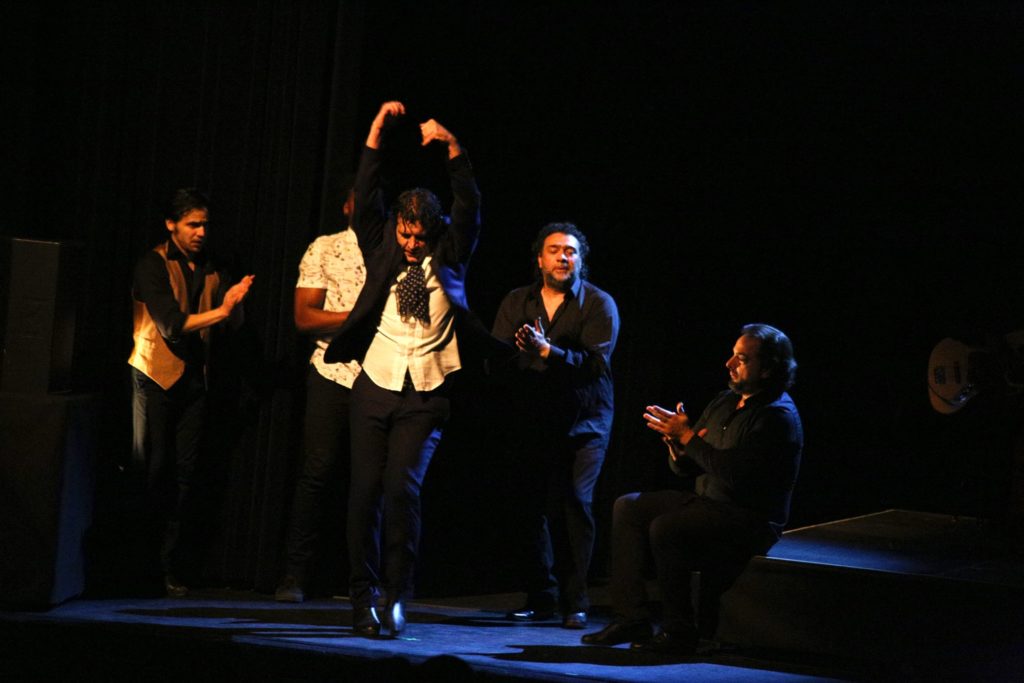 Choreographed by Martin Santangelo, the mix between hip hop and Latin dancing juxtaposed each other while also complementing each style’s individual movements. The bare black stage highlighted with only a single white spotlight shining on a diagonal made it possible to see little bits of dust float into the air around the quick tapping of the Latin woman’s feet. The contrast between the male dancer’s smooth hip hop moves and the sharp precision of the flamenco dancing shouldn’t work together, but I can’t emphasize how well it did. Not to mention, the male dancer did a backflip to which the audience cheered wildly.
“I cried my way through a lot of it; there was so much heart and passion!” stated Karsen Lee Gould, whom I met in the bathroom line. “I can’t get over it.”

That seemed to be the general consensus; when the show came to a close, it was met with an enthusiastic standing ovation from the audience. The cast came out for second bow and encore performance that looked like so much fun, everyone in the audience couldn’t help but dance along. All the performers were freestyling and cheering each other on.

The singing and music was impressive, but it was not hard to figure out that everyone was there to see the dancing. The entire cast, whether they were a dancer, singer or instrumentalist, however, performed brilliantly and with deep emotion.

In this time of increasing darkness, it is important to discover ways to escape and find happiness. The two hours I spent on Friday night experiencing bright and passionate flamenco dancing transported me to a different time and place, perhaps it old Barcelona or Mexico. Either way, I’ll take the group of fully grown adults attempting to tap dance in the parking lot outside of Campbell Hall after the show as a sign of the audience’s agreement.