The Daily Nexus
Tennis
Men’s Tennis Remains in Santa Barbara to Host Baylor and New Mexico
March 9, 2017 at 5:01 am by Richard Benites

UCSB men’s tennis returns following a short week of matches as it prepares to host Baylor University this Thursday, followed by a match against the University of New Mexico on Friday.
Santa Barbara is coming off a previously productive doubleheader weekend in which it split its matchups after sweeping Loyola Marymount 7-0 and barely falling to the University of Oregon at 3-4. 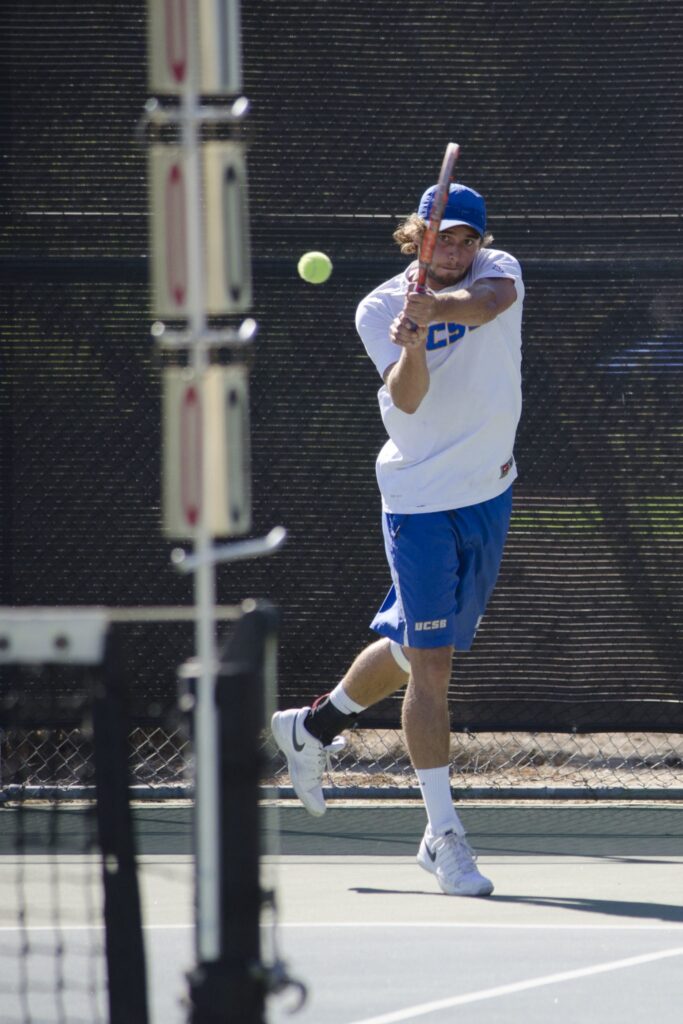 Over the past two weeks, the Gauchos were defeated by both Oregon and Cal who each rank in the top 25 according to the Intercollegiate Tennis Association ranking polls. These close fixtures remain proof of the Gauchos’ elite status as the team looks to break into the top 50.

The pair still remains undefeated in doubles sets and are now up to a nine-game winning streak throughout regular season play, as well as averaging a 39.62 on the ITA score scaling. They continue to impress and climb the rankings as they are projected more success throughout this week as well.

The pair continues to impress and climb the rankings, and the two are projected more success throughout this week as well.

The Bears are coming off a hard-fought 4-3 victory over the University of South Florida. Only sophomores Johannes Schretter and Jimmy Bendeck of Baylor were able to scrape a doubles win at 6-3 as the team dropped the doubles advantage.

Early on into the singles portion, Baylor vaulted back to claim the lead thanks to wins by senior Max Tchoutakian (6-2/7-5) and No. 13 singles star sophomore Juan Benitez. Eventually, Bendeck’s 6-4/2-6/7-5 and freshman Constantin Frantzen’s victories were enough to grant Baylor the late win on the day.

New Mexico is coming off a not-so-successful performance at the Pacific Mountain Invitational. The Lobos lost in both of their matches by a score of 1-4 versus against Fresno State and the University of San Francisco.

No doubles portion was held throughout the entire competition, as New Mexico freshman Dominic West was able to earn his side’s only singles point Saturday morning with a 6-4/6-0 win.

The Lobos were supposed to play their third and final match against Grand Canyon University that night, but the game was dropped due to weather conditions. Overall, it was a weekend

New Mexico surely wish to forget in time to face the Gauchos.

A key component for UCSB includes the Gauchos’ ability to capitalize on the doubles portions of meets. Baylor has yet to earn a doubles point advantage in their past two games, and New

Mexico has gone a few weeks without competitive doubles practice. The doubles advantage his proven crucial to Gaucho success recently, so early-on consistency will always bode well for the hosts.