The UCSB women’s tennis team won its match against the New Mexico Lobos 4-0, after the meet was delayed for two hours due to inclement weather. 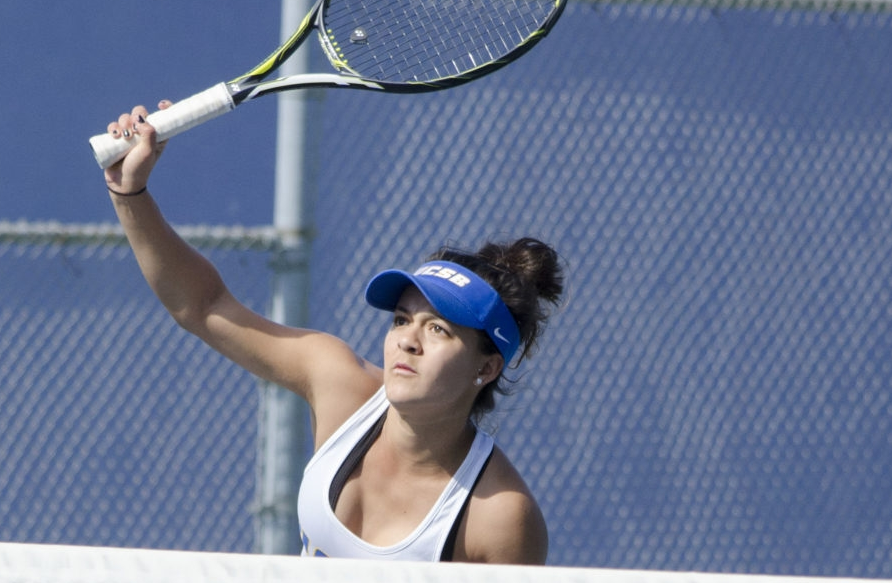 The meet finally began with doubles play where the New Mexico Lobos continued their struggles. The Lobos tandem of seniors Rachana Bhat and Dominique Dulski defeated senior Jaimee Gilbertson and junior Natalie Da Silveira by a score of 6-1. The early win put the Lobos ahead. but the Gauchos were able to answer back in the next set.

Taking the court for the first time this season for the Gauchos was the team of junior Palina Dubavets and senior Melissa Baker, who had been previously paired with sophomore Stephanie Yamada. The pair performed well as they won the set 6-3 against the team of senior Emily Olivier and freshman Diana Wong.

The Gauchos went into this game coming off of a five-game road trip, which ended on a sour note. The team suffered two straight losses with one delivered by the University of Washington Huskies, ending in a straight sweep of the meet, 7-0.

Thankfully. UC Santa Barbara was able to bounce back extremely well in this match. Playing their first game back home since Feb. 12, the delayed start wasn’t the ideal situation for the Gauchos to earn the victory, but the team was able to settle into a rhythm that they were unable to in their previous match. The victory ended Santa Barbara’s two-game losing streak and the team was in control from the beginning to the end of the meet.

For the New Mexico Lobos, the loss to the Gauchos comes at a time where the team is struggling. The team is now 1-9, having not won a game at home or away. The team’s only win was at a neutral site against the University of Wisconsin Badgers on Feb. 18. Since then, the New Mexico Lobos have been on a four-game losing streak, and the team was once again unable to clinch the doubles point, something the team has failed to do in every game they have played this season.